That Beijing sent its top brass to celebrate the 40th anniversary of diplomatic relations suggests China is interested in wider strategic engagement – a challenge Australia must accept if it is to thrive in the Asian Century, writes Laurie Pearcey. 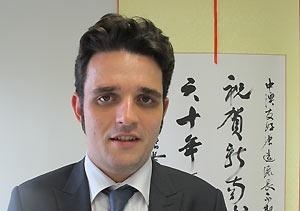 OPINION: The optics of this week’s official celebration to mark the 40th anniversary of diplomatic relations with China could not be more pertinent.

Culminating in tonight’s banquet hosted by Julia Gillard at the Great Hall of Parliament House, Australia’s first female Prime Minister will be seated alongside the only woman reputedly in contention for a top position at China’s recent 18th Party Congress.

In a party-state parallel power structure where traditional patriarchal notions of statecraft are still the norm, Liu is China’s most powerful woman in politics and, given China’s increasing importance to global affairs, is one of the most powerful women in the world.

Rewind to 1972 and the world was, in many respects a vastly different place. Whilst the election that swept Gough Whitlam to power spelled the epitaph of 23 years of Coalition rule, the 28th Parliament was home to only two female senators, with none in the lower house.

For China too, it seemed the sum total of women’s representation in politics amounted to the sinister involvement of Mao’s wife Jiang Qing (the B-grade actor-cum-revolutionary) in the Cultural Revolution.

Two-way trade amounted to a mere $100 million, there was not a single Chinese student at an Australian university, and the idea that China would one day underwrite 21st century Australia’s prosperity would have verged on the fanciful.

To Australians living in the Asian Century, the China story is fast becoming a fact of life.

Annual trade with China is worth more than $100 billion, more than 167,000 Chinese students attend Australian universities, and China has surpassed the UK as our largest source of both inbound tourists and migrants.

For all the political discourse emanating from Canberra about Team KRuddLard navigating Australia through the treacherous waters of the GFC, China’s demand for bulk commodities undoubtedly gave us the wherewithal to weather the storm.

The cynics will tell you that the Lucky Country’s recent terms of trade boom is hardly the product of creative ingenuity and rather our lucrative endowment of natural resources.

Yet this is an all too easy analysis.

Whilst record export earnings were generated on the back of unprecedented demand, too frequently we overlook the Chinese investment that accompanied resources boom mark II.

Canberra has approved more than $75 billion in Chinese investment since 2007. This is underwriting almost a third of the $268 billion in the current resources pipeline.

Few appreciate the skills required from deal makers and company boardrooms to actually pull off the high volume transactions and too many underestimate the intense competition for Chinese dollars in the OECD and around the world.

A recent study by former UBS China president John Larum and former Ministry of Commerce official Qian Jingmin shows that Australia’s traditional status as the top destination for Chinese investment has been slipping in recent years.

It demonstrated that while Australia is falling behind the US and Canada in its ability to attract the high value deals, it is still ranked number one.

This is an impressive feat and is testament to corporate Australia’s deal-making capacity, as well as a solid overall performance from the Foreign Investment Review Board and mostly consistent messages from the federal government.

That said, although Australian investment into China has increased from only 0.7% in 2008 of total FDI output to a little more than 3%, this is a massive imbalance and we should be investing more directly in our largest trading partner.

While commodity prices have recovered from their earlier 2012 lows, they are below their post-GFC highs. It is a truth almost universally acknowledged that they will remain pegged to the Chinese economy for the foreseeable future.

It seems that although China is slowing, there is a school of thought that contends commercial decisions will regain momentum after Party positions in state-owned enterprises (SOEs) and relevant agencies are finalised in the months after the Party Congress.

Although another wave of massive top-down infrastructure based stimulus looks unlikely, China’s new wave of SOE bosses and cadres will be keen to make their mark if, as expected, China continues its global investment push.

At least over the short to medium-term, Australia’s political engagement with China is dependent on the electoral fortunes of the Gillard Government and the panda hugging credentials of a potential Abbott premiership.

Whilst the messages accompanying Andrew Forrest’s recent business alliance initiative would have you believe otherwise, government-to-government engagement, as well as bilateral dialogue with industry, has increased dramatically over the life of the ALP administration.

Australia must continually strive for stronger mechanisms to facilitate greater dialogue in areas outside our immediate strengths in energy and resources.

That Beijing sent its top brass in education and research to celebrate the 40th anniversary suggests China is interested in forming a wider strategic engagement. Australia must accept this challenge if it is to thrive in the Asian Century.

Laurie Pearcy is Director of The Confucius Institute and of China Strategy & Development at UNSW.