A UNSW project exposing widespread sexual violence in international refugee camps has resulted in a commitment to act from the UNHCR. 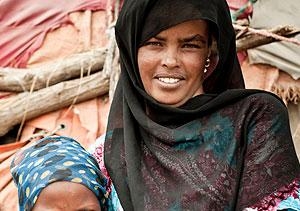 A UNSW project exposing widespread sexual violence in international refugee camps has resulted in a commitment to act from the UNHCR.

The UNHCR selected the CRR to conduct the project as part of the 60th anniversary of the Refugee Convention this year.

The project culminated in 10 refugee women in Jordan, Colombia, Zambia, Uganda and Finland travelling to Geneva to present their survival stories to the UNHCR with support from CRR academics and UNSW Masters of International Development interns.

The High Commissioner opened this month’s Ministerial level inter-governmental meeting in Geneva with a personal commitment to addressing sexual and gender based violence in refugee camps.

“I will do everything possible to uphold and strengthen UNHCR’s commitment to address sexual and gender based violence and to support states in ensuring access of survivors to justice,” he said. “If we cannot get protection right for women and girls we won't get it right for anyone.”

Minister for Immigration and Citizenship, Chris Bowen, also pledged support, stating that Australia’s newly appointed Global Ambassador for Women and Girls, Penny Williams, will engage with the UNHCR and refugee groups to promote the empowerment of women.

CRR’s director, Dr Eileen Pittaway, has worked with refugees for more than 40 years. She said the personal pledge from the High Commissioner was a “better outcome than she could have ever imagined”.

“It was extremely difficult and painful for the women to go to Geneva and speak out. They were so brave in sharing their stories and making demands of the UNHCR, governments and NGOs,” she said. “This makes it all worth it for them.”

Dr Pittaway is contacting the refugees involved in the project to let them know about the positive outcome.

“Some of them have access to email, but for others the good news needs to filter 600km into the jungle. We are committed to making sure the message gets to them.”

Dr Pittaway will discuss future funding for services aimed at preventing sexual violence against refugee women and girls in camps and urban slums with Australian government funding bodies this week.

Refugee Week in your neighbourhood