A training program for youth justice officers that develops interpersonal and behaviour management skills has improved safety and culture at its trial sites. 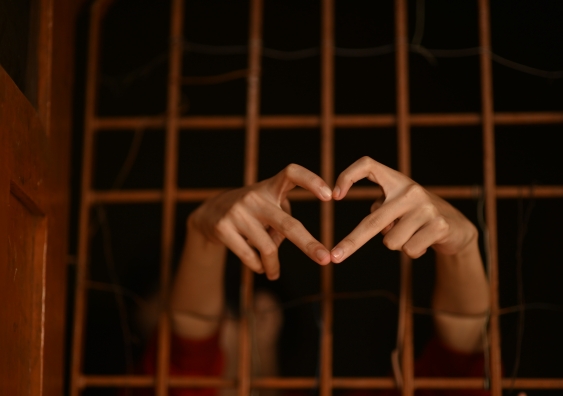 Towards an effective practice model for youth detention in NSW aims to improve outcomes and practices for young people in custody and the wider community. Photo: Unsplash.

'Towards an effective practice model for youth detention in NSW', funded by an ARC Linkage grant, seeks to enhance the safety and rehabilitative culture of youth justice detention centres. The project, a partnership between UNSW Sydney, Monash University, Swinburne University of Technology and Youth Justice NSW, was trialled at three NSW youth justice centres.

“These [young people] are amongst our most vulnerable people in the state. [The research demonstrates] the value in developing these [strong interpersonal] skills and relationships,” says one of the chief investigators, Dr Phillipa Evans from the School of Social Sciences, UNSW Arts, Design & Architecture.

Dr Evans is a social worker and criminologist with more than 18 years of experience working in mental health, child protection and youth justice. Her research examines supervision skills in youth probation, community-based supervision of young people who offend, challenging pro-criminal attitudes and behaviours in young people who offend, rehabilitation, and family and relationship therapy.

Dr Evans says this kind of evidence-based training the model adopts is essential to give young people the best chance to rehabilitate. The training directly addresses workplace cultures that have historically prioritised security measures over more holistic responses.

The program combines specialist training, coaching and on-the-floor supervision. It leverages program “champions” – staff members who demonstrate the desired positive behaviours and are respected by peers – to encourage greater participation from custodial staff.

Champions undertake the training in advance of the all-staff rollout, following a train-the-trainer model, then they provide strengths-based coaching to reinforce these values on the job, Dr Evans says.

“The research is very much acknowledging that youth officers have got a role in safety and security – that they’re working in a custodial environment – but they’ve also got a role as a helper, and they’ve got to balance that,” says Dr Evans.

Young people often present in heightened emotional states, and officers need to be able to de-escalate situations to maintain a safe environment. But they also have a responsibility to check in with young people to make sure they’re okay, she says.

In July 2016, ABC Four Corners broadcast “damning” footage of the centre’s mistreatment of youths in juvenile detention, prompting the Royal Commission into the Protection and Detention of Children in the Northern Territory.

The Commission’s final report found systemic failures had resulted in breaches in practice, including verbal abuse, excessive force, humiliation, inappropriate and punitive isolation, and the denial of access to water, food and the use of toilets. Some 1200 youths were affected.

The Commission’s findings promoted sweeping changes in the Northern Territory and greater scrutiny across the sector.

“Youth officers have got a role in safety and security...but they’ve also got a role as a helper, and they’ve got to balance that.”

Dr Evans says that youth justice officers are recruited through diverse pathways, creating an eclectic workforce. For example, while all Youth Justice NSW staff are recruited for their core capabilities to work effectively with young people, some staff have master’s qualifications, while others have joined with trade or other qualifications.

For this reason, ensuring youth justice officers’ have a good understanding of their role was an important part of both the training and research to inform future program design and measure its success, Dr Evans says.

Researchers interviewed officers at the trial and control sites before and after administering the EssenCES “prison climate”, a short questionnaire designed to assess a site’s social “climate” or culture and its potential impact on health, well-being and rehabilitative outcomes.

“It was important that we could use a measure with both young people and workers to get a sense of how safe they felt in a custodial environment,” Dr Evans says.

The researchers also interviewed youth justice officers regarding their perception of their authority, orientation towards young people and their ability to rehabilitate, and whether they worked with young people to set goals.

The initial findings of the research have been very promising, including an improvement in custodial climate across the experimental sites, Dr Evans says.

The model was successful in breaking down barriers, such as suspicion around outsider interference, through its use of peer allies and was ultimately well-received, she says.

“We are committed to engaging with young people within our care to improve their life outcomes, particularly Aboriginal and Torres Strait Islander young people and young people with mental health challenges, and to provide staff with evidence-based training, resources and supervision for their continuous improvement.”

This is vital if we want to improve outcomes for young people in custody, including reducing recidivism rates, she says.