Good governance is the right thing to do, and boosts the legitimacy of decision-making. If moral chivalry doesn't appeal, here are two more reasons: it's cost-efficient and delivers better solutions. 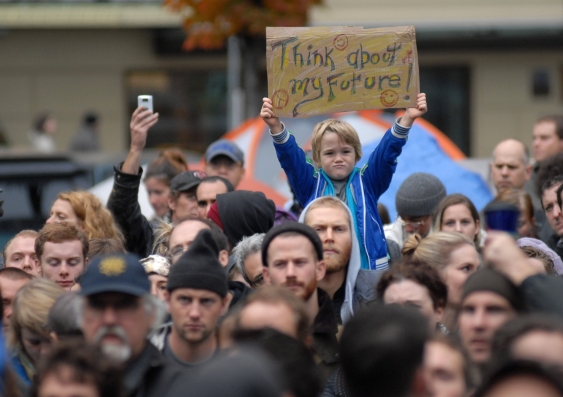 OPINION: Many people are watching the Donald Trump campaign in the US and wondering: how has it come to this? Anti-politics, populist, and some say even authoritarian candidates such as Trump have risen in recent years across established democracies, along with rising polarisation and increasing political instability.

In Australia, federal instability symbolised by the Rudd-Gillard-Rudd and Abbott-Turnbull machinations has left many Australian citizens concerned that leadership spills may now have become a regular feature of Australian politics. And despite NSW Premier Mike Baird’s historically high personal approval rating, NSW has also recently experienced its fair share of political drama.

Large-scale protests – often centred around lack of consultation – are not uncommon in NSW and are starting to shift election outcomes. The NSW government has tightened the rules on protest (which has sparked further demonstrations).

The common thread here is governance: the relationship between the state and civil society. Many NSW citizens appear to be indicating they feel disenfranchised, marginalised and silenced when it comes to policymaking. Could doing governance differently make NSW more prosperous?

Good governance can lead to a stronger NSW

Governance means different things to different people, but there are some common features.

Governance refers to the processes of public decision-making and the processes by which decisions are implemented. Government, citizens, business, unions, and other civil society organisations are all involved.

The process starts with identifying issues of concern to citizens and ends with evaluating the effects of policy decisions. It involves much more than simply holding periodic elections – it means making and implementing decisions that are participatory, accountable, responsive, transparent, equitable, effective, efficient, and that follow the rule of law.

Good governance is the right thing to do, and boosts the legitimacy of decision-making. But if moral chivalry does not appeal to you, here are two more reasons.

Good governance leads to better solutions. Citizens’ capacity to solve problems is greatly undervalued. Better involving citizens in deliberation about how to solve problems may actually result in much better outcomes – socially and economically. We should make better use of the wisdom of the crowd.

Good governance is also cost-efficient. Ensuring support of citizens and other stakeholders may reduce the costs of policy implementation. Involving citizens creates a more legitimate process of decision-making and creates a positive perception of government. Engagement ensures that outcomes of policymaking processes are more widely supported.

Good governance is happening – but we need more of it

Good governance as described above can work, and in some cases is already happening in NSW. For example, governments have:

The challenge is to draw lessons from these positive examples and apply them more broadly. Encouraging engagement between constituents (citizens young and old, organisations, networks and governments) requires enhancing opportunities for citizens to have a voice, as well as fostering a culture of listening among lawmakers. Ongoing commitments beyond one-off events and experiments can cultivate the cultures and skills required for good governance.

One practical step could be the creation of a NSW Citizen’s Forum, tasking a representative sample of NSW citizens with the challenge of imagining an ideal NSW in 2025. Finding out the priorities for the public will give a starting point on what policy changes are needed for implementation.

Creating a specialised agency that facilitates regular citizen engagement in policymaking will also help. The agency may be tasked with engaging citizens in the problem and design stage of policymaking, rather than putting fully developed policy proposals to citizens and asking their response.

A long-term commitment to such an approach would position NSW as a leading state in good governance and produce better long-term policy for a vibrant NSW now and in the future.

This is part of our Reimagining New South Wales (NSW) series. For this series, vice-chancellors in NSW asked a select group of early and mid-career researchers to envisage new ways to tackle old problems and identify emerging opportunities across the state.

Reimagining NSW: how the care economy could help unclog our cities

Reimagining NSW: four ways to boost community well-being and why it matters

Carolien van Ham is a Lecturer in Comparative Politics at UNSW.

Anika Gauja is a Senior Lecturer, Department of Government and International Relations, University of Sydney

Noah Bassil is a Senior Lecturer in Politics and International Relations, Director of the Centre for Middle East and North African Studies at Western Sydney University

Philippa Collin is a Senior Research Fellow, Institute for Culture and Society at Western Sydney University.