Opinion Reliance on 457 visas blunts the vision of the NDIS 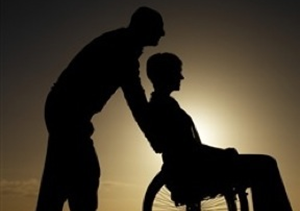 OPINION: With the legislation now through both houses of parliament, The National Disability Insurance Scheme, or DisabilityCare, is law, and will quickly become a defining feature of Australia’s social policy landscape. Gillard’s Medicare-style tax levy, now locked in through the federal budget, will ensure a reliable flow of funds to the Scheme, and with the prospect of sustainable federal funding on the table, most states and territories have signed up for the national roll-out, and agreed to foot a share of the bill.

But with only weeks left before its launch, closer consideration of the detail of DisabilityCare, including how the organisations providing disability services, and their paid employees will cope, is well overdue.

For many years, demand for formal support services has been growing, and providers have struggled to properly resource their responses. De-institutionalisation since the 1980s has seen more people with severe or profound limitations living in the community, and in coming decades, the number of people aged under 65 with core activity limitations will continue to grow. In 2011, services funded under the National Disability Agreement were assisting one in 71 people, compared with one in 94 people in 2006.

In response, the number of workers who provide care and support for people with disabilities is also growing. Between 2012 and 2017, growth in the number of aged and disability carers is expected to be about 24%, even before the NDIS rolls out nationally, while the full rollout is expected to require the disability workforce to double. At the same time, the age structure of the paid care workforce means many workers will retire in the next decade.

In this context, it is no surprise that a large employer is pleading to meet the industry’s growth needs with temporary overseas workers. This avenue is already available for skilled positions such as nursing, special education, and social work, as well as some mid-skill welfare occupations. The use of temporary visas to ensure sufficient supply of lower skill personal carers seems a short-sighted and ill-suited response to real problems of long-term under-investment in the sectors greatest asset: its frontline workforce.

First, the “457 solution” is poorly aligned with the NDIS' vision of promoting the capacity of consumers to choose their own support staff, and in some cases to employ them directly, because 457 visaholders can only be employed by organisations, not by individuals.

Second, a temporary workforce is less than ideal for people with disabilities and their families. Support is labour intensive, and the personal element of the work means the security and consistency of sustained relationships is the key to quality, as these give the foundation for fostering capabilities, wellbeing and participation of people with disability, and promoting NDIS goals of choice and empowerment.

Third, the nature of disability support work means temporary migrants may be exposed to levels of exploitation over and above that already experienced by the domestic workforce. While staff working in the homes of people with disabilities are vulnerable to isolation, a lack of collegial support and poor union representation, those on 457 visas will face additional barriers in raising concerns over pay, conditions and health and safety, because their visa and residency (as well as employment) depends on employers. The limited capacity of the Department of Immigration and Citizenship to monitor employers’ compliance is well known.

Addressing workforce shortages with a temporary overseas workforce would leave intact the underlying structural workforce problems, and risk exacerbating the vulnerability to low pay, insecurity, and under-skilling of this female dominated workforce.

Upskilling is far from straightforward, as under the NDIS, it is unlikely that qualifications will be mandatory. FAHCSIA’s portfolio budget statements indicate a commitment to exploring the Scheme’s workforce implications, with DisabilityCare Australia charged with developing a Workforce Plan. However, it remains unclear whether and how the training required will be paid for or delivered, and whether the cash payments allocated to consumers to direct to their preferred mix of supports will be sufficient to pay decent wages and to backfill while support workers up-skill. Our co-authored research underlines how individual funding models can result in financial uncertainty for organisations, and can raise challenges for planning a co-ordinated industry agenda to address recruitment and training needs.

Structural problems of low pay, low status, poor working conditions, and poor access to opportunities for skill development act as disincentives for workers to remain in the disability industry. A strategic, national and collaborative approach to addressing these will be necessary if the high expectations of the NDIS are to be met.

As demonstrated in recent postings on the federal government’s “Your Say” forum for the NDIS, service users and their families take these problems seriously, frequently pointing to problems of unreliable, inconsistent support, and high turnover.

From July 1, experiences in the NDIS launch sites will be closely scrutinised. As others have pointed out, there will inevitably be glitches with an initiative of this scale, and with this level of ambition.

If the NDIS is to deliver on its promise of sector expansion and choice for consumers, problems of workforce shortages, and associated issues of low pay, insecurity, low status, and under-investment in skill development, must be properly addressed. We need look only as far as the recent deals between the federal government, employers and unions in early childhood and aged care to see the value of a more co-ordinated, long-term approach.