Report uncovers a grim picture of child poverty in Australia

Research conducted by UNSW’s Social Policy Research Centre has revealed an increase in the number of children living in poverty. 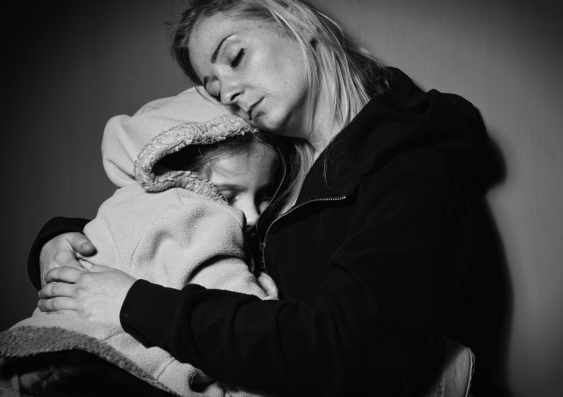 The number of Australian children living below the poverty line has increased in the past decade, according to research conducted by the University of New South Wales’ Social Policy Research Centre (SPRC).

The research was conducted for the Australian Council of Social Service (ACOSS) by Professor Peter Saunders, Associate Professor Bruce Bradbury and Dr Melissa Wong from the SPRC, part of the Faculty of Arts & Social Sciences.

“Almost 731,300 children are living in families below the poverty line after taking account of housing costs and many will bear the scars of unmet need, exclusion and limited opportunities into their youth and adulthood,” Professor Saunders says.

He notes the recent revelation that Australia has outperformed other OECD economies by achieving 25 consecutive years of positive economic growth.

“It means that someone born in 1991 now lives in a country where household disposable income is about twice the level it was when they were born, even after taking account of rising prices and population growth. The economic pie has grown substantially over the period, but many are still missing out, as the figures in this report indicate,” he says.

Despite this strong economic performance, Australia’s 2014 poverty rate ranks 14th highest out of 36 OECD countries – well below the rate in the United States which is second-highest at 17.5% but way above that in Denmark, which is second-lowest at 5.4%.

“The fact that there are six countries with a poverty rate of 8% or less shows that it is possible to make substantial in-roads, even in countries that we have consistently outperformed economically,” Professor Saunders says.

We need as a society to commit to tackling poverty in all its forms so that every Australian faces the same level playing field of opportunity.

The report, launched by ACOSS to mark the start of Anti-Poverty Week, found that nearly three million people – or 13.3% of the general population – were living in poverty in Australia in 2014. This was down slightly from its level in 2011-12 and further down on the peak figure of 14.4 per cent in 2007-08.

People who are unemployed are at greatest risk of poverty, with 63.2% living in poverty. The majority of people below the poverty line rely on social security as their main source of income (57.3%), although a significant proportion (32%) receives wages as their main income.

Professor Saunders says that poverty needs to be addressed not only because it is bad for those it affects but because it is also bad for individuals and families, for society and for the economy.

“Poor health is often a consequence of poverty. It prevents people from realising their potential to contribute economically, thus reducing economic output and placing extra demands on our health care system. Tackling poverty will thus lead to better overall health, a more productive workforce and fewer demands on a health system that is already stretched to the limit: a win-win situation,” he says.

“We need as a society to commit to tackling poverty in all its forms so that every Australian faces the same level playing field of opportunity. This report reveals that much of what is involved in achieving this simple but inspiring goal still lies ahead. We have proven adept at generating the economic resources needed to reach that goal, now we need to use them wisely to help get us there. We can do better, and we should.”