Opinion The rise and fall of Rentboy.com 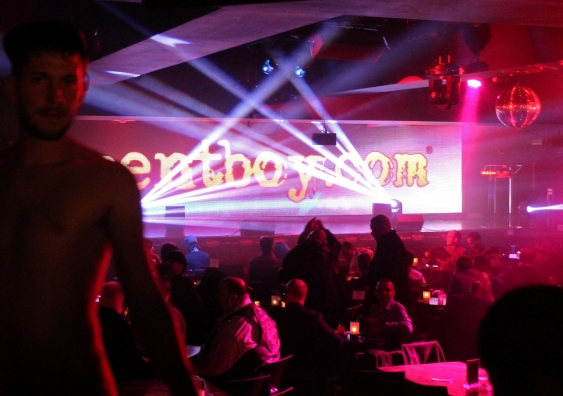 OPINION: Earlier this week, the New York Police Department in partnership with Homeland Security arrested seven people and seized a number of documents pertaining to the website Rentboy.com.

Although the website purports to help men connect for companionship only, authorities allege that it has been used to “facilitate the promotion, management, establishment, and carrying on of an unlawful activity, namely an enterprise involving prostitution”.

Unlike Australia, which started the decriminalisation of sex work as early as 1992, sex work is illegal across all of the USA, save a few counties in Nevada where it is subject to heavy regulation. The raid on Rentboy.com raises important questions about sex work, including its visibility, consumer demand for such services, and the ongoing marginalisation of those who buy and sell sexual services.

If rational and consenting adults choose to engage in commercial sexual exchanges, should authorities be diverting police resources to preventing such activities?

While some feminists have argued “yes” to this question on the grounds of gender inequality, these concerns are less immediate in the context of same-sex exchanges. Independent of such arguments, however, is the stark reality that even partial criminalisation (often misleadingly called “legalisation”) only results in the creation of a darker reality for sex work.

Research is clear: criminalising sex work pushes it deeper underground, disconnects sex workers from services, and fosters more dangerous working conditions. It is in the shadow of criminalisation that corruption and violence flourish.

By contrast, decriminalising sex work opens vital avenues to health and social welfare services, and can combat the scourge of people trafficking partly by fostering transparency.

Thus, it was a positive sign when Amnesty International last week passed a resolution in support of sex work decriminalisation globally on the basis of these and other principles of human rights.

Rentboy.com is the oldest and most popular website for male sex workers, who pay a monthly fee to advertise to and connect with potential clients. The site has been in operation since 1997 – longer than Google – and receives an estimated 4 million hits annually. By comparison, Qantas’ website receives about half that number.

In today’s digital world, it is hardly surprising that many sex workers turn to the internet to connect with clients. Among a recent survey of male sex workers, it was reported that the vast majority meet their clients online. Online advertising has a number of benefits in that it allows sex workers to choose their work location, minimises overheads, and, along with decriminalisation, facilitates a range of work methods that enhance safety and security.

The benefits of online advertising also flow to sex work clients. Compared to earlier forms of advertising in print media, the profiles offered on these services are highly detailed and contain a rich assortment of photographs, videos and information.

By contrast, recruiting clients in public spaces – what is sometimes referred to as “street sex work” – poses a number of risks. Notable among these are the exposure to violence, which street sex workers report at staggeringly high levels from potential clients, strangers, and even police officers.

That is to say nothing of the challenges of negotiating a safe and satisfying arrangement in a public space, where the fear of arrest or harassment can overwhelm decision making.

Thus, the growing place of the internet has not only meant an improvement in working conditions for many sex workers, but also a general shift in the visibility of sex work.

That is not to suggest that sex work has disappeared or declined in recent decades, but instead that its movement away from a street base has made it less visible and, it might be argued, less exposed to public scrutiny. As the adage goes: out of sight, out of mind.

The user-directed nature of contemporary sex work operating in online spaces leads one to question the sudden interest in Rentboy.com from American authorities. After operating for nearly two decades in plain site of anyone with access to the internet, one might assume that there are more details to this story than are currently available.

Certainly as time passes the details of this investigation will continue to unfold.

Whatever the reasons Rentboy.com became the target of such a large-scale investigation, the scenario highlights society’s ongoing hypocrisy towards sex work. In the USA, sex work is illegal, and yet an infinite number of sex work websites and services are allowed to operate every day until suddenly, they are not.

Even in countries like Australia where sex work is legal, there are moments – such as the recently announced review of brothel regulation – where public attention turns once again to sex work, begging the simple question: why now?

Although the fall of Rentboy.com will leave a void in the market for men who buy and sell sex, it is likely to be only temporary. If we are to learn anything from the history of humanity, it is that sex work is an enduring social expression of sexuality.

It is well and truly time to move beyond questions of the “place” for sex work in contemporary society and ask instead about how we create an enabling space, where satisfying and healthy employment is the norm.

Denton Callander is a Research fellow at the Kirby Institute at UNSW.

John Scott is a Professor, School of Justice, QUT.

Australian women buy sex but society isn’t okay with it

The stigma of sex work comes with a high cost