Thousands more gifted students are now able to jump a class, thanks to a landmark book on accelerated learning. 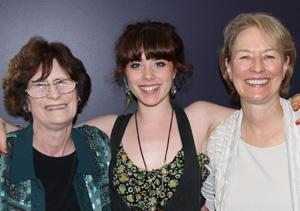 Thousands more gifted students are now able to jump a class, thanks to a landmark book on accelerated learning.

“A Nation Deceived: How Schools Hold Back America's Brightest Students” argues for academic acceleration of gifted and talented students. This includes starting school early, subject acceleration or skipping a class.

Since it was published nine years ago, the book has transformed the lives of many students in the US and other countries such as Australia, argue its authors.

Two of them were part of a panel discussion hosted by UNSW’s GERRIC (Gifted Education Research, Resource and Information Centre). Emeritus Professor Miraca Gross from GERRIC and Professor Susan Assouline, Director at the Belin-Blank Center at the University of Iowa, spoke about how the book had influenced policy and teacher training.

“Things have really improved in Australia in the last three to five years,” said Professor Gross. “We’ve got such a lot of interest in gifted education from teachers. This means they are more able to act on what they know.”

Professor Assouline, from the School of Psychology at the University of Iowa, says until the work came out, there was effectively an ‘anti-acceleration’ strategy.

“Some people think that doing nothing is ‘safe’, but actually if you don’t do anything, the children become disengaged and the whole of society loses,” says. “In some cases, kids would have dropped out of school.”

She says that although acceleration is still under-used, there are positive changes at the school, district and state level.

Also speaking on the panel was 21-year-old Jessica Bloom, who took part in GERRIC workshops and was accelerated in primary and high school. She is about to start her PhD in Astrophysics.

She says while it wasn’t without problems, saying "yes" to acceleration opened up many new learning opportunities.

Gifted students join league of their own