Australia will need to stake out an independent position on matters that come before the Security Council while developing a national approach to the global agenda, writes Anthony Burke. 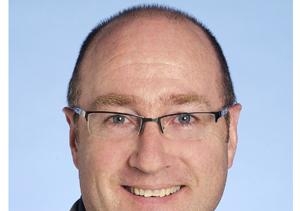 OPINION: Australia’s successful campaign to win a two year seat on the UN Security Council is welcome news. While much of the commentary has focused on the domestic politics or the diplomacy of the bid, security experts will be more concerned with how well we are placed to discharge the solemn duty such a position demands.

Not only does the council face ongoing crises in Iran, Syria, the DRC, Lebanon, Palestine and more, but the global security agenda is rapidly changing to take in climate change and environmental crises, natural disasters, pandemics, forced migration and crimes against humanity. All this in addition to familiar concerns with strategic instability, proliferation and weapons of mass destruction. New issues and phenomena arise quickly but often have deep structural roots that go unrecognised.

Australia faces a twofold challenge: to stake out an independent and constructive position on matters that come before the council (which may be challenging for a close US ally), and to develop a national approach to the global agenda that will back our diplomacy with the best analysis and resources.

Going our own way

The first part of the challenge will require us to back our historic record of creativity and “good international citizenship” (exemplified by our role in the Chemical Weapons Convention, the Cambodian peace plan, international peacekeeping, and commitment to the UN millennium goals on poverty) with a morally consistent policy that contributes to global security and human rights.

Avoiding US pressures and domestic agendas will be important here, especially given its veto power on the council.

We will need to stake out a genuinely balanced position on Palestine by strongly supporting self-determination and criticising illegal Israeli settlements while supporting Israel’s legitimate security interests. We will need to avoid the hyperbolic approach to Iran typical of US politics and maintain the kind of pressure that leaves diplomatic doors open.

Australia’s national security strategy lacks an overarching framework that unifies all the domestic and international security challenges we face into a conceptual and policy whole. The problem is both structural and moral.

Structurally, we need to be able to bring a range of diverse security challenges – armed conflict, rising powers, climate change, proliferation, forced migration, terrorism, natural disasters, fragile states, and human insecurity – into a single framework. We need to be able to understand them in isolation and in their (often complex) interaction.

Morally, we need to align our national security policy with international human rights standards, a robust domestic rule of law, and a commitment to the security of our region and the world as a whole.

The past decade alone has seen too many blots on our record: military and diplomatic support for an unlawful invasion of Iraq in 2003; obsequious diplomacy with the Musharraf regime in Pakistan; and most damningly, the elevation of asylum seekers to a national security threat.

Hard-headed security experts will maintain that national security is incompatible with human rights in all cases, and that we should be selective in our approach to international law. Others will maintain that the security agenda should be limited to national defence and military concerns, and avoid including “non-traditional” issues such the environment, refugees, and human security.

This disregards the way in which the globalisation of insecurity, whether with regard to conflict, climate, people movements, or nuclear weapons, has overwhelmed the capacities of states to deal with complex problems alone.

The way to unify traditional and non-traditional concerns in our national security policy is by making human security a priority. Human security is achieved through education, healthcare, social safety nets, economic management and policing.

Human security is a holistic approach to the security of both states and communities that was defined by the UN in 2003 as the creation of “political, social, environmental, economic, military and cultural systems that give people the building blocks of survival, livelihood and dignity”. In a chapter I contributed to the recently released book, Why Human Security Matters, I draft the outlines of a model national security strategy that uses human security as a unifying principle.

Human security is a basic global good and is of growing strategic importance. If we make human security a priority there is likely to be less conflict, less injustice, and less violence internationally. Human security is also a routine expectation of national government. We expect our governments to provide education, healthcare, welfare and police services. It is natural to see this extended globally.

The terror attacks of 9/11 and their aftermath prove that we cannot achieve security by depriving others of it. Our national security is in fact enhanced by a commitment to human security.

From the complex wars in Afghanistan and Iraq, to crises in East Timor and the Solomon Islands, disasters such as the 2004 Tsunami, and the resentments of Israeli and US policy that motivate transnational terrorists, we have learned that strategic threats have their roots in human insecurity.

Our troops have found themselves in harm’s way, and our interests have been compromised because we lacked a global framework to promote human security, one that treats the security of all human beings equally.

As a global human security framework becomes more entrenched, it will form a crucial floor for our national security. It will also enable us to make a contribution to the work of the UN Security Council that is much greater than our role as a middle power may suggest.

The world remains a dangerous place, and many states don’t want to play nicely with their neighbours. This makes a human security strategy challenging, but just as compelling.

Dr Anthony Burke is an Associate Professor in International Politics at UNSW Canberra.