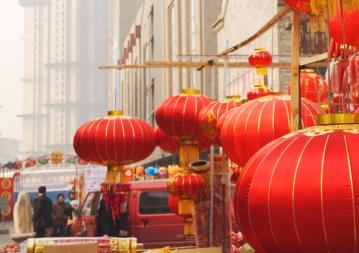 OPINION: The services sector is poised to reap significant gains from the China-Australia free trade deal. Preferential access will be granted across key areas such as education, financial services, legal services, tourism and hospitality.

This sector represents almost 70% of our gross domestic product. It will be an enduring feature of the economy long after the Pilbara and the Bowen Basin deplete their limited reserves of iron ore and coal.

This deal provides Australia with the best market access provided to a foreign country by China on services. It also allows Australia to build on an export market already worth A$7 billion. It comes as China says it will significantly invest in the services sector as it seeks to transform its growth base and support its rising middle class.

While a free trade agreement will provide little short-term relief to the Abbott Government’s balance sheet, it will be one of its biggest triumphs since coming to office. It has the potential to give the entire Australian economy a significant boost over decades to come.

However, education and financial services are two industries which look set to gain significantly from an agreement.

An A-plus score for education exports

Under an agreement, Australian universities will at last be able to market degree offeringsdirectly to Chinese students.

China has one of the most protectionist international education systems in the world and the sector was missing in action from most of the negotiations. This agreement will give Australian providers direct access to the largest source of full-fee-paying international students.

It will provide a welcome boost to universities dependent on international student revenue to offset Commonwealth funding shortfalls. The agreement comes when universities face an uncertain domestic political environment and fee deregulation.

As the student market becomes increasingly competitive with aggressive marketing from North America and Europe, Australia will be the only country in the world to enjoy this special access. If this extends to front line student counselling and direct advertising, Australian institutions will enjoy an enormous competitive advantage.

Assuming the Australian dollar continues its downward trend and Britain loses more market share, this may be the recipe for Australia to become the world’s second-most-popular destination for Chinese students.

At the very least, a free trade agreement guarantees Australia maintains its position as the third-most-popular destination for Chinese students. Either way, it is not a bad outcome for an area identified as a so-called “super growth sector” earlier this year.

Australia’s financial services sector is also high on the winners' list from the trade talks. Approvals will be streamlined for Australian firms applying for financial services licences and those wanting to trade directly in Renminbi.

However, there is no indication that ownership caps for Australian banks that want to invest in Chinese institutions will be lifted.

Ownership levels are currently capped at 19.99%. This affects Australian banks such as the Commonwealth Bank, which has stakes in municipal institutions in the provincial capital cities of Hangzhou and Jinan.

This area may need to be revisited if Australia is to capitalise on the growth of Chinese retail financial services – in particular, within China’s rapidly growing second and third-tier cities.

However, it seems the outcome for financial services is overall very positive. The declaration of intent for a free trade agreement comes at a time when China is focused on reforming its financial system through private bank pilots and is experiencing an insurance boom.

Sydney’s new RMB clearing house will also provide financial firms with a crucial platform to make the most of the changes under an agreement meaning Australia’s financial architecture is more ‘China ready’ than ever before.

Australian governments of both political persuasions have invested political capital for many years in articulating the value proposition of doing business with China. How many companies choose to take advantage of an agreement remains to be seen, but this week’s fanfare in Canberra should mobilise more Australian companies than ever before to be seriously engaged with China.

The free trade agreement is slated for a bilateral review after three years. This will be a significant opportunity to assess the success of the agreement. Only time will tell whether this landmark agreement really does serve the people.

Why politicians fail to make the economic case for free trade