Sex and older Australians: It's time we talked about it

Ageist assumptions about sex and sexuality will be challenged at a UNSW seminar that will highlight findings from the most comprehensive study of Australians aged 60 and over. 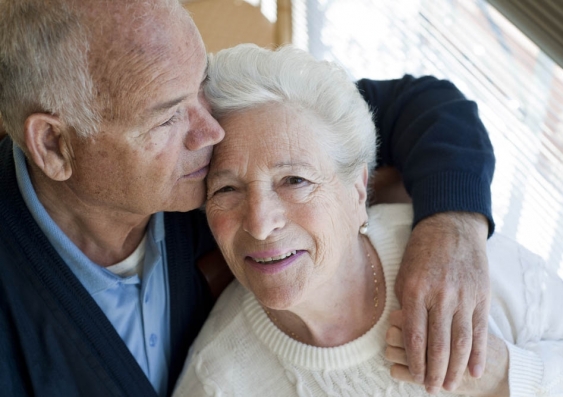 When was the last time you saw a sexual relationship between older people realistically depicted in a mainstream movie? Or an older person in a campaign about sexually transmitted infections? Have you considered how the sexual needs of residents of residential aged care might be met?

Contrary to ageist stereotypes, many older people continue to be sexually active throughout later life. It’s just that few people seem to want to talk about it, including health care and aged care providers.

That needs to change, according to Bianca Fileborn, a lecturer in the UNSW School of Social Sciences and a researcher on Sex, Age & Me: A National Study of Sex and Relationships Among Australians Aged 60+.

Fileborn will draw on that research at a seminar at UNSW on 28 June, Sexuality and sexual citizenship in the later years, which also features Professor Christine Beasely from the University of Adelaide.

Jointly hosted by the Centre for Social Research in Health and UNSW Practical Justice Initiative, the seminar is presented by UNSW's Grand Challenge on Inequality.

Sex, Age & Me, led by researchers from La Trobe University, was the most comprehensive study of its kind in Australia, involving a national survey of more than 2,000 people and in-depth one-on-one interviews with 53 of these respondents.

“There’s a popular view that people aged 60 and over – even younger – are not interested in sex anymore, they’re past it, they’ve gone downhill, nothing works,” says Fileborn. “People think it’s gross and don’t want to know about it.”

Yet, Fileborn says the sexual rights of older Australians is an issue of equality and non-discrimination.

“The biggest thing to come out of this research is that older Australians are interested in sex, and sex is important to a lot of people. Maybe not in the same way as when they were younger, but for the majority of people sex is important and it’s something they want to be able to continue to do and express, without being judged,” she says.

When study participants were asked what could be done to improve and support their sexual lives, one of the biggest responses was shifting cultural norms: “Media representation, actually having older people shown as sexual beings and in romantic or sexual relationships as just being a normal part of life,” says Fileborn.

Most people in the interviews didn’t talk to their health care providers about sex – they just didn’t think there was a need to, there wasn’t anything wrong.

Participants also wanted education and public health campaigns that communicated that having sex in later life can be totally normal, she says.

“Shifting the views of young people was also a big issue,” Fileborn says. The response from children of ‘That’s gross mum, I don’t want to hear about your new boyfriend’ was all too common.

“But it was also in terms of letting people know that sex is potentially something you can look forward to in later life and not assume that it isn’t going to happen or you’ll lose interest,” Fileborn says.

Many study participants were concerned about what would happen if they went into residential aged care. “They felt sexual expression wouldn’t be supported, would be shut down by the staff and seen as being inappropriate,” says Fileborn. Some worried about privacy, not being placed in a room with their partner, and not having access to condoms.

The study also identified a need for training and education for health care providers around sexual health care, STI testing and sexual functioning.

“Most people in the interviews didn’t talk to their healthcare providers about sex – they just didn’t think there was a need to, there wasn’t anything wrong,” Fileborn says.

Yet rates for STIs in this group are rising, most likely because they are not consistently taking precautions and there are misconceptions about the level of risk and the need to use condoms or other safer sex practices, she says.

“This cohort didn’t have comprehensive sex education at school,” says Fileborn. “Condom use was about preventing pregnancy, and there was a lot of stigma associated with it ... But once you’re in a relationship with someone, apart from pregnancy prevention there was no reason you’d use a condom.”

People who had had multiple relationships across their lives tended to be more aware of STIs and sexual health. “But if you’ve been in a monogamous relationship for 30 years and suddenly you’re divorced or your partner dies, that’s new territory,” Fileborn says.

Solutions could include targeted ads for older people on dating sites, providing training and education to GPs and other healthcare providers so they can confidently discuss sex with their older clients, and public health initiatives to encourage older people to talk to their health and aged care providers about sex.

What: Seminar, Sexuality and sexual citizenship in the later years