Opinion Sex and politics: a return to business as usual

The return to white male dominance in Australian politics provokes questions for women and other groups about the relevance of our current political system, writes Louise Chappell. 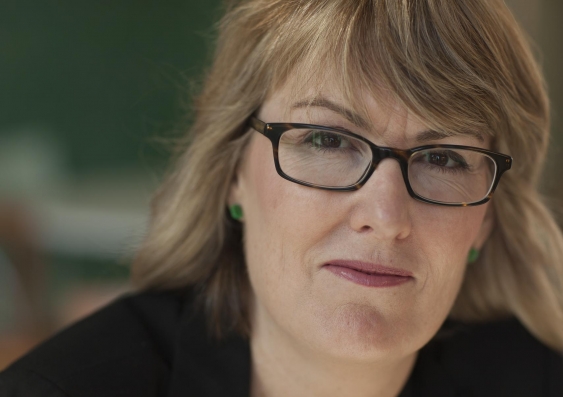 OPINION: It seems like only yesterday that commentators suggested Australian women were preparing to take over the world.

In 2011, half the states had women premiers who joined Australia's first female prime minister, Julia Gillard, at the COAG table to help set the national agenda. We also had a female Governor-General, overseen by a Queen.

The glass ceiling had been smashed - or so it was said.

Fast forward to March 2014, and with the loss of Lara Giddings as Tasmanian premier, we have rapidly returned to the male status quo of Australian politics. With the exception of Katy Gallagher in the ACT, there is no female head of government in Australia.

What happened to reverse this short-lived rebalancing of sex in Australian politics, and does it matter?

The first answer is simple: It is the direct result of the swing back to Coalition governments at the Commonwealth and state levels. The Liberal and National Parties select fewer women candidates, return fewer women to Parliament, appoint fewer women to Cabinet, and hold the record for never selecting a woman to lead the executive when in office, at state or federal level.

Kate Carnell is a partial exception, holding the ACT chief ministership between 1995-2000. Three states - NSW, Tasmania and South Australia - have each had a woman hold the Liberal Party leadership in opposition.

Recent figures paint an arresting picture: At the 2013 federal election the ALP selected 49 women candidates for the House of Representatives, with 20 elected, they now constitute 36 per cent of ALP lower house members. By contrast, the Liberals stood 31 female candidates, returned 17, comprising 22 per cent of all Liberal lower house seats. The National Party's sole female candidate was also elected.

The current Upper House figures are worse for the Coalition: women hold 24 per cent (eight) Senate positions, whereas 55 per cent (17) of ALP senators are women.

State figures before the recent elections reflect the same picture. If we discount Queensland, which has a grand total of just seven ALP MPs, then women hold ALP seats in the range of 30 per cent (Tasmania before the recent election) to almost parity (45 per cent in Victoria). By contrast, Liberal/National women hold a much lower percentage of all Coalition lower house state seats.

Victoria comes in on top with 23 per cent of all Coalition lower house seats held by women; the other states hover somewhere between 16 and 20 per cent.

Again, the figures reflect this effect. At the end of the Howard Coalition government in January 2007, women held 18 per cent of Cabinet positions; under the Rudd ALP government, female cabinet members jumped to 20 per cent. During Gillard's term the number increased again to 23 per cent: Australia's first female prime minister presided over the most gender-balanced Cabinet in federal parliamentary history. Since the return to Coalition government under Abbott in 2013, men comprise 95 per cent of the executive.

Similarly, at the sub-national level, the O'Farrell Coalition Government's win over Labor in New South Wales in 2011 resulted in a 5 per cent decrease of women in Cabinet. In Queensland, Campbell Newman's Liberal National Cabinet has 23 per cent fewer women than Anna Bligh's. And so it goes.

Coalition members continue to rail against such measures, arguing they interfere with "merit". The furore over Prime Minster Abbott's sole female cabinet appointment demonstrates the vacuity of this position - can it be that only one of the 25 women in government is as meritorious as the 18 male Cabinet members? Equally, by what measure can we argue that ALP female leaders lack equivalent political skills, policy ability and intelligence as their Coalition counterparts? Merit, it seems, is always in the eye of the beholder.

Quotas are not a cure all. However, only by extending the pool of contenders - through affirmative action measures that break down existing norms - will it be possible to challenge perceptions of what and who makes a good leader.

Does it matter that there is only one woman leader left standing in Australian politics? The more women we see in politics, the more we understand that they do not necessarily act differently to men. Research shows that female politicians are often just as willing to vote along party lines, and do not guarantee different issues are put on the policy agenda.

Arguments that support an increase in the number of women political leaders solely because they bring different perspectives to the table cannot be sustained. But there is a fundamental reason to support the endeavour of gender-balanced political leadership: it improves the legitimacy of those institutions that are at the heart of our political system including Parliament, Cabinet and intergovernmental relations processes.

Having more women (and other marginalised identities) represented in politics, regardless of their political views, strengthens democratic citizenship. It demonstrates that as with men, women have the right and capacity to participate in deliberations over policy and national interest debates. Women become active subjects rather than passive onlookers.

The return to white male dominance as business as usual in Australian politics does the opposite: it provokes questions for women and other marginalised groups about the relevance of our current political system.

It is a concern that all parties must address if they want to overcome the growing disillusionment with politics, and to keep all citizens engaged in the critical economic and social issues of our time.

Louise Chappell is a Professor in the School of Social Sciences and an affiliate in the Australian Human Rights Centre, UNSW.