Opinion Sex is not dirty work

The ethics of the way the mainstream media deals with sex workers has undoubtedly helped papers sell a skewed perception of the Thomson affair, writes Catharine Lumby. 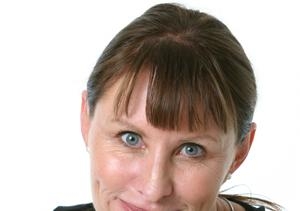 OPINION: We have one thing to thank Craig Thomson for in our house. He's a walking ethics lesson. Barely a week passes without a family discussion involving my 10 and 12-year-old boys in which Thomson pops up in a hypothetical. The most recent involved the ethics of a tabloid current affairs show screening an interview with a sex worker about having sex for payment with him.

My boys began by describing the woman caught up in this tabloid saga as a ''prosty''. A discussion ensued in which I explained my objections to the term. ''Don't use the word prostitute'', I said, ''She's a sex worker. What she does is work.''

Why? They asked. Journalists keep calling her a prostitute. Why shouldn't we? Why won't you let us joke about her? Everyone else does.

I explained that some people think that sexual intimacy is a sacred act and should never involve a commercial transaction. That George Pell and his followers believe that every sexual act between a man and his wife should be procreative. And that some feminists believe that all sex workers are victims of the patriarchy and have no real say in their lives.

I told them why I disagree with both views and why I thought both views had common roots. My kids left the dinner table with way too much information that night.

Even a brief survey of the media - high and low end - tells you that the word ''prostitute'' is a handy algorithm that multiplies sex, politics and drama in a way that adds up to ''major website hits''. Sex workers are bait in this race for viewers and readers at both ends of the quality and tabloid spectrum.

To date, the media ethics debate about A Current Affair and Today Tonight's coverage of the saga has been about trivialities. Did the sex worker recant before ACA aired the interview? Is TT trying to leverage viewers by cashing in on the sex worker's anxiety about having given an interview in the first place?

But let's ask a more pointed ethical question: why does the Australian media continue to treat sex workers with such disrespect?

If our media are meant to be reporting without ideological bias on matters in the public sphere, why is it that as soon as a sex worker is implicated in a tabloid scandal no one takes her or him seriously?

Sex work is legal. Lots of men and some women use those services. Why the need for the wig and glasses in the ACA interview?

The Scarlet Alliance is the peak body for sex workers in Australia. I asked CEO Janelle Fawkes about her views on the ethics of the media coverage of Thomson.

She responded: "The media portrayal of sex workers surrounding the Thomson case has sold the concept of sex workers as immoral, dirty and damaged, building on stereotypes the media itself has created over many years in the public's perception. The use of sex workers to sell this concept of immorality has worked so well that online discussions suggest the crime alleged against Thomson is having visited sex workers, not the fraudulent use of funds."

The ethics of the way the mainstream media deals with sex workers has undoubtedly helped papers sell a skewed perception of the Thomson affair. The other ethical dilemma raised by Fawkes is the fact that traditional media are no longer the major source of public opinion.

The report from the Finkelstein inquiry into media regulation makes some excellent points and is grounded in careful research. The ACA and TT spat, on the face of it, adds steam to the report's recommendation that we need a single, government-sponsored regulator to whip media players into self-regulatory shape.

What it doesn't sufficiently address is the ethics of how we manage content in a convergent media era, where the majority of media circulated, edited and produced comes from amateurs.

Some media professionals continue to sneer at the idea that amateurs can have any real impact on the gatekeeping that professional journalists undoubtedly do when it comes to influencing the public.

In fact, the amateur army is already inside the gate and repainting the castle in garish new colours. The real challenge when it comes to regulating media ethics in this new environment is not how we haul A Current Affair into line. It's what do we do legally and ethically about the thousands of hours of videos uploaded to YouTube, some of which cast dire aspersions on their subjects?

The law - as the law does - is taking its time to work these things out. In the meantime, it's critical that we move ahead of legislation and common law and think in broad terms about what we need as a society when it comes to promoting ethical and civil discourse.

Having a conversation about the appropriate boundaries between our private and public spheres is part of that. And in that conversation we might just want to rethink the hypocritical fascination/disgust with sex workers.

It's time to recognise a form of digital citizenship: a citizenship that acknowledges we are not passive media consumers but are actively producing and circulating content ourselves. We should not leave the governance of media content to government and industry.

Professor Catharine Lumby is the director of UNSW's Journalism and Media Research Centre.

This opinion piece first appeared in The Sunday Age