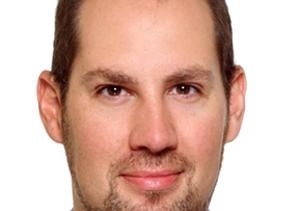 OPINION: Workplace bullying is one of the most contentious workplace issues. Against the backdrop of a forthcoming National Code of Practice on preventing workplace bullying, a recent investigation by Worksafe ACT represents a watershed moment in the treatment of this problem.

Worksafe ACT investigated actions of the Canberra Institute of Technology (CIT) regarding claims of workplace bullying by several staff. These claims were in the form of internal incident reports, compensation claims with supporting medical evidence, and complaints to the regulator. The claims were of a serious nature, and involved senior staff.

What was special about this investigation, apart from being publicly available, was that it was not at all concerned with the veracity of the bullying claims, nor what particular behaviours were alleged. By contrast, the regulator was focused on the processes that the employer had undertaken, or not undertaken, in executing its health and safety responsibilities. These responsibilities include providing a safe workplace and system of work, monitoring safety, and providing relevant information, training and supervision.

This is a key development. Despite their best efforts, safety regulators and inspectors can sometimes get weighed down by the complexity, and unpleasantness, of feeling that they have to mediate between interpersonal workplace issues.

The ACT report shines a light for regulators and employers: focus on whether the health and safety risks were controlled. It also shines a light for employees, because it shows what a proactive, forward thinking, and responsible organisation would be doing about psychological hazards.

The theme that unites the investigation report is that all actions taken in regard to bullying and other psychological hazards must be consistent with preventing the risks that they represent, as far as reasonably practicable.

There is sometimes reluctance in organisations to think about psychological hazards from within the risk management framework that they employ for all other hazards. Sometimes it is just a lack of awareness.

One example of how bullying was not considered as a risk issue in the CIT case involved how an employee appeared to be “paid to withdraw a complaint”. An employee who had complained about bullying was given a termination package, which was conditional the complaint being dropped.

After termination, the employer took no further action regarding the reported incident(s). The employer was then “puzzled as to why Worksafe ACT has continued to investigate…”. Even though the complaint had been “paid away”, and had physically left someone’s in-tray, the risk that was identified by that complaint was still present. Others in that workplace should have been protected from the identified and therefore foreseeable risk.

With other claims, CIT went through a process which concluded that the allegations were unsubstantiated. Accordingly, they took no action. However, the process in which they engaged was found by Worksafe ACT to be severely flawed on several bases. These flaws included that the internal “information gathering” exercises that were used to dismiss the substance of the complaints were likely to have been biased, given that senior staff were involved in the allegations.

It seems obviously inappropriate, but conflicts of interest in reporting lines and organisational “investigations” are regularly treated as though merely declaring the interest will make it go away. The Worksafe ACT report makes it clear that such biases mean that organisations have not done all that was reasonably practical to identify and address the problems.

However, external investigation of workplace issues, while always preferable, does not necessarily solve everything. According to the report, when some claims were sent for external review, the process was so constrained in scope by CIT that the review was essentially useless, and did not adhere to the principles of natural justice.

There are many examples where terms of reference constrain an investigator’s ability to draw valid conclusions about the events, and about what should be done by the organisation regarding its risk management duties.

The content of the complaints policy was also highlighted by the Worksafe report as limiting the extent to which risks were properly managed. The policy emphasised the responsibilities of the complainant, without similar focus on the respondent.

Thus it appeared biased in favour of respondents, and potentially discouraged complaints. Complaints actually constitute the identification of risk. Therefore, complaints procedures have to be robust in order for risk identification (which is part of an employers’ duty, under health and safety requirements) to be achieved.

Far from trite advice or simplistic checklists, the Worksafe ACT report discusses how the poor quality of policy, procedures and investigations undermines an organisation’s ability to demonstrate due diligence. This report has implications for all industries, across all Australian jurisdictions, with respect to what they should be doing to proactively manage psychological hazards.

The litany of problems in the CIT’s acts and omissions, as described in the investigation report, reflects how the real issues fell into the gulf between viewing bullying as a risk issue, and treating bullying as a traditional conduct or human resources issue. It’s a big gulf, and it’s pervasive in practice.

The Worksafe ACT report demonstrates how we need to move to a risk paradigm in managing this hazard, in order to minimise the costs to workers and businesses that it creates.

Dr Caponecchia is a Lecturer in UNSW's School of Aviation.