If Tony Abbott wants to undo his damaged reputation with women, he needs to start in the right place. Simply calling himself a feminist will only lead to more trouble, argues Rob Brooks. 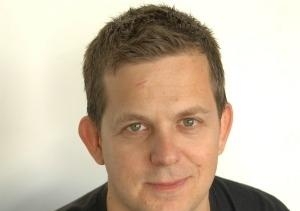 OPINION: I couldn’t help but be captivated by Prime Minister Gillard’s speech against the motion to remove Peter Slipper as Speaker of the Federal Parliament yesterday. Like the majority of people I tend to follow on social media, I was thrilled to see the Prime Minister speaking from the heart about sexism.

Having watched Christopher Pyne’s sexist treatment of Kate Ellis on Q&A on Monday (see Ben Pobjie’s excellent analysis), I couldn’t decide whether to watch Abbott or Pyne as the Prime Minister handed them their medicine.

This wasn’t quite Cicero denouncing Catiline in the senate. Not least because of the pathetic sordidness of the Peter Slipper affair. And commentators who followed the full day’s incendiary proceedings have a less glowing assessment of the speech’s impact than those of us who saw only the speech itself.

But what excited me, and no doubt animated the video’s viral spread, is the way in which the Prime Minister stood up to Tony Abbott’s aggressive, bullying political style.

Much has been made of Abbott’s so-called “problem with women”. I have no knowledge of how he personally relates to women. But with the way in which he has conducted himself as opposition leader, he has earned the public perception that he has a problem with women, especially women in authority.

He wields his robust aggression so effectively in trying to dislodge and disrupt the government. But now that it is harming his standing with voters, he’s suddenly attempted to remake himself as a feminist. Last week Abbott’s wife, Margie, stepped up to rebut the idea he’s on “some kind of anti-women crusade”. She even went so far as to call him a feminist.

Yesterday, when he got the chance he has been begging for, to move that Peter Slipper be removed as speaker, he made his case on the basis of Slipper’s gross sexism. Suddenly, when the polls start telling him that his perceived sexism is costing him votes, Abbott reveals that he’s a feminist. The last time I was so surprised at a coming-out was when the Insane Clown Posse announced they were actually evangelical Christians.

Abbott’s is the kind of clumsy “re-branding” that only a PR zombie who has never actually met a real voter could have dreamed up. Nobody builds feminist cred overnight. Having a wife and three daughters doesn’t confer it. Especially when Abbott admits to having told his daughters that their virginity is “the most precious gift” they could give someone.

Perhaps, as some regular readers of this column like to point out, I read too much sex, gender and reproduction into modern affairs. Perhaps I should stick to thinking about sexual conflict in other animals.

But then I look at politicians like Tony Abbott and Cory Bernardi here in Australia, and Todd Akin and Paul Ryan in the USA, and I cannot help but see the narrow reproductive self-interest that permeates so much of their politics.

If you talk and behave like a man who has never given a moment’s thought to what it is like to live as a woman, then the best you can hope for is to represent other men who have given just as little thought to what life is like for their daughters and wives (should they be so lucky).

And if you speak and think like someone who has never considered what it is like to be gay, then don’t act surprised when gay people actively oppose your re-election.

And if, like Alan Jones, you make your considerable living giving a life-like rendition of a bully who exploits their listener’s self-interest, then don’t whinge about cyber-bullying when the public push back at you.

I grow ever more convinced – although I don’t have the evidence for this yet – that women and men each inherit a kind of gendered myopia that makes it difficult to empathise completely with members of the opposite sex. Which makes it genuinely difficult for us to truly understand one another. Abbott, Jones and the like have built their careers catering to men who’ve spent their lives not thinking deeply about the lives their daughters and wives lead, or would like to lead.

If Tony Abbott wants to undo his damaged reputation with women, he needs to start in the right place. Simply calling yourself a feminist will only lead to more trouble.

Which is one of the reasons I so enjoyed the Prime Minister’s speech. She called Abbott on his rank hypocrisy in trying to paint himself as a feminist when it suddenly became expedient to do so. And, as Anthony Sharwood put it at The Punch, Tony Abbott “got owned”.