While we're so outraged by the unfolding doping scandal within sport, we're ignoring the growing use of performance enhancement in society as a whole, writes Jason Mazanov. 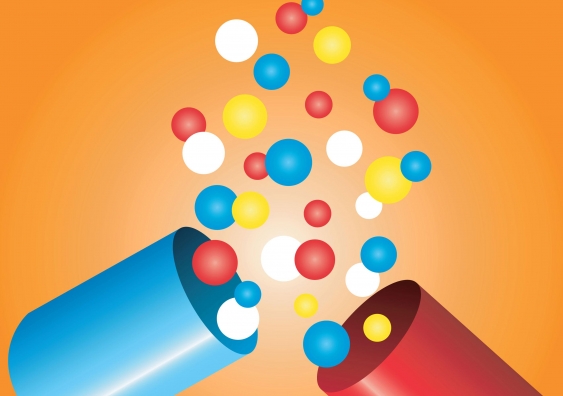 OPINION: I spend my professional life studying the lengths to which we human beings go to enhance performance, including in sport.

As sports fans and outraged media champions hone in on the players and clubs implicated by the Australian Crime Commission's report into doping and crime in sport, I wonder at the indignant sense of betrayal. I wonder if it is realistic, or even desirable, to pursue a future in which sport is "clean" and absolutely drug free.

The culture that drives individuals to take extraordinary and often illegal measures to access performance-enhancing substances is not isolated to sport. As Lance Armstrong, and now the ACC report, makes clear, sophisticated support networks enable doping in sport. Given that sport has to be complicit in the culture of performance enhancement that leads to these extraordinary measures, the ensuing witch hunt descending on our sporting clubs is hypocritical and will do little to help us find a reasonable way forward.

The reality is we live in a "doping society", regardless of whether or not we, as individuals, have ever considered or actually used a substance, legal or illicit, in pursuit of success.

Australia, like the rest of the world is moving towards "medically enhanced normality" in which we accept the powerful "could do better" marketing and media message as the natural extension of the human condition. We spend a fortune on a slew of appealing "health" products to maximise performance at work, school or play.

Even when we are sick we expect our bodies and minds to soldier on using cold and flu preparations, for example, to mask symptoms and offset the inevitable performance slump. And what of an ordinary cup of coffee, or a caffeine-loaded drink; a substance so well documented to improve sporting performance that it was banned from the Olympics until 2004.

In some fields, performance-enhancing drugs have been officially encouraged. Doping in sport accelerated following the experiences of World War II soldiers being given cocktails of drugs to make them fight better. In a military context, doping can be thoroughly reconstructed as medicating frontline soldiers to increase their chances of coming home alive.

Micro-doping soldiers with low-grade amphetamines to keep them alert on night patrols, anabolic steroids so they can overcome small muscle tears, or erythropoietin to reduce their fatigue might be considered part of the armed forces' "duty of care".

This is at odds with the Australian Defence Force's strict zero tolerance policy, despite the US military giving Modafinil to its helicopter pilots based on solid science from military researchers.

In the emergency services we can argue that a firefighter using anabolic steroids to enable feats of strength that saves lives is a heroic act rather than an evil duplicity.

How then do we draw the line? Is doping acceptable if it enhances the performance of individuals who help others? How might another elite group, such as classical musicians, fit in?

The use of beta blockers to promote calm and steady hands has been reported among classical musicians. Given the cut throat competition in this field, a classical musician who dopes to achieve a better performance arguably boosts their chances of winning an orchestral first chair or a lucrative solo career.

Do beta blockers then become an "industry standard" to be encouraged to enable an entire orchestra to gain an edge nationally or internationally? What of young aspiring musicians? Do parents come to accept as standard practice their child's need for an additional "pharmacological repertoire" to fulfil their musical potential?

The parallels between doping to enhance individual and collective performances in music and sport are obvious. Yet no celebrated musicians have even been banned, nor do audiences feel deceived or cheated by spectacular but "drug tainted" concerts. In fact, since drug use among elite classical musicians was first revealed in the late 1980s, there has been little impetus to investigate or even to carry out further research.

Away from the rare air of elite sport and classical music, high school and university students are taking to so-called cognitive enhancing drugs, such as Ritalin or Modafinil. Drug use among university students is becoming increasingly prevalent, particularly in highly competitive fields such as medicine and law.

The use of caffeine pills and highly caffeinated energy drinks before exams, for example, is relatively widespread. Yet, drug-assisted academic performance has received no serious attention in Australia. This is a pity because there may be a lot to learn given the typical age of university students and elite athletes. Arguably, the same social milieu in which students choose to dope, if only with caffeine, may normalise the behaviour such that student athletes do the same to perform just that bit better.

The ACC report has elicited plenty of handwringing and knee-jerk commentary. At this point we should, reasonably, conclude that the approach to drugs in sport taken by the anti-doping system has no correlation with the evolving role of performance enhancement in Australian society.

If we really want to resolve doping in sport, we need to start by asking ourselves some much harder questions about doping in society.

This piece was first published on the ABC's opinion site The Drum.

Dr Jason Mazanov is a senior lecturer in the School of Business at UNSW Canberra. His primary research interest focuses on the causes and consequences of drug use in sport. View his full profile here.
On 21-22 February, Dr Mazanov is co-convening the first Drugs in Sport Colloquium at Victoria University, featuring Australia's top thinkers in the field.