USA's criticism of, and withdrawal from, the UN Human Rights Council does nothing to address the problem of human rights abusers being able to influence the organisation. 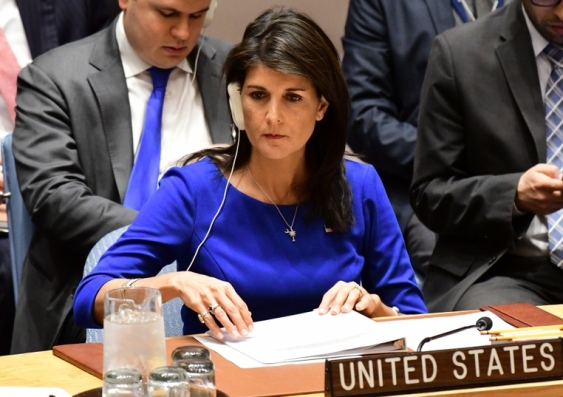 OPINION: No one would argue the UN Human Rights Council is perfect, but when the United States followed through on its threats to quit the group this week, it slammed the body as a “protector of human rights abusers and a cesspool of political bias".

But is it worthy of that criticism? What value is there in maintaining the 47 member-state body charged with responsibility for promoting and protecting the fundamental rights of all people around the globe?

Since its inception in 2006, the Council has attracted criticism for allowing states with poor human rights records to become members – two current examples include Saudi Arabia and Democratic Republic of Congo.

This is a serious problem, threatening the legitimacy of the Council, and, in this case, allowing the US to find support among some allies for its extreme rhetoric.

An imperfect forum in need of reform

The Council election rules allow the UN members to deal with this problem.

The General Assembly, made up of all UN member states, elects members to the Human Rights Council. Last year, Australia was elected for a three-year term.

The states must take greater collective responsibility to ensure that the worst human rights abusers are unable to bargain their way on to the Council.

And once on the Council, states must seek to set the human rights standards by which they wish the international community to follow.

By withdrawing from the Council, the US has done nothing to address the problem of human rights violators’ ability to influence the Council.

The Council relies on its members to be engaged and willing to call out the worst perpetrators of rights abuses internationally and push for accountability.

The US withdrawal came as no surprise

President Donald Trump threatened such a move during the 2016 US election campaign; the appointment of John Bolton earlier this year as his National Security Advisor sealed the deal.

Bolton built a reputation as an anti-UN warrior during the George W. Bush administration, and indeed led the campaign to ensure that the US voted against the very establishment of the Council in the first place, along with its close ally, Israel.

The Council’s ongoing criticism of Israel’s actions in relation to Palestine, and its statement condemning the US for its own human rights abuses of immigrants on the US/Mexican border this week were further factors contributing to the US withdrawal – although it’s unlikely to concede the latter point.

US exit leaves a vacuum for other players to fill

Sitting outside the Council might serve President Trump’s agenda to disrupt the liberal international order, but at what cost?

It means the US can no longer help set the agenda of the Council, which is doing vital work, including fact-finding missions on the Syrian conflict and in Myanmar to assess the situation of the displaced Rohingya population.

Without the US as a leading voice on the Council, a vacuum is created for other international players to fill, likely those with worse human rights records.

For all its shortcomings, the US has been able to act as a countervailing force against human rights abusers. Shouting from the sidelines will never be anywhere near as effective.

The Council can only ever be as good as the member states who are willing to stand up for human rights, to argue for their protection and to demand accountability for those who violate them.

As the outgoing Ambassador for Human Rights, Zeid Ra'ad al-Hussein noted: “Given the state of human rights in today's world, the US should be stepping up, not stepping back”.

Human rights in 2018 – Ten issues that made headlines