Opinion As simple as finding a job? Getting people out of social housing is much more complex than that

Helping tenants find work supposedly creates a pathway into private rental housing, freeing up social housing for others. Private rental costs and the situations of many tenants make that unrealistic. 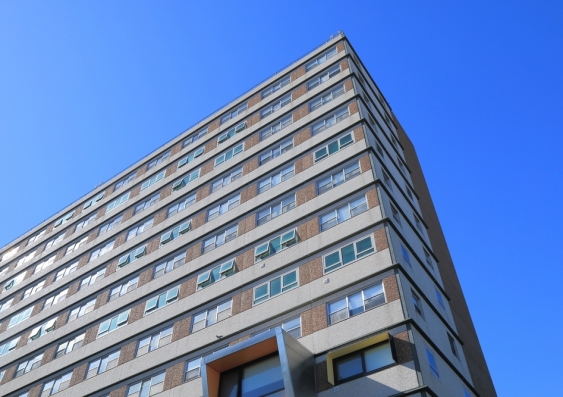 The Morrison government has argued that finding jobs for people in social housing will help free up dwellings for other people on the waiting list. Image from Shutterstock

There is certainly a shortage of social housing. About 140,600 applicants were on the waiting list for public housing and 8,800 households were wait-listed for state-owned-and-managed Indigenous housing as at June 30 2018. Another 38,300 applicants were waiting for mainstream community housing as at June 30 2017 (the most recent publicly available data). Together, these tenure types comprise most of Australia’s social housing.

These figures exclude people temporarily suspended from waiting lists (e.g. social housing applicants in New South Wales who take up Rent Choice private rental assistance), who need social housing but are ineligible and others not on waiting lists but still in need, such as rough sleepers and very low-income households in housing stress.

Tenure in social housing was once effectively unlimited provided tenants paid their rent and maintained their property. But waiting list pressures have led to a new approach. In his response to the private member’s bill, the assistant minister for community housing, homelessness and community services, Luke Howarth, argued:

There needs to be more responsibility […] from state governments to help people who are able to get back into the workplace to then move on from social housing so that it will provide a flow-through effect for people currently on the waiting list.

Howarth’s argument is consistent with much state and territory policy. For example, the NSW Future Directions policy explicitly commits to “upskilling” tenants to enable them to live in private rental housing.

Prejudice and discrimination against tenants perceived to pose a greater risk to landlords’ investments make access even more difficult.

Low-income households in the private rental market also face insecure tenure. “No-grounds terminations” are permitted in all states and territories except Tasmania and, from July 1 2020, Victoria (except at the end of the first fixed term).

Under “no grounds” termination, landlords can evict tenants for no stated reason at the end of a fixed-term lease and at any time on a periodic lease. Fear of retaliatory eviction makes it less likely tenants will assert their legal rights.

Employment as a pathway

Even if private rental access and affordability were certain, many social housing tenants are not in a position to undertake employment. In 2017–18, about 398,900 households were in social housing in Australia. Many of them relied on the disability support pension (21%) or the age pension (19%) as their main source of income.

Long-standing targeting of social housing to greatest need means tenants are disproportionately likely to have low educational qualifications and limited marketable skills. They face considerable employment challenges, not the least of which is stigmatisation.

It is also worth considering what “employment” realistically looks like for social housing tenants seeking to enter or re-enter the workforce. It’s likely to be as casualised labour in the gig economy.

As social policy researchers Greg Marston and Catherine McDonald have argued, we cannot assume exiting welfare for the labour market leads automatically to social and economic security. Precarious, intermittent, low-wage employment does not offer a sound basis for sustaining a private tenancy.

Of course, social housing tenants should be supported to find work and to move out of social housing if they want to. But the evidence would suggest tenant choice is not the motivation here. Rather than creating “pathways” as a way of managing social housing waiting lists, governments would have greater impact on the housing crisis if they invested much more in social housing.

In addition to providing more social and affordable housing, governments must act on the systemic problems in the private rental market. This includes developing nationally consistent tenancy legislation to provide more protection for tenants, including against no-grounds evictions, and providing the resources to properly enforce such laws.