It has turned out football stars and foreign ministers, yet Matraville Sports High School has struggled to attract students. Now, with help from UNSW, it is reclaiming its place in the community. 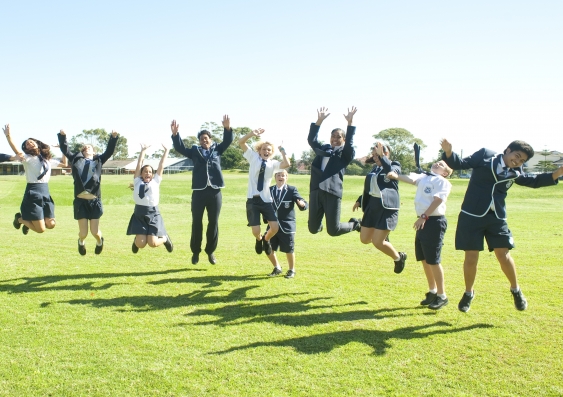 It was as a new resident to the gentrifying southeast of Sydney that Chris Davison first noticed Matraville Sports High School and its sprawling sports fields.

But it was as an educator that Davison recognised the crisis the school was facing. It had become known as simply a “sports” school, and the assumption was it must be a bit rough and not very academic. While the surrounding area was growing rapidly, middle-class parents were “bussing their kids out” of the traditionally working-class area to private schools and enrolments had dwindled to around 250.

“There’s such a shortage of schools in the area, yet here is a school built for 1,000 enrolments with few students and resources,” says Professor Davison, the Head of UNSW’s School of Education. “It seemed such a shame for a school with a proud history and with past students that include former NSW Premier and federal Foreign Minister Bob Carr and football stars like Russell Fairfax and the Ella brothers.”

Matraville is one of more than 200 schools that welcome UNSW's School of Education’s pre-service teachers for in-classroom training. Two years ago, that relationship started to deepen after a meeting between Davison and the new principal Nerida Walker. The pair recognised much more could be done to strengthen ties that would boost the entire community.

“I said: ‘I want to adopt Matraville and I would love it if Matraville adopted us’,” says Davison of her initial discussion with Walker. The meeting led to a scholarship program for six gifted students to attend UNSW’s renowned GERRIC holiday workshops and music tuition for students who would have otherwise gone without.

But it was a follow-up conversation at the school’s car boot sale that changed everything. Over the bric-a-brac, the pair came up with an Australian first: a commitment to establish a mutually beneficial school-based university education facility, and a partnership that would actively tackle academic and social disadvantage.

Walker explains: “While we have elite sports coaching that we are known for and want to retain, we’re trying to offset our sports branding with wider academic achievement.

“There have always been gifted students at Matraville High, we’ve just never had the resources to assist them.” 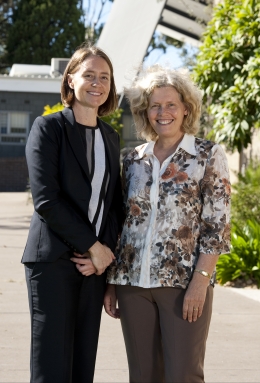 From UNSW’s side, the partnership offers a valuable opportunity to enhance the University’s teacher training and its academic applied research. Matraville is among Sydney’s most diverse schools. It has one of the highest concentrations of Indigenous students (31%), and 24% of students are from non-English speaking backgrounds.

“I wanted to send more pre-service teachers and more of our academic staff to the school, but we needed somewhere to put them,” Davison says.

As luck had it, there was a school building facing Anzac Parade that was underutilised. It has since been kitted out and after wide community consultation, the UNSW Matraville Education Program has been developed. Its four strategic goals are to extend the student experience, engage the school community, enhance teacher professional learning and enrich teacher education.

The facility, combined with a string of fun, inclusive and community-building initiatives introduced by Walker since she took up the role of principal, is already beginning to deliver results for staff and students.

Enrolments for Year 7 have tripled – from 13 students this year to an expected 40 next year. The numbers have boosted the viability of the school and will attract additional resources from the state government.

As part of the UNSW Matraville Education Program, around 70 student teachers from UNSW will be based at the school for extended periods throughout each semester for in-school and after-school enrichment programs. These include drama and gifted education programs, particularly focusing on the arts and science, as well as literacy and numeracy initiatives for those students needing additional support.

Stacey Konstantopoulos is one of the undergraduate students who completed her pre-service training at Matraville. She says the experience was invaluable. “It was the first time for me being in a school with such diverse students. It will hopefully make me a better teacher,” she says.

Program coordinator, UNSW’s Katherine Thompson, is particularly excited about the parent workshops now being offered. They cover topics including homework supervision, school and child-care choice, and Indigenous languages and culture.

She believes the school’s strong ties with the surrounding area will be one of the greatest assets. “Anyone who’s visited this school knows there’s a real sense of community here,” she says.

“It's like a gigantic dating agency where we match up all the key players”.

A high-level Advisory Board is helping to ensure the program’s viability. Members include UNSW President and Vice-Chancellor Ian Jacobs, the CEO of the Sydney Roosters NRL club, Brian Canavan, and South Sydney owner Nick Pappas, as well as some high-profile political heavyweights, including Bob Carr.

Also central to the program is the backing of the Matraville teachers themselves. “There’s a healthy educational dialogue,” says Thompson. “When UNSW’s pre-service teachers are in the class, teachers get extra time to watch, reflect and learn. Teaching is a very personal process, so it’s useful to draw on new technologies and techniques that others can offer.”

One of those teachers is Linda Holloway. A Matraville High alumna, Holloway has been teaching at the school for 23 years and now lectures UNSW’s student teachers in Aboriginal Studies Method on site. “It’s great to see people so enthusiastic about Aboriginal education,” she says.

“This is the best thing that has ever happened to the school,” Williams says. “One of the key things is it gives the kids skills they wouldn’t otherwise get. And it’s a gateway to university.”

Davison says the partnership is a win-win for everyone. She likens it to “a gigantic dating agency where we match up all the key players”.

“We are taking a strategic, holistic approach. It’s about pooling resources, knowledge and skills and in the end it’s about making a better learning environment for everyone.” 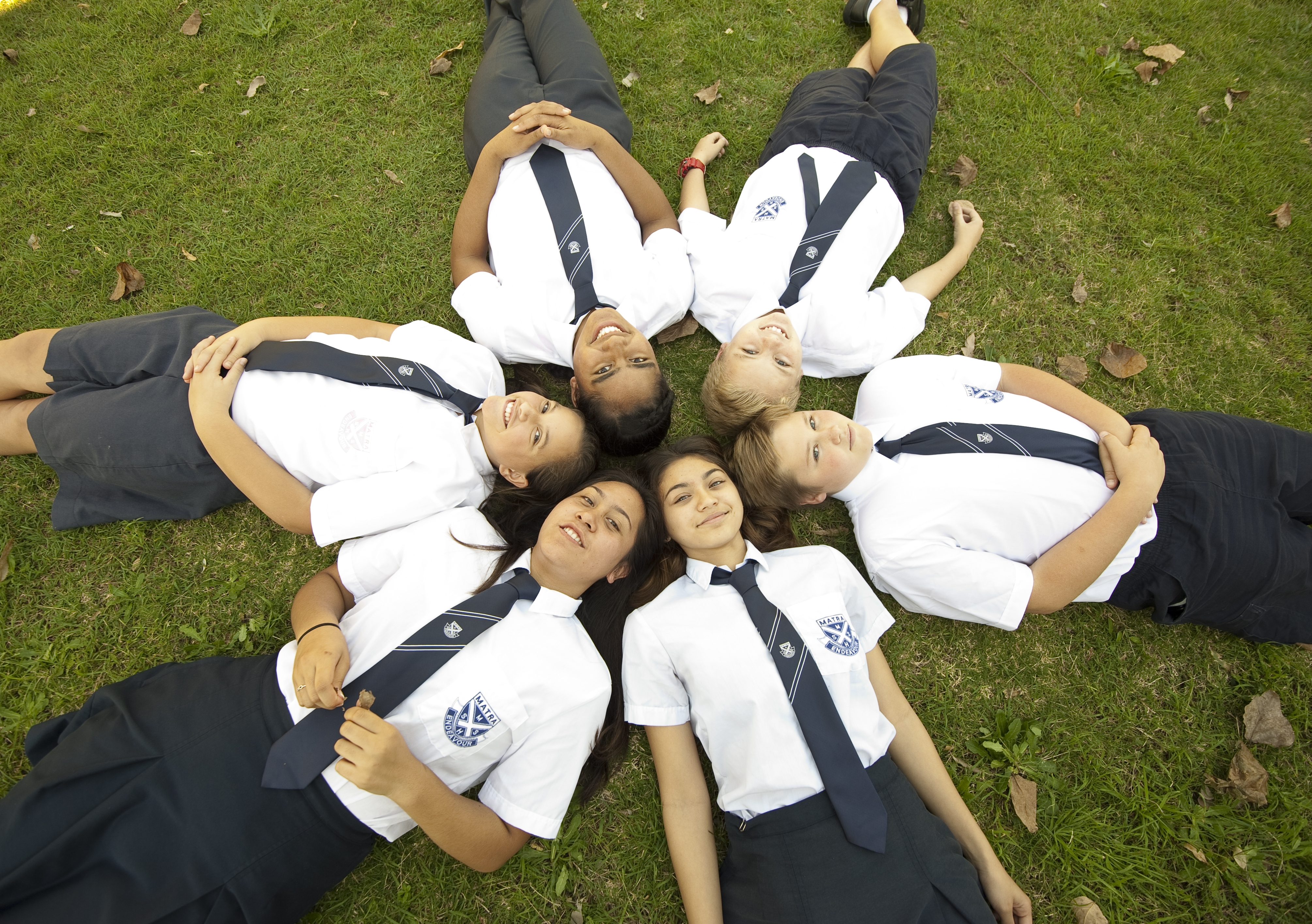 Opening the door to University

Matraville Sports High School has a long history with UNSW. The school was one of the first to partner with UNSW ASPIRE, an outreach program that actively promotes higher education to primary and high school students from low socioeconomic backgrounds.

Initiated by the University in 2007, ASPIRE now works with 57 local and regional partner schools across NSW through established in-school workshops, on-campus ‘taster days’ and residential programs for regional students.

Eight years on, ASPIRE’s work is delivering incredible results – since 2010 there has been a 48% increase in the number of university offers to ASPIRE students and a 200% increase in offers to UNSW.

And as ASPIRE grows it continues to offer more tailored initiatives.

A recently launched nine-week Links2Uni program was offered specifically to Indigenous students at Matraville High to increase their awareness of the link between school, university and a career.

“Matraville High is only 7km from UNSW, but many students had never set foot on campus before,” says ASPIRE director Ann Jardine. “Links2Uni enabled them  to experience university life by engaging with current Indigenous students, academic staff and support services.”