Students with well-developed and adaptive social and emotional behaviours are most likely to excel in school, according to UNSW researchers in educational psychology. 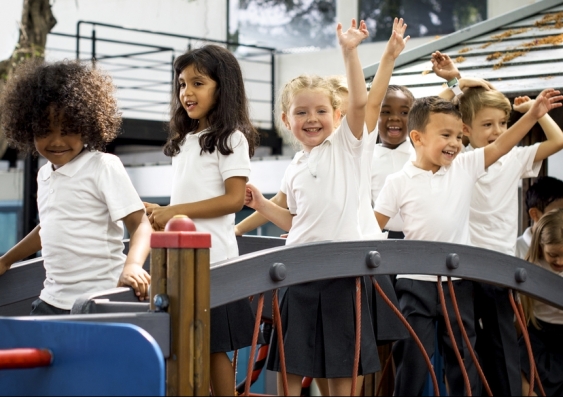 Students with well-developed and adaptive social and emotional behaviours are most likely to excel in school, according to UNSW researchers in educational psychology.

The UNSW researchers, in partnership with the University of Sydney, assessed children on their cooperative, socially responsible, helpful, anxious, and aggressive-disruptive behaviours in kindergarten. These ratings were then used to identify social and emotional behavioural profiles to understand how students tend to fare on the five behaviours.

Children in profiles that were higher in cooperative, socially responsible, and helpful behaviours in kindergarten were more likely to achieve better results in grades 3 and 5. Children in profiles with higher levels of aggressive-disruptive behaviours – such as physical violence, excluding other children, or temper tantrums – tended to receive lower results.

Children who were in profiles higher in anxious behaviours had less obvious outcomes, but often achieved slightly lower school results, possibly because they tended to also exhibit lower helpful and cooperative behaviours. This may have been due to anxiety making socialisation with other students more difficult.

Study co-author Dr Rebecca Collie, a Scientia Fellow and Senior Lecturer in Educational Psychology at UNSW, said these new results added to growing evidence that children’s social and emotional behaviours in the early years were powerful predictors of later outcomes, making it essential to teach social and emotional skills and behaviours from an early age.

Dr Collie said the realisation that the social and emotional domains were also vital to students’ resilience and wellbeing was generating increased interest in teaching these behaviours and related skills, rather than assuming students would acquire them naturally during their schooling.

Whether we look at our personal lives, school, work or sport, interpersonal interactions are critical to our capacity to integrate and succeed.

• self-awareness, which refers to a person’s ability to be aware of and understand their emotions, values, strengths, and weaknesses (such as being able to identify feelings of frustration or anger when they occur)

• self-management, which refers to the ability to control or adjust our emotions and behaviour as needed in different situations (such as being able to control one’s temper)

• social awareness, which refers the ability to take other people’s perspective and feel empathy (such as being able to consider how a situation may be perceived by others)

• relationship skills, which entail the capacity to listen effectively, communicate clearly, cooperate with others, and offer help as needed (such as being able to work well in a group)

• responsible decision-making, which refers to the capacity to make choices in diverse settings that are respectful and constructive (such as understanding that actions appropriate at home may be different from those appropriate at school).

Dr Collie said mounting evidence was showing that social and emotional skills helped children and adolescents form and maintain positive relationships at school and beyond, behave in ways that allowed them to get on well with others, and perform well academically.

“These skills are fundamental to the way we interact and our capacity to respond to and weather what life throws our way,” she said. “Researchers are showing, for example, that if you have strong social and emotional skills you tend to be more resilient in day-to-day life.

“Because so much of our daily life involves interacting with others, it helps to have strong skills and behaviours in this area. Researchers have also been able to link these skills in childhood with positive mental, physical and financial outcomes in adulthood.

“Whether we look at our personal lives, school, work or sport, interpersonal interactions are critical to our capacity to integrate and succeed.

“We’re increasingly aware of the significance of these skills and behaviours for children’s success, and teachers play an important role in developing these skills and showing students how the skills affect their relationships and their lives,” Dr Collie said.