Opinion Social media and crime: the good, the bad and the ugly

Social media platforms such as Facebook, Twitter and Snapchat have transformed the way we understand and experience crime and victimisation, write Alyce McGovern and Sanja Milivojevic. 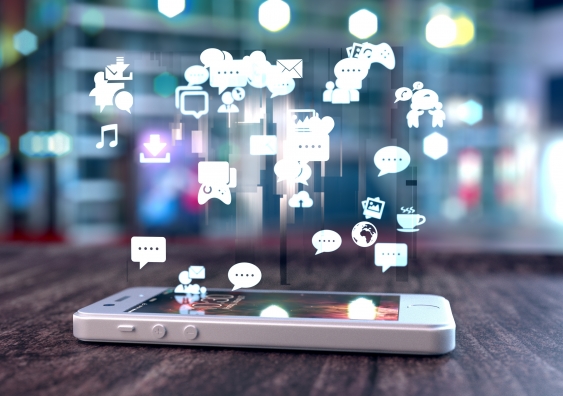 Young athletes need to be aware of the risks associated with social media fame. Image: Shutterstock

OPINION: The popularity of social media platforms such as Facebook, Twitter and Snapchat have transformed the way we understand and experience crime and victimisation.

Previously, it’s been thought that people form their opinions about crime from what they see or read in the media. But with social media taking over as our preferred news source, how do these new platforms impact our understanding of crime?

Social media has also created new concerns in relation to crime itself. Victimisation on social media platforms is not uncommon.

However, it is not all bad news. Social media has created new opportunities for criminal justice agencies to solve crimes, among other things.

Thus, like many other advancements in communication technology, social media has a good, a bad and an ugly side when it comes to its relationship with criminal justice and the law.

There is no doubt social media has been beneficial for some criminal justice institutions.

For the police, social media has given them unprecedented access to the public, and vice versa. Via Facebook and Twitter, police and the public can communicate in real time about incidents and events. This has proven invaluable not only during times of crisis, but also on a day-to-day basis and at the local level.

Social media has also become an important tool in police investigations. For example, the release of CCTV footage of Melbourne woman Jill Meagher’s last moments via Facebook pages and YouTube assisted in apprehending her killer.

Furthermore, the social media “broadcasting” of criminal trials has added an extra level of transparency to criminal proceedings.

But while live tweeting represents a step forward in achieving open justice, there remain concerns with the practice.

At the other end of the spectrum, social media has been accused of posing risks for many users, particularly young people.

Also, the ability for criminals to use social media platforms to track potential victims (and their possessions) was highlighted in the recent Kim Kardashian robbery.

In addition, “old” crimes such as harassment and threats, as well as fraud and identity theft, have been conducted in new ways through social media.

Social media is also changing the nature of post-crime behaviour. So-called performance crimes – where offenders boast about their criminal behaviour to their friends and followers online – are increasingly common.

Finally, “couch detectives”, eager to identify suspects, often weigh in on social media, which can at best be distracting for law enforcement and at worst result in innocent people being wrongly accused.

In a recent ABC documentary, the detectives who worked on the Meagher case said they:

… refused to engage [in the Facebook debate], making a conscious decision that they did not need any extra pressure.

Trial by social media has become increasingly concerning for those working in the criminal justice system.

Activity on Facebook and Twitter can pose a threat to prosecutions and the right to a fair trial through practices such as sharing photos of the accused before an indictment, creation of hate groups, or jurors sharing their thoughts about a case online.

In the Meagher case, Victoria Police used its Facebook page to educate the public about the consequences of such breaches. In addition, a web gag on social media was imposed by a magistrate who suppressed the information that might compromise the trial.

Social media can also be used as a tool for victim-blaming, as occurred after the Kardashian robbery. Immediately following the incident, some Facebook and Twitter users argued she got “what she deserves” and that “maybe she will cover herself up now”.

Social media can be further be used as a weapon through which the friends and families of victims of crime are exposed to secondary victimisation.

As platforms evolve and new issues emerge, social media will continue to provide challenges and opportunities for criminal justice officials, as well as change the way the public perceives and engages with issues of crime and victimisation.

However, calls for bans and restrictions to social media are unlikely to yield results.

Social media is here to stay, and we need to think outside the box if we wish to understand this phenomenon, capitalise on its benefits, and prevent or minimise its negative effects in relation to crime and the criminal justice system.

Alyce McGovern is a Senior Lecturer in Criminology, UNSW.