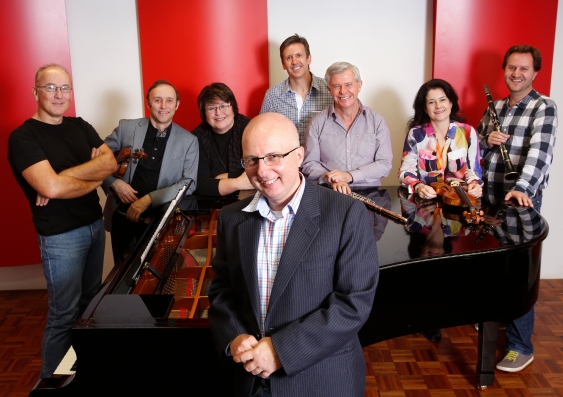 Going to a performance of the Australia Ensemble was the equivalent of “receiving a blood transfusion”, an audience member recently told Paul Stanhope. The comment was music to the internationally acclaimed composer’s ears.

“The concert enlivened her,” he says smiling. “We had provided a stimulating and evocative experience and  to me that’s what music is all about.”

As the new Artistic Chair of one of the country’s finest chamber music groups, Stanhope is shaking things up with “new compositions, commissions and collaborations” and  a determination to provide audiences with “music that  starts a conversation”.

He says the title of this year’s season, Raising Sparks, captures his approach. “It’s about finding the spark of invention and the spark of new ideas.”

Establishing himself early as one of the most important Australian composers of his generation, Stanhope gained international recognition when he took out the prestigious Toru Takemitsu Composition Prize more than a decade ago at the age of 34.

A cascade of honours and awards followed. Now he comes to UNSW after an nine-year stint as musical director of the Sydney Chamber Choir, bringing with him incredible talent and unlimited ideas.

But Stanhope has big shoes to fill. He succeeds Emeritus Professor Roger Covell, co-founder of the Ensemble and founding head of the School of Music and Music Education. In 1980, Covell joined forces with then UNSW colleague and clarinettist Murray Khouri to establish the Ensemble, which quickly became known for engaging outstanding artists to present unusual and varied performances as well as a regular chamber music repertoire.

Covell’s 34-year tenure ensured the remarkable growth of the Ensemble in Australia’s cultural scene and Stanhope plans to “build on the tremendous foundation Covell built”.

This year audiences will enjoy an even more varied program due to the diverse artistic influences Stanhope brings to his role.

He is as comfortable working with oud master and Best World Music Album award winner, UNSW alumnus Joseph Tawadros, as he is conducting the classical strains of the Goldner String Quartet, and his own scores are pervaded by myriad influences.

The history, culture and landscape of the Kimberley have provided rich inspiration resulting in his choral work, Jandamarra, collaborating with the Sydney Symphony Orchestra, youth choir Gondwana Voices, and the Bunuba people of the Kimberley region.

The Ensemble’s cellist of 24 years, Julian Smiles, says Stanhope’s connections with the composing world have brought an interesting repertoire to the group.

“Paul brings a new and young approach to programming and has a great sense of where music is heading – this year’s program is definably different,” says Smiles.

Not afraid to take risks, Stanhope has also included theatrical compositions like the virtuoso vocal writing of James MacMillan’s Raising Sparks and the unusual, spoken interruptions in Martin Bresnick’s My Twentieth Century.

In a first for the Ensemble, the group has performed Scottish composer Thea Musgrave’s Narcissus, with the addition of contemporary dance and a video installation (see below).

Australian composer Robert Davidson’s Big Decisions will also bring what Stanhope calls “a quirky sense of social satire  to the stage” with his composition incorporating sampled speech and video.

“Not everyone likes everything but we are lucky the Ensemble has built up such a level of trust that the audience allows us  to experiment,” says Stanhope. “If people walk away from  a concert talking about what they just heard then I’ve done my job.” 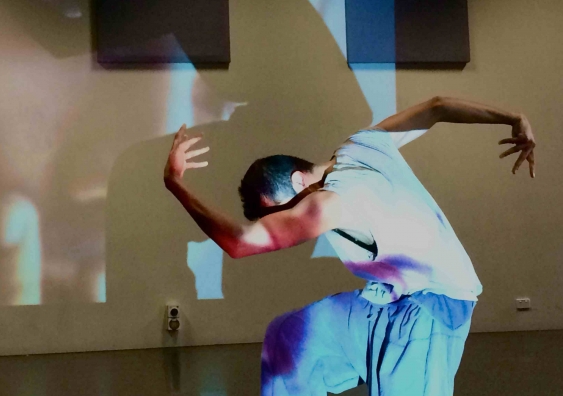 Contemporary dancer Raghav Handa brought the Ensemble’s performance of Narcissus to life by dancing with his own “reflection” projected on a large video screen. Choreographed by former UNSW Visiting Fellow Sue Healey, the music and dance replicate Narcissus’ emotions on first seeing his image.

“Finding the attraction between musicians, dancers and other artists and using it to start  a conversation is what the arts is all about,” says Stanhope.