Both major parties have approached the complexities of NSW with piecemeal policies in constrained circumstances. Neither has an industry policy, argues Mark Rolfe. 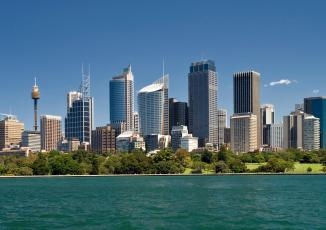 OPINION: Sydney is Australia’s most multicultural city. Almost two-thirds of residents (61%) have at least one parent who were born overseas, compared with the national average of 46%. In the country New South Wales town of Wagga Wagga, this figure is as low as 18%.

This is an obvious contrast between Sydney and Wagga, but the state capital and the bush also have some things in common. With Wagga’s military bases, tourism, government administration and university, the regional centre is thriving fairly well – as are parts of Sydney – with unemployment levels, family and household incomes around or better than state levels.

These similarities and differences complicate any assessment of political issues that simply align political flavour along a regional-Sydney divide.

Sydney became the financial and corporate headquarters of the country in the mid-1980s and has since remained a global city. In 2009, 83 of the top 200 firms had their headquarters in Sydney while Melbourne had only 42.

By 2012, Sydney was home to 80% of all foreign and domestic banks, through which much of the nation’s A$1.555 trillion of super funds flowed. That figure makes our country number four on the list of pension pools in the world.

Sydney generates a quarter of the nation’s GDP while mining generates only 10%, although popular opinion would have those figures reversed.

That’s a big gravy train to fill lots of bellies, but this doesn’t mean all of Sydney is doing well. The higher-income, higher-skilled, university-educated “knowledge workers” in the producer services, such as finance, law, accounting, banking, tend to live in the north shore, eastern suburbs and inner west.

For those in the south-west and western suburbs of Sydney, where manufacturing is concentrated, it’s a different story – and one shared with the likes of Wollongong. These areas constitute around a third of the nation’s total manufacturing sector, and have suffered their share of more than 100,000 recent job losses.

For the first time in Illawarra’s history, manufacturing is not the biggest employer and has dropped below 10% of the population, to be surpassed by health, education, social assistance and retail.

A similar story unfolded in Newcastle, although it has the advantage of having the largest international coal export port in the world.

As you’d expect, these areas are Labor-held, to varying degrees. The south coast seats Cunninghamand Throsby, Newcastle and in Sydney Watson(Belmore, Lakemba areas), Fowler (Cabramatta to Liverpool) and Werriwa are safe, but Banks is not. Bob Katter, from Queensland, sees an opportunity here for his populist message of protecting manufacturing.

These Sydney seats are among the more multicultural sections of the city due to the successive waves of migrants, who have entered the factories over the decades. They have high unemployment rates. However, opposition leader Tony Abbott is hoping to attract the socially conservative types here and elsewhere in western Sydney with his stance on same-sex marriage, favouring a conservative version of multiculturalism. Unlike the 2010 election, neither party has mentioned limiting migration, in order to avoid alienating these voters.

North of Sydney to the border is decidedly less multicultural. The rising population of the Central Coast is covered by the marginal seats of Dobell and Robertson, with 22% born overseas and 35% with at least one parent born overseas. This area is helping to complete a megalopolis from Newcastle to Wollongong, and its sprawling suburbs offer more affordable housing for those seeking a better lifestyle.

The area has a narrow economy, based largely on tourism, consumer services (such as retail) and some producer services (including law, accounting). Unemployment – 6.2% to 7.1% – is above the national average of 5.6%.

Many people endure a one-and-a-half to two-hour journey to work in Sydney, either on an old two-track railway or the M1 freeway. As you might imagine, infrastructure and public transport, along with health and education services, are major issues.

In addition, infamous independent Craig Thomson, as well as the Labor and Green candidates, have opposed a coal mine in the area.

Issues such as narrow economies, mining demographic imbalances, lifestyle, infrastructure, housing and unemployment continue or worsen as you go further north to the border.

Of particular note is the Pacific Highway, which winds its way through all the successive coastal seats. The roadway’s name is a joke because it’s a dual carriageway, but its effects have been deadly, with many fatalities since 1990. No wonder it is at the centre of disputes between the federal and state governments over some A$7 billion in funding required to finished the project. Various minor party candidates have also weighed in.

Along the way, you zip in and out of patchwork local economies. Coffs Harbour and Port Macquarie stand out as administrative or tourist centres to some poorer hinterlands behind.

In the federal seats of Lyne (Rob Oakeshott), Page, Cowper and Richmond,unemployment rates are around 8%-9%. Around Coffs itself, the average is 10.1% and as many as 18.4% of households are paying more than 30% of their income on rent.

Such figures would be worse if some of the 20- to 30-year-olds had not fled, most likely to Sydney or Queensland. The proportion of this age bracket living on the North Coast is 2% below national average. Like the Central Coast, the north coast economies up to the Tweed River have benefited from retirees or tree-changers from Sydney who worry about services.

It is no wonder, then, that the National Party and the state Coalition government under Barry O’Farrell would like to promote industries and decentralise populations from Sydney to stop the drift of population, to build voting constituencies and to diversify local economies. Nationals leader Warren Truss announced last week a fund for impoverished regions but the A$1 billion covers 10 years and all of Australia.

The state government wants to develop coal seam gas mining (CSG) across the state as it sees benefits in tens of thousands of jobs and millions of dollars in community projects. However, across the state, as well as in Sydney, local populations are up in arms over the environmental consequences of CSG extraction.

After a recent court verdict against Rio Tinto over a Hunter Valley development, the state government has proposed changes to planning laws to make the economic development of mining the principal consideration. Consequently, the NSW Farmers' Federation is antagonistic to such mining trumping agriculture, although it does see benefit in carbon farming as a means to rejuvenate the west of the state, where population and services are declining.

On the north coast, the CSG issue is yet another headache for the Nationals. It joins farmers to the ex-Sydney tree-changers who have helped transform the area from the Country/National control of the past.

Richmond was, for many decades, held by the Anthony family, but now its federal Labor member has joined the Labor member for next door Page in a stand against CSG mining. The Nationals candidate has promised not to be bound by his party on the issue.

Both major parties have approached these complexities with piecemeal policies in constrained circumstances. Neither has an industry policy. Both promise to spend some money on infrastructure and both have resorted to making policy on the run about foreign purchase of land.

Dr Mark Rolfe is a lecturer in the School of Social Sciences, UNSW.