Opinion 'Stay safe': Why women are enraged by advice to steer clear of violent men

Advising women to "stay safe" is problematic because it transfers the responsibility for men's violence onto women, and distracts us from more difficult conversations. 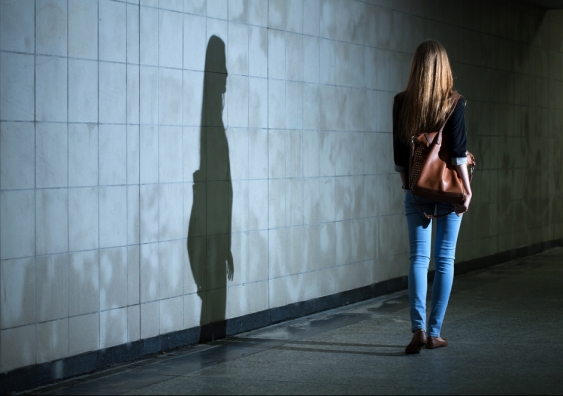 Last week, a man allegedly raped and murdered a young woman – emerging comedian Eurydice Dixon – as she walked home from a comedy gig. 19-year-old Jaymes Todd has since been charged with one count of murder and one count of rape.

In the wake of yet another tragic – but, importantly, not unavoidable – loss of a woman’s life, police predictably advised people to “stay safe” by engaging in a range of “protective” strategies.

BREAKING: Police are urging people to take responsibility for their safety when walking alone in Carlton North, after a woman was found dead there overnight. "Make sure people know where you are and if you’ve got a mobile phone carry it." https://t.co/PjmsInGSEs

The social media response was swift, with the police comments quickly denounced as yet another example of the ways in which we deflect the blame for men’s violence back onto women.

I would LOVE it if @VictoriaPolice developed some "situational awareness" by realising that:
1) rape is a situation 4 which perpetrators r 100% responsible &
2) telling women 2 modify behaviour does not make women safer, but does discourage victims reporting & increase self-blame

So why do we keep telling women to “stay safe”, and why is it such a problem?

Walk with your keys between your knuckles; text a friend when you arrive home safely; don’t drink too much; keep an eye on your drinks; be aware of your surroundings; don’t have headphones in; there’s safety in numbers; don’t go out after dark; don’t dress too “provocatively"…

As decades of feminist research has documented, women, for the most part, already engage in these extensive "safekeeping” routines. Many women have been taught from a young age that they are responsible for avoiding the violence that men perpetrate against us. At best, this makes safety “advice” redundant.

When women don’t use these routines, it’s often because they are with people they trust or in familiar places making the use of such routines seem unnecessary.

But unfortunately, as the statistics on violence against women show all too clearly, those we trust are among the most likely to hurt us – feeling safe is unfortunately not the same as being safe. Some women also reject or challenge such “advice” on the basis that it is ineffective and burdensome.

Women also routinely experience harassment and threats in public space that remind us of the possibilities of what could happen – and cases such as the recent incident in Melbourne confirm these.

Indeed, as I walked home that night, I found myself questioning whether I should take my usual route home through the park as the twilight dissipated into darkness, and the usual crowd of joggers slowly thinned out, my world instantly becoming a little smaller:

What if this happens to me? Am I being reckless? If something does happen, will it be my fault?

This highlights the impossible double-bind women face in engaging in “safety” routines: if we use them, we restrict our worlds and possibilities. Often, women are positioned as “overreacting” and “hysterical” in relation to their wariness and hyper-vigilance in public places.

Yet, if we don’t engage in these routines, we are positioned as being to blame for what happens to us. Fiona Vera-Gray refers to this delicate balancing act as having “the right amount of panic”. 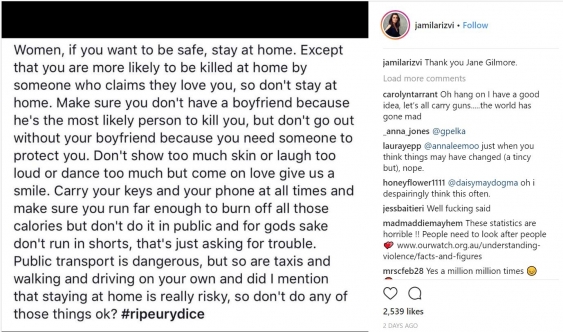 While “safety” routines limit women’s lives, they are also paradoxical. For example, using these routines made women in my own research feel safe, enabling them to access spaces and engage in activities they perhaps otherwise would not have. They simultaneously contract and expand our possibilities for being. This presents a more complex picture – although ultimately these routines are an imposition, offering women an impoverished or partial freedom at best.

A sense of control

So, why do women use these routines, and why is this type of “advice” trotted out in the aftermath of such incidents? One potential answer lies in the fact that using these strategies often fosters a sense of (mostly) false control over our worlds. This is referred to as a “belief in a just world” – that if we do all of the “right” things, bad things won’t happen to us (and, if they do, we did not deserve them and were not to blame).

It’s also very difficult to know to what extent such routines are effective. Some feminist researchers have argued that “random” acts of violence perpetrated by strangers against women in public places may be comparatively rare, precisely because women are so adept at using safety strategies and avoidance routines. This argument is almost impossible to verify. After all, how do you measure something that hasn’t happened?

In other research, women encountered various forms of sexual harassment and violence regardless of whether they had used different safety strategies or not. Sadly, this was also illustrated in Eurydice Dixon’s case. While police encouraged citizens to have a phone on them at all times, Eurydice had herself used this strategy, texting a friend to say that she was almost home safely. This suggests such strategies are limited in effectiveness.

Even if some women are able to effectively harness “safety” strategies in some situations, this is not effective as a prevention tool. At best, it could be thought of as victimisation avoidance.

Teaching women to enact safety strategies relies on the inevitable possibility that there is a willing perpetrator out there whom we need to avoid. While safety strategies may allow individuals to avoid or deflect a perpetrator, this may simply displace harm onto a more vulnerable target.

Ultimately, the focus on safekeeping routines are problematic in that they shift responsibility for men’s violence back on to women, and distract us from the difficult and long-term conversations and deep-seated cultural, social, and structural changes that need to happen to truly prevent this violence from occurring in the first place.

For what it’s worth, I did walk home through the park alone in the end: a small act of feminist resistance in honour of all the women who should have made it home safely.