In the world of public policy, constant changes that are politically induced do not lead to good outcomes. Just look at the policy on Aboriginal Australians, writes Jenny Stewart. 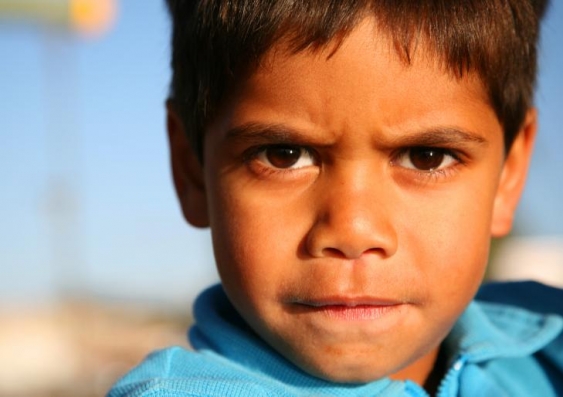 OPINION: It is said that when the government changes so, too, does the country. After going to all the trouble of getting elected, governments want to see as many of their objectives as possible implemented. The problem is, in the world of public policy, constant, politically induced changes do not produce good outcomes. Moreover, in their zeal to make their mark, ministers and their advisers are inclined to forget that policies are not simply words on paper. As they are implemented, policies represent systems, institutions and people. There is no such thing as a clean slate.

There is no public policy arena that is not already populated by institutions that have been placed there by previous governments. While public servants have to be responsive, they know that in responding to the latest political push, they will disrupt relationships and human resources that may have taken many years to build up.

The result – at least in areas that are high on the agenda – is a constant policy "churn". New policies are piled on top of old ones, making it very difficult for governments to evaluate programs (because it is unclear what exactly has been done) or to learn from past experience. There are many examples of the problem – policy on Aboriginal Australians probably being the most egregious. The initiatives proposed by Andrew Forrest are simply the latest of many attempts to impose a solution without paying sufficient attention to the evidence, which shows, quite clearly, that only long-term processes of patient, two-way engagement based on achievable, mutual undertakings have any chance of success.

There has been so much chopping and changing (by well-intentioned white people) that many Aboriginal people either disengage from the process or just go along with whatever the latest people sent to help them are telling them. Who can blame them? It is one of the more unfortunate consequences of being judged In Need of Help that someone else decides what is right for you, and you lose any power at all over your own future, and consequently any accountability for your own actions.

The Abbott government may argue that its planned budgetary stringency shows a concern for the longer term. Yet from the standpoint of implemented policy, impatient policies are exacerbated by budgetary changes, as the funding tap is turned off, or on again, or set at a trickle. As the bulk of public expenditure is based on existing entitlements, it is discretionary expenditure and the public sector workforce itself that must bear the brunt of change. I sympathise with senior public sector managers in this environment. How is it possible to plan a future workforce, or to position a department or agency strategically when there is no agreed medium-term or even short-term agenda? It is a battle to keep key people: all too often they take a package or decide to ply their trade as consultants.

Some would argue that the answer lies in governments doing less, leaving decisions about the longer term to the private sector (including the not-for-profit sector). But while governments have outsourced and deregulated a good deal (many would say, too much), there remain many activities that they alone are properly responsible for – welfare policy, education, health, defence, research, the environment, urban planning, transport and so on. Most of this work requires more than a three-year time horizon – commissioning infrastructure, setting up new institutions, maintaining public investments, undertaking scientific research and so on. How to balance the long-term horizon that is needed in all these fields against the political prerogative to implement change?

Part of the answer lies in appropriate institutional forms. Our forebears wisely understood that departments of state, flexible though they might be, are not always the best vehicles for setting a course and sticking to it. Ideology in the form of privatisation removed a good many of the publicly owned businesses, while others were reshaped in the name of that mysterious panacea known as good governance. What was once a rich public sector ecology, populated by a wide variety of different kinds of agencies, has been radically simplified as a result. Yet in some fields there are no real substitutes for competent public businesses. If public telecommunications had not been privatised, there would have been no need for NBN Co, and at least some of its troubles may have been avoided.

Politics provides the broad direction, but the real difficulties lie in the implementation. Statutory bodies provided a space for forward thinking, an arena in which the ''doers'', the implementers, might be allowed just to get on with it. I have often observed that those at the summit of organisations think the world is a good deal simpler than it really is. It takes being up to your armpits in practicalities to realise its complexity.

The people in the field know what is needed: patience, pay attention to detail, recruit and reward the right people. But those in power are usually not interested in what they have to say. Once the funding is made available, the effect must be produced. Outputs recorded, outcomes expected.

It takes many years to make a good academic, a good school teacher, a good public servant. Let's allow at least some institutions to think and act for the longer term, give them the funding they need, hold them accountable but basically let them get on with the job.

Over the past 40 years, we have had a demolition derby of many of our most useful agencies, agencies that once enjoyed bipartisan support. The whirlwind creativity of the Rudd years could not be sustained. But both sides of politics have a tradition of identifying and pursuing ideas for the future. Institutions such as the ABC should be reinvigorated, rather than harassed into submission. It is time for both sides of politics to think more creatively about the longer term.

Professor Jenny Stewart is a visiting fellow in UNSW Canberra's School of Business.