A UNSW study of strata titled homes has found there are major problems with strata living, as 85 per cent of owners surveyed reported defects in new buildings. 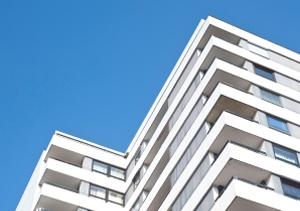 A major study of strata titled homes in NSW released today has found a surprising 85 per cent of strata owners in the survey reported defects in new buildings, and that three in four of these said the defects had not been fixed.

The study by the University of NSW is the first to look into the experiences of Australia’s three million people who live in the fast growing number of strata title dwellings. It found there are major problems with strata living.

Lead author of the study ‘Governing the Compact City: The role and effectiveness of strata management’ is Dr Hazel Easthope, research fellow at the City Futures Research Centre at UNSW’s Faculty of The Built Environment.

She said a quarter of Sydney people now live in what is virtually a fourth tier of government as strata dwellings set laws and impose taxes on residents.

It is the first major appraisal of strata living since they were introduced in 1961. Dr Easthope describes strata schemes as a fourth tier of government as owners corporations  have the power to levy taxes as well as  making and enforcing rules about behaviour.

Seven out of ten strata owners reported they had had one or more building defects including internal water leaks, cracks and water seeping in from outside the building.

Building problems were even worse when the building was relatively new. A total 85 per cent of strata title owners in buildings built since 2000 said there were defects in the construction. Three in four of them said defects were not fixed.

The most common problems were that the developer and/or the builder held control of the building scheme and delayed the rectification of defects, or the builder was no longer operating and therefore could not remedy the defects.

The study was launched at a forum on strata titles held at The Mint in Macquarie Street, Sydney.

Launching the study, NSW Minister for Fair Trading Anthony Roberts said it was a valuable resource as the government reviews strata law over the next 12 months.

We shall not be moved