Opinion Supporting, not imprisoning, Aboriginal people with disabilities could save millions

Early support could save lives and allow Aboriginal people with mental and cognitive disability to live with dignity in their communities, writes Ruth McCausland. 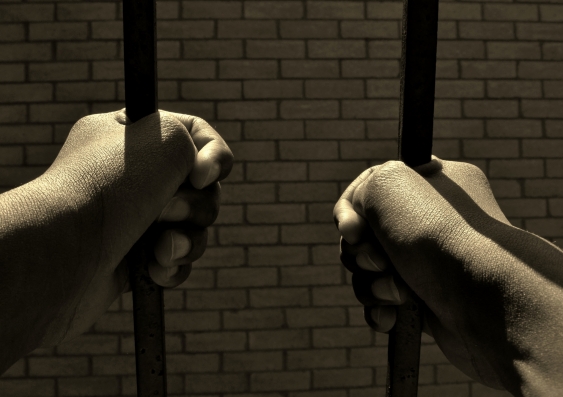 OPINION: Australia imprisons thousands of Aboriginal people with mental and cognitive disability from disadvantaged backgrounds. Our research illustrates the huge cost of this practice – in both human and economic terms.

Most Aboriginal people with mental and cognitive disability are not in prison for committing serious crimes. In our study the most common offences were theft, public order offences (such as offensive behaviour), offences against justice procedures (such as resist or hinder police officer, breach of bail) and traffic and vehicle offences (such as driving without a licence).

Aboriginal people with disabilities end up in prison because they are not supported early by specialised and community-based services. They are there because they’re from poor and disadvantaged backgrounds and from areas with no real alternatives to custody. Some are there indefinitely because courts consider them unfit to plead.

The cost of the status quo

The Indigenous Australians with Mental Health Disorders and Cognitive Disability in the Criminal Justice System (IAMHDCD) Project draws on a data set of 2731 people who have been in prison in New South Wales, one-quarter of whom are Indigenous. We have data from police, courts, legal aid, juvenile justice and adult corrections as well as government housing, disability, correctional health, hospitals and community services.

This data allows us to track every time people have had contact with these government agencies over their lifetime. It has also allowed us to calculate what it costs the government to have this group managed mostly by police, courts, prison and hospital emergency departments.

The Productivity Commission estimates it costs A$290 a day to keep someone in prison.

We worked with government agencies to estimate other unit costs, such as what it costs police each time they record an incident; each time someone appears in court; each time someone is admitted to an emergency department; and each time someone receives a disability service. We then applied these costs to case studies of real people to calculate their lifetime costs.

Take, for instance, “Roy” – a 28-year-old Aboriginal man with an intellectual disability and a social personality disorder. He’s spent more than 1800 days in custody and more than 100 days in hospital for drug-related mental health and self-harm matters.

Roy’s contact with the criminal justice system from a young age is connected to his cognitive impairment. He left school at 13 and had his first contact with police soon after, when he was picked up for shoplifting and confessed. He then had increasingly regular contact with police. His brothers and friends often gave his name to police as an alias.

Just after he turned 18, Roy was picked up by police on a train without a ticket and under the influence of drugs. He was soon well known to police in inner city Sydney for begging and living on the streets. He was often admitted to emergency hospital departments due to his worsening mental health. He cycled in and out of prison on charges of theft, possession of illicit drugs, resisting arrest, assaulting police and breaches of bail.

The contact with government agencies amounted to millions of dollars for each case study of an Aboriginal person we looked at. For one young woman from regional NSW, “Casey”, the cost was $5.5 million by the time she was 21.

By far the largest chunk of these costs are from regular contact with police, emergency hospital admissions, court appearances and prison.

We have failed to care for and protect this group of vulnerable, disadvantaged children and adults. A lack of appropriate early intervention or services in the community has led to a predictable cycle of imprisonment.

The human costs of managing Aboriginal people with mental and cognitive disability via the criminal justice system are devastating. But the economic costs to governments are also significant.

Such costs only increase over time, as people become stuck in the system and are further disadvantaged. A lifetime of prison and crisis supports can be as high as $1 million per yearfor some people with complex support needs.

Our research shows that there would be great human and economic benefit in investing as early as possible in holistic, therapeutic, culturally responsive, community-based support.

We could have both saved money and improved Roy’s well-being, for instance, by providing him as well as his family with early intensive case management support services, housing, and a disability support pension. We have estimated – conservatively – that the government could have saved more than $350,000 by time Roy turned 30.

There’s growing support across Australia for initiatives that reinvest funds going to imprisoning Aboriginal people into community-driven solutions. Such initiatives have the potential to deliver more than money; they could save lives and allow Aboriginal people with mental and cognitive disability to live with dignity and support in their communities.

Ruth McCausland is a Research Fellow in Arts and Social Sciences at UNSW.

This article first appeared in The Conversation and is the fourth in a series of articles by this research team. Click here to read more on the Indigenous Australians with Mental Health Disorders and Cognitive Disability in the Criminal Justice System (IAMHDCD) Project.