It might be a couple of weeks off, but film-lovers have the chance to go behind the scenes of the 2015 Sydney Film Festival this week. 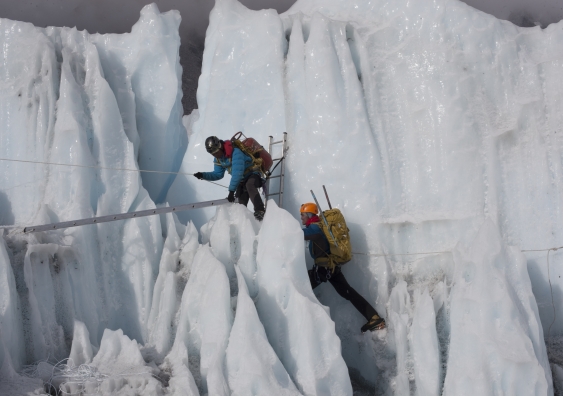 A still from the film Sherpa. Image supplied.

It might be a couple of weeks off, but film-lovers have the chance to go behind the scenes of the 2015 Sydney Film Festival this week.

As part of UNSW Arts & Social Sciences’ partnership with the Sydney Film Festival, a public event is being held on campus on Friday, offering people the chance to hear from the Festival Programs Manager and a local film director and producer.

Sydney Film Festival Programs Manager Jenny Neighbour will discuss this year’s festival, reveal some highlights of the program (including clips from the films) and talk about what’s involved in programming an international film festival of this size.

One of the films premiering at the Festival is the documentary Sherpa about the ethnic group in eastern Nepal. The film, about avalanches and the disproportionate risks that Sherpas take in taking foreigners to the summit of Everest, is given added poignancy by the recent earthquake and aftershock.

Sherpa’s Australian film director and producer, Jennifer Peedom, will give a filmmaker’s perspective on the Festival experience and reflect on the ongoing tragedy in that country. Elliott Magan, who graduated from UNSW with a BA in Media & Communication (Film Major), worked on the documentary.

“As well talking about their film and the festival, our guests talk about their personal journey in film-making and festival programming, which gives students insights about potential careers,” says Michelle Langford, Senior Lecturer in Film Studies in the School of Arts and Media.

As a result of the formal partnership with the Festival, which runs from 3-14 June, a UNSW student is taking part in the internship program. In addition, student work will be showcased on the SFF YouTube channel after the festival. An invitation-only event will be hosted by UNSW Arts & Social Sciences at the Festival Hub at Sydney Town Hall.