While the international community seems unwilling to use force against President Assad, some glimmers of hope for action are emerging, writes Anthony Billingsley. 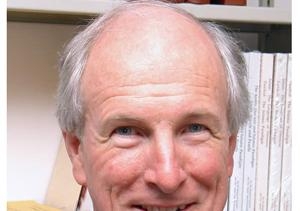 OPINION: The appalling massacre of civilians, including children, in the town of Houla, near the Syrian city of Homs, was a senseless act beyond the unacceptable and ultimately self-defeating goal of crushing all resistance to the regime in this rebellious area of Syria.

The Syrian government must bear responsibility for the atrocity, regardless of whether it had given orders for the killings. The government has created an atmosphere in which such tragedies have become more likely. By persisting with its attacks on centres of Sunni resistance and raising the spectre of communal conflict, the government is sending out messages to its supporters that they can take matters into their own hands.

The spectre of a sectarian revenge cycle

The attacks may not have been part of a specific government strategy – it is possible that the murderers (probably from the Alawite community) who carried out the murders were acting on their own behalf. However, they clearly coordinated their attack with shelling of Houla by government forces.

The incident is likely to set off a cycle of revenge involving the Alawite and Sunni communities. The city of Homs and the Assad regime have a tortured relationship. 30 years ago, in an effort to destroy a Muslim Brotherhood uprising in Homs and the nearby city of Hama, the President’s father, Hafez Al Assad, set his troops loose on Hama with possibly 20,000 deaths resulting.

That outrage was forgotten by the outside world but not by the regime or the people of Hama and Homs.

The role of the “international community”

With the introduction of UN-Arab League Observers the level of violence had appeared to taper off slightly and outsiders seemed happy to turn their attention to other crises. The events over the weekend, however, have returned Syria to the spotlight.

The international community seems unwilling to resort to force against Assad. There are, however, some glimmers of hope that international pressure might be building up and might cause him to think again. A number of Western governments, including Australia, have expelled Syrian diplomats in protest.

These are largely symbolic acts that are unlikely in themselves to disturb the government in Damascus. We have, however, seen stirrings in the UN Security Council, which could portend more serious action.

Friends in Moscow and Beijing

While continued Russian and Chinese resistance to Western demands for direct action can be expected, the decision of China and especially Russia to associate themselves with the Security Council’s recent statement is significant. These two “friends” of Assad effectively associated themselves with the Council’s accusation that the regime had violated international law by shelling Houla.

While neither country is renowned for its support for human rights, it is likely that they are discomforted by the attacks and may be willing to apply greater pressure on the regime to comply with the Annan plan.

Russia is a vital friend of Syria and has significant interests in the country. It is also, with China, firmly opposed to notions of regime change and the violation of sovereignty. This is consistent with the view that the regime and its supporters would never contemplate the removal of Bashar Al-Assad and his family. Too much is perceived to be at stake in this civil war – the survival of the Alawite community itself is seen to be threatened by the resistance of the Sunni majority.

As the Guardian’s Simon Tisdall has written, however, Russia also has important interests invested in its relations with the United States and President Putin is not likely to be sentimental in his handling of the crisis. Assad would do well not to take Russian support for granted.

UN-Arab League envoy, Kofi Annan, has met President Assad to deliver a clear warning about the continuation of the violence and the increasing international impatience with the government’s behaviour. Other governments have spoken out condemning the regime’s behaviour.

Annan, together with UN Secretary-General, Ban Ki-moon, and the head of the Observer force in Syria, General Mood, has restated the importance of the six-point plan that he developed. It remains the only (albeit slim) prospect for a reduction in the violence.

A major obstacle to the implementation of Annan’s plan is that President Assad appears to feel that he is winning the conflict. His regime appears to be united and much of the country is relatively quiet. He struck a confident tone in remarks at a Non-Aligned Movement meeting in Tehran last week when he said Syria would survive the crisis.

As long as Assad senses victory there is little real incentive for him to back off from the violence and honour the Annan peace plan. It will be up to people like Annan, Ban Ki-moon and the Russians to convince Assad that his confidence is misplaced.

Anthony Billingsley is a lecturer at the School of Social Sciences at UNSW.

Arab League mission to Syria an exercise in duplicity