Opinion Syria: why Russia and the US should take negotiations seriously

Instead of a military solution to the Syrian conflict, the US must join with Russia to pursue a unified diplomatic approach to end the bloodshed, writes Anthony Billingsley. 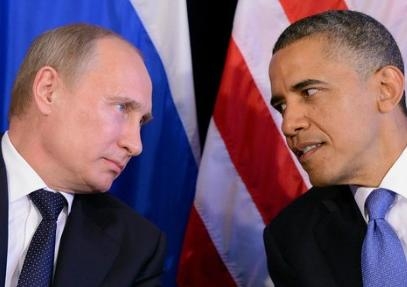 OPINION: The Geneva II Syria peace talks concluded earlier this month in a sadly predictable failure, marked by the frustration of the UN-Arab League negotiator Lakhdar Brahimi, who apologised to the Syrian people for the lack of progress. The conference agreed to include terrorism and a new transitional governing body on the agenda and for there to be a third conference but, beyond that, nothing was achieved.

Responsibility for the talks’ failure has been directed at both the Syrian government and the opposition. The opposition was unrepresentative of events on the ground, where groups of varying degrees of brutality dominate. The moderate forces that began the uprising have all but been eliminated as serious participants.

The Syrian government, led by president Bashar al-Assad, senses that it’s winning the war against “terrorism” and continues to enjoy the support of a significant proportion of the Syrian population. Presidential elections on July 7 will be used by Assad to strengthen his claim to legitimacy.

Given these circumstances, Assad had no interest in considering the main issue at the Geneva II conference: his replacement.

But there are others who should accept some of the blame for failure of the talks. The Syrian conflict has become a major focus of America’s rivalry with Russia and this has complicated diplomatic efforts. America’s challenge to Russia’s interests in the region has been expressed largely in terms of regime change, which was initially raised in the communiqué of the first meeting of the Friends of Syria and has emerged as a roadblock to progress in negotiations.

The US used Iran’s refusal to endorse the communiqué because of its regime change provisions to exclude it from the conference, despite Iran’s essential role in any settlement of the conflict.

The US knows regime change is unacceptable to Russia, which demands a negotiated solution. Russia has made it clear it will not allow action in Syria that has regime change as its goal.

Russia also insists that Assad have a role in transitional arrangements. This is not necessarily out of love for Assad; Moscow would work with any sympathetic regime in Damascus. Rather, Russia fears that regime change in Syria might be pursued elsewhere, including in Iran, to the cost of Russian interests.

This does not mean that Russia is happy for the violence to continue. The longer the violence in Syria persists, the greater the risk that it will aggravate Russia’s problems in the North Caucasus region, including Chechnya. For these reasons alone, Russia has cause to seek a negotiated settlement of the civil war.

But for this to be achieved, Russia and the US need to find a basis for co-operation. Without agreement between the two powers, a solution is unlikely. Working together, the two powers can achieve much. A glimpse of the power of joint action can be gained from the agreement to remove Syria’s chemical weapons.

While not of major bearing on the conflict itself, the chemical arsenal was important in Syria’s defence against Israel. Similarly, the ceasefire in Homs and the recent Security Council resolution on humanitarian access to Syria were achieved through co-operation.

Can progress be made without a US-Russia agreement?

Conversely, the failure of the Geneva II conference shows what happens when the two sides are not in agreement.

US president Barack Obama seems to have drawn a different lesson from that failure. He has increased his criticism of Russia and reportedly agreed to expand the military side of US engagement through greater involvement of the CIA and other US agencies and approving Saudi supply of advanced weaponry to extremist groups.

If true, this decision will aggravate the suffering by compelling Assad’s supporters to respond in kind. It will do nothing to force the government to change its approach.

It is of note that the Saudis and Turks now appear to be recognising the danger of the path they have been following. Recently, Saudi King Abdullah forbade any Saudi citizen to fight in Syria. He may have in mind the situation when Saudis, encouraged to fight the Russians in Afghanistan, returned home and attacked the regime.

The Turks, likewise, have begun to show concern about their policy of allowing extremist groups to control their border with Syria. Recently, they have been trying to reassert control there.

On February 13, Russia, the US and the United Nations met to overcome the lack of progress regarding the Syrian conflict.

Instead of trying to find a military solution, the US needs to take advantage of such meetings to pursue a unified diplomatic approach to end the conflict. Together, the US and Russia could change the dynamics of the civil war, especially if they chose to work through or with the UN Security Council.

Such an approach would be directed at forcing those countries supporting extremist groups – Saudi Arabia, Qatar, Kuwait and others – to end that support and to co-operate in countering the spread of extremism across the region.

It would also challenge the Syrian government’s allies – Iran and Hezbollah – to reconsider the nature of their support for the regime; steps that would lead the government to reconsider its attitude to compromise and reform.

Dr Anthony Billingsley is a Senior Lecturer in the School of Social Sciences, UNSW.