For Syrian peace talks to succeed, the rebels and their foreign supporters will have to abandon hopes of a clear victory, writes Anthony Billingsley. 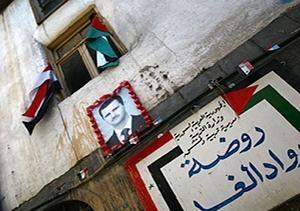 OPINION: A great level of cynicism has been pervading the ongoing conflict in Syria. This is seen in the manipulation of the crisis by Syria’s neighbours, including Saudi Arabia and Turkey, and the superpowers, the United States and Russia.

New-found levels of cynicism can also be seen in the shifting alliances of convenience on the battlefield. The most shocking example is in reports that the Syrian government and Jabhat al-Nusra have been cooperating over access to the country’s oil reserves. Al-Nusra, one of many groups of foreign fighters amongst the opposition rebel forces, claims allegiance to al-Qaeda.

But what is the end game for the civil war? And what will Syria look like after the fighting finally ceases?

There are several possible outcomes of the civil war. The outcome emerging with the greatest prospects for success is the multi-party talks announced by the US and Russia in early May. The conference may provide a way for the various parties to negotiate an end to the fighting. For that to happen the US will need to make major concessions – abandoning their insistence on regime change, and welcoming Iran to the conference.

US insistence on regime change has been a problem for Russia and China since the overthrow of Libyan dictator Muammar Qaddafi in October 2011. As long as that demand is on the table, those two countries are unlikely to promote a negotiated settlement.

Even more than Russia, Iran has the capacity to influence the Assad regime. But its involvement could not be seen in isolation from the US campaign against Iran’s nuclear program or from its rivalry with the US and Israel for influence in the Persian Gulf and beyond.

There are signs that the parties may be ready to step back from the violence of the past few years. After some stonewalling by the Syrian government, Russia has expressed confidence that Syrian leaders will attend the talks. Recent government successes on the battlefield may have strengthened its negotiating position. The opposition, while sceptical of the regime’s motives, must be under intense pressure from its backers to attend.

For the talks to succeed, the rebels and their foreign supporters will have to abandon hopes of a clear victory. The goal of these governments of the removal of president Bashar al-Assad’s Alawite regime and its replacement by a democratically elected government, has been become increasingly remote in the face of deep divisions in rebel ranks and government successes on the battlefield.

Equally, however, the possibility of a clear-cut regime victory is also hard to envision. Assad will have to make concessions at the conference and these must relate to the structure of the regime. While major concerns of the government – the status of the Alawite community, the future of the al-Assad clan and the exclusion of extremist elements from a future government – will have to be addressed at the talks, Assad will also be required to make concessions, which will include a greater role for the Sunni community in government and commitments to genuinely open and free elections.

If the conference fails, the most likely outcome is lasting stalemate with the various groups dominating parts of the country and civilian casualties continuing to rise. For Western and Arab governments, this would normally be a satisfactory result as it would mean Iran’s and Russia’s strategic positions are weakened. The problem with stalemate, however, is that the conflict is spilling over beyond Syria.

Lebanon is facing one of the most dangerous times in its recent history with Hezbollah’s entry into the conflict and tensions between Alawites and Sunnis eruptingin the city of Tripoli. There appears to be a merging of the unrest in Sunni areas of Iraq with the Syrian conflict while tension is increasing in Kurdish areas in Turkey, Syria and Iraq as Kurdish elements seek to exploit the greater autonomy afforded by the loss of Syrian government control.

Israel is revisiting its policy on Syria. Since the 1973 October War, the border with Syria has been quiet. With the Assad government’s position deteriorating, Israel faces the possibility of confrontation across the Golan Heights with opponents undeterred by the prospect of disproportionate retaliation.

Added to this is the massive refugee flow. Syrian refugees in Jordan represent around 20% of the country’s population. Combined with refugees from Iraq, this problem has major implications for Jordanian stability. Jordanian policy on Syria has been constrained by the threat posed by extremists emboldened by the conflict in Syria.

We are not yet at the point where the outlines of a solution are evident. But recent developments suggest the various parties are coming to recognise the need for the violence to end. When that time comes, it will be important for the international community to be ready to offer a way for the combatants to end the conflict without great loss of face and with key interests intact. That will be when the United Nations should come into its own.

Dr Anthony Billingsley is a Senior Lecturer in the School of International Studies and Social Sciences.

Arab League mission to Syria an exercise in duplicity