A partnership between UNSW’s Gendered Violence Research Network and Commonwealth Bank is raising awareness around groups at greater risk of economic and financial abuse. 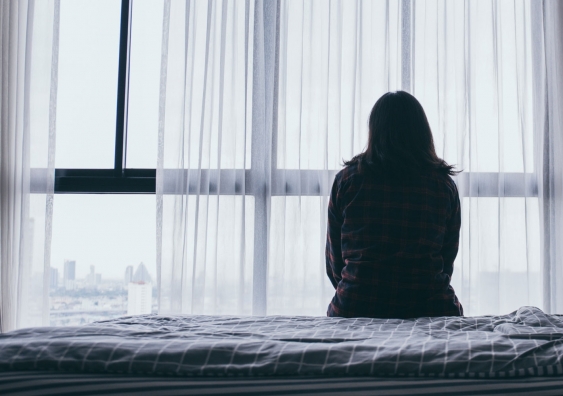 One in four women, and one in thirteen men, has experienced domestic or family violence by an intimate partner. Photo: Shutterstock.

A collaborative research series between UNSW’s Gendered Violence Research Network (GVRN) and Commonwealth Bank (CBA) is deepening understanding of economic and financial abuse within the context of domestic and family violence.

The project has published the ‘state of knowledge’ reports available via the CBA’s Financial Abuse Resource Centre, all of which identify knowledge gaps in current research on economic and financial abuse. Each report has an associated community guide to raise public awareness and improve community response.

What is economic and financial abuse?

Financial abuse is a form of domestic and family violence where abusers use money and resources to control their partner or family member, says project-lead Professor Jan Breckenridge from UNSW’s School of Social Sciences, co-convenor of GVRN.

One in four women, and one in thirteen men, has experienced domestic or family violence by an intimate partner. Of those who seek support, 90 per cent are affected by financial abuse.

“We know that economic and financial abuse are often heavily intertwined with other forms of domestic and family violence, and that it can often prevent a person from leaving an abusive relationship,” Prof. Breckenridge says.

“The insights generated from the research will assist government, financial and community organisations to develop effective policies and services to promote long-term economic security for those affected by domestic and family violence.”

The five-year project was funded by Commonwealth Bank, is part of the CommBank Next Chapter program which helps victim-survivors of financial abuse achieve financial independence. It continues GVRN’s ongoing relationship with CBA that has delivered staff training and developed the Bank’s response to domestic and family violence, and financial abuse since 2016.

“Many Australians know domestic and family violence is an urgent issue but far fewer are aware of how closely it is linked to financial abuse. We’re proud to be partnering with GVRN to better understand financial abuse and demonstrate how we can best support people in vulnerable circumstances when they need us most,” says Commonwealth Bank CEO, Mr Matt Comyn.

“Now more than ever is the time for individuals, business, the community and government to come together to shine a light on this issue, because we can’t afford not to.”

A lack of consistent definitions makes it difficult to measure the prevalence of financial abuse, the research found. Financial abuse is characterised by coercive behaviours, such as controlling or withholding of finances, appropriating income, failing to contribute to expenses, and making one partner liable for joint debt or bills, Prof. Breckenridge says.

For example, elderly people can be coerced into drawing down on their mortgages or intimate partners pressured into accessing their superannuation early.

“These behaviours can have ongoing and long-term consequences for victim-survivors, including to their housing and employment security,” Prof. Breckenridge says. “Financial hardship and insecurity can affect their ability to meet their basic needs.”

Read more: Increase in domestic violence over the Christmas period

Abusers often continue to generate economic costs in the victim’s name, even after the relationship ends; for example, perpetrators can deliberately extend Family Court matters affecting property settlement, she says.

Financial abuse can even include receiving abusive messages in your banking transactions, Prof. Breckenridge says. Financial institutions became aware of the use of one-cent transactions with aggressive descriptions.

“Tens of thousands of these messages were from people saying things like ‘I’m outside watching you’,” Prof. Breckenridge says. “As part of the project, we looked for patterns in customers who have reported they've experienced domestic violence.”

Factors such as refugee or migrant status, language barriers, a lack of sufficient social security, experiencing depression and being older increased potential for financial hardship, the research found.

Cultural norms around finance, family harmony and care-giving can make financial abuse difficult to recognise and report, she says. “In intimate partner relationships, traditional gendered expectations regarding the management of finances can facilitate abusive behaviours, making it difficult to recognise the perpetrators’ tactics as abuse.

“And within First Nations communities, there is also the possibility for abuse in the broader family system. Cultural values around shared wealth and resources can move beyond positive sharing and support to increase a victim-survivor’s financial stress,” Prof. Breckenridge says.

Read more: Disability inclusion: how do we change community attitudes?

“There are a range of promising approaches and strategies to preventing and responding to economic and financial abuse emerging from the financial services, government, legal and education sectors,” Prof. Breckenridge says.

Additionally, the Australian Government’s National Plan to Reduce Violence Against Women and their Children recognises the need for specialist domestic violence knowledge to promote economic security during and following violence.

“Our research is a call for action and a commitment to delivering change,” Prof. Breckenridge says. “We must continue to listen to people with lived experience of financial abuse to help shape our collective response.”