The tension between democracy and freedom in India

A leading expert on democratic theory, Professor Ashutosh Varshney, will contrast India’s democracy with its unsteady record of liberal freedoms at a free public lecture at UNSW on 12 July. 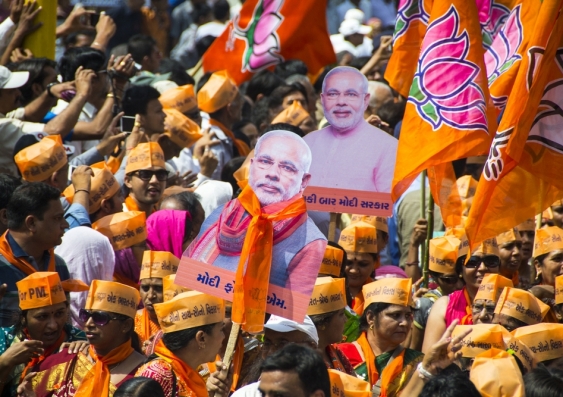 India’s democracy and its unsteady record of liberal freedoms will be the focus of the next So, What? public lecture at UNSW Sydney on Wednesday 12 July.

In his lecture "India’s Democracy: Electoral Vibrancy, Liberal Deficits", Professor Ashutosh Varshney from Brown University in the US will argue that while India’s electoral record remains vibrant, its record on liberal freedoms continues to be shaky.

Since 1952, India has had 16 national elections and 362 state elections. Contemporary democratic theory argues that while democracies can be established at low levels of income, they survive mostly at high levels of income. Defying this theory, India has become the longest surviving low-income, universal-franchise democracy in history.

However, democracy is not only about holding free and fair elections. It is also about ensuring basic freedoms between elections: freedom of expression, freedom of religious practice and freedom of association. Professor Varshney argues that in India, these freedoms are on less certain ground.

Ashutosh Varshney is Sol Goldman Professor of International Studies and the Social Sciences, and Professor of Political Science, at Brown University, where he also directs the Centre for Contemporary South Asia. His books include Battles Half Won: India’s Improbable Democracy and India in the Era of Economic Reforms.

On 11 July, Professor Varshney will be the keynote speaker at a seminar hosted by the Globalisation and Governance Research Network at UNSW, reflecting on populism outside the West.

Following the election of Donald Trump in the US, the Brexit vote and rising support for radical right and left-wing parties in Europe, populism appears to be on the rise. Yet, while much attention has been devoted to populism in American and European democracies, little is known about populism outside ‘the West’.

What does populism mean and what are its causes? Is it on the rise? And is it a good or a bad thing? This seminar will address these and other questions from the perspective of countries and regions that have received less media coverage in the populism debate, including India, Eastern Europe and the Philippines.

Painful histories must be acknowledged to achieve lasting peace