An ‘orderly departure program’ similar to the one set up after the Vietnam War could offer a vital pathway out of Afghanistan for refugees over the next several years. 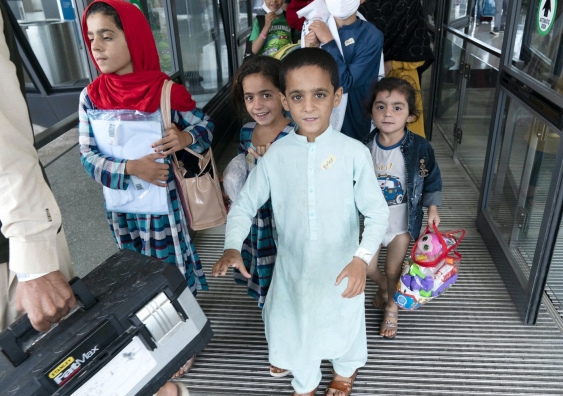 US President Joe Biden’s deadline of August 31 to complete US evacuation efforts from Afghanistan is fast approaching. And after last week’s bombing at the Kabul airport, the security situation for Afghans trying to flee the country has become even more perilous.

Yet, thousands of Afghan nationals are still hoping for an escape.

Leaders of G7 nations have said they are pushing for the Taliban to grant “safe passage” for Afghans who need to leave after this week’s deadline passes. According to international refugee advocates, safe passage could include an “orderly departure program” for would-be refugees, like those previously run in Vietnam, Cuba and many other countries.

History shows these programs hold promise and pitfalls. But if combined with other measures — such as expanded resettlement efforts — a scheme for orderly departure by air or through safe land corridors could offer a vital additional way out.

How orderly departure worked in Cuba and Vietnam

Orderly departure is a unique practice. Ordinarily, a person at risk of persecution or other serious harm must first flee across an international border before trying to access protection under international refugee and human rights law.

In contrast, orderly departure involves some, if not all, of the immigration, medical and security checks to be conducted while applicants are still in their home country, otherwise known as “in country”.

Would-be refugees may be transferred to a transit country if the paperwork cannot be finalised quickly enough, something the Biden administration already organised for the Afghan nationals evacuated before the August 31 deadline.

The United States has more experience with this set-up than most. Most recently, the Biden administration re-opened an Obama-era “in-country” program through which Central American children can apply to enter the US to access protection as refugees.

In fact, “in-country processing” has had a permanent place in the United States’ annual refugee admissions program for decades.

After President Fidel Castro encouraged an exodus of Cubans by boat to Florida in 1965, the US worked through the Swiss government to strike a deal with Castro’s regime to allow a massive airlift of Cubans to the US.

This involved primarily those with close relatives in the US, who travelled aboard two flights every weekday to Miami from 1965–73. Despite Havana’s tight restrictions on eligibility, some 300,000 Cubans were brought to the US in total. 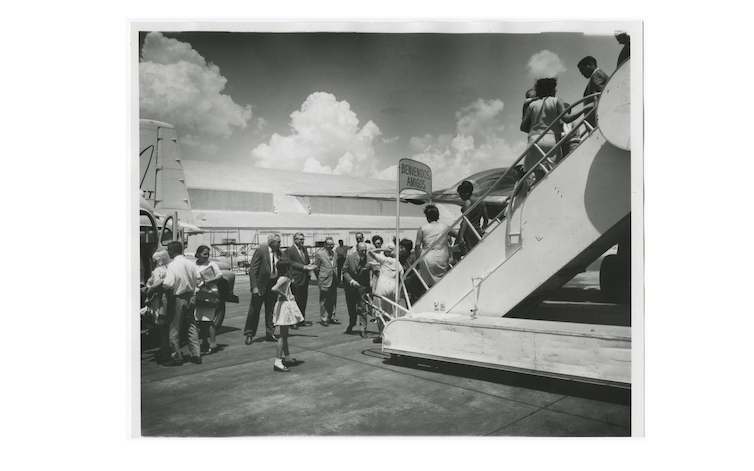 Cuban refugees being greeted after arriving in Miami on a Freedom Flight from Cuba. Photo: University of Miami Libraries via Sunshine State Digital Network

In 1979, four years after the end of the United States’ war in Vietnam, the UN refugee agency (UNHCR) and the Vietnamese government signed a deal under which more than 30 countries participated in an orderly departure program out of Vietnam.

Foreign governments exchanged lists of names with the Vietnamese government to secure exit permits for people (a practice that would not be possible in Afghanistan at present). While the program was far from perfect — the US and Vietnam disagreed over eligibility criteria — it nonetheless allowed 650,000 Vietnamese to leave from 1979 to the mid-1990s.

Some countries, like Australia, opted to admit many Vietnamese on family reunion visas rather than humanitarian ones, demonstrating the flexibility with which foreign governments could approach a similar program today. 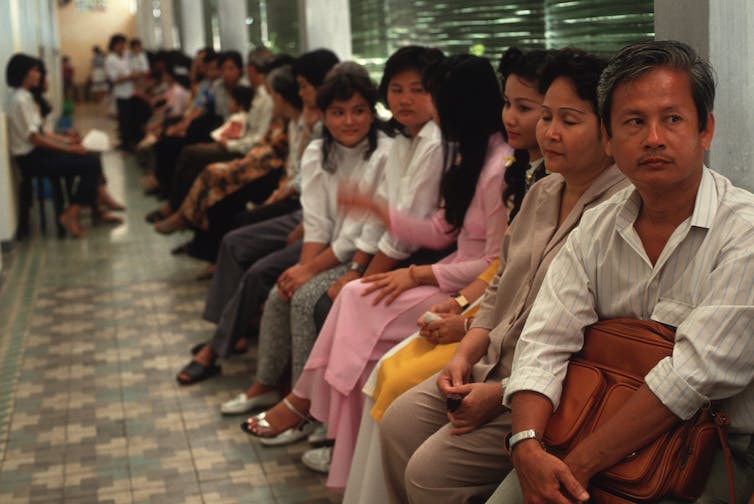 A family waiting for an interview with US officials in Vietnam in 1990 as part of the Orderly Departure Program. Photo: Peter Charlesworth/Contributor/Getty

Yet, departures were not always orderly

History shows negotiating the safe and orderly departure of would-be refugees from home countries can take time to organise and get up and running. It can also take time to gain the confidence of people who might seek to leave.

Word-of-mouth and proof-of-concept build momentum. In Vietnam, the orderly departure program was secured by the UN refugee agency years after the communist forces took Saigon. Prospective applicants were initially cautious.

Many fled clandestinely by boat instead, telling US immigration officials in Malaysia they “were unaware” of how the program would work and “had seen no signs of its implementation”.

Even after the programs in both Vietnam and Cuba were set up, authorities in both countries still exercised some influence over the ability of people to leave.

This is why orderly departure programs today must operate in addition to other efforts by the international community to protect refugees who flee on their own.

Will the Taliban agree to it?

One major obstacle the orderly departure of would-be refugees is it requires the consent – tacit or otherwise – of authorities in the country of origin.

the safe and orderly departure of foreign nationals and Afghans who wish to leave the country.

The Taliban is looking increasingly wary of allowing a longer-term evacuation to take place. Last week, a spokesman for the group declined to extend the deadline beyond August 31 and told the US to stop encouraging skilled Afghans to flee.

However, with the spotlight on Afghanistan’s new leaders, the former foreign ministers of 25 countries have argued there’s room to negotiate.

France and Britain are now reportedly set to propose a UN resolution calling for the establishment of a safe zone in Kabul that would “allow humanitarian operations to continue”, according to French President Emmanuel Macron.

The international community must use this opportunity to make good on promises to help former locally-engaged staff and their families, as well as women leaders, journalists, ethnic minorities, and and many others who might face persecution or other serious harm under the new regime.

Former interpreters who fled Afghanistan years earlier have reported their family members are now at risk by association, so it is essential the US and other governments cast a wide net in trying to get Afghans out.

If orderly departure arrangements can be established, however, this doesn’t mean governments can close off other pathways through which Afghans can seek protection, such as asylum procedures and expanded resettlement programs.

No matter how orderly or safe a program is, there are many reasons why some people will still need to flee across an international border to seek protection.

The need for foreign governments to protect their Afghan partners was known for years. As August 31 approaches, now is the time to double down, not to back out. Safe passage may still be possible.