Putting our daily routines under a microscope has enabled social policy researcher Lyn Craig to unravel many of the mysteries of modern life. 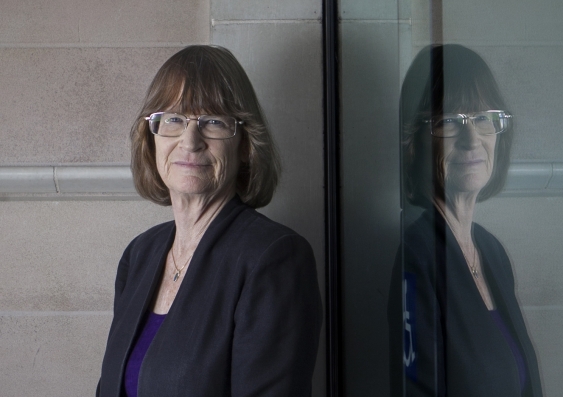 Juggling motherhood and tertiary study 20 years ago, a young Lyn Craig knew how demanding higher education could be in an era when childcare facilities were hard to find.

So the then UNSW social sciences student was surprised when she read a newspaper article that claimed men and women enjoyed the same amount of leisure time.

“So I got in touch with the person who was being quoted, and asked him how he came to that conclusion.”

That person was Professor Michael Bittman, who was at the time working in UNSW’s Social Policy Research Centre (SPRC) looking at how people allocate their time during an average day.

They talked about the research and Bittman invited the budding social scientist to analyse the data few others were looking at.

The difficulty was – and still is – getting policy makers to see that unpaid work is socially and economically productive.

Such data can help us understand the impacts of time use on economies and our general wellbeing. 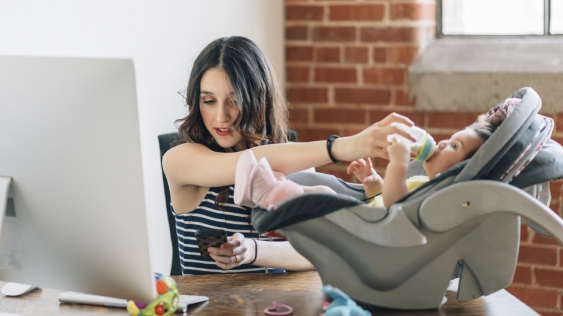 The best ways to highlight the importance of unpaid work is to put a dollar figure on it. But internationally, many productivity measures still don’t include unpaid work: Photo: iStock

“I counted things that had not been counted before,” says Craig, who two decades later is herself a Professor in UNSW’s Faculty of Arts & Social Sciences, and a recognised scholar in the fields of gender equity, work–family balance and comparative family and social policy.

“After my honours year I went straight into a PhD and I have been doing time-use research ever since,” says Craig, who recently became Director of the SPRC, leading the country’s largest team of social policy researchers dedicated to making a difference to critical social issues, public debate and policy formation.

Craig began her academic career when time-use research was first taking off around the world.

Today, many countries collect standardised time-use data and the world’s biggest collection of time-use diaries is kept at the Centre for Time Use Research at the University of Oxford in the UK.

Beginning her work in the field as a mature-aged student with children, Craig was well placed to question many of the assumptions social researchers were making about paid and unpaid work.

“It was a real-life question that had an academic application,” she says of her research.

She questioned how child supervision was categorised in economic theory and in time-use diaries. For example, time spent at a swimming pool watching the kids was interpreted as a leisure activity, even though Craig (and almost every other mother) knew it could be anything but. Most women were poolside because they had to be, not because they were on holiday. To confuse childcare and leisure was to significantly underestimate – and undervalue – women’s roles, Craig believed.

Sorting out the distinction between work and leisure is about fairness, but it is also about more than that. It has real public policy impacts, Craig says. If policy makers don’t take into account how women are really spending their time, they might assume, for example, that the way to increase women’s superannuation is for them to spend more time as full-time workers. But that would likely mean spending less time doing other essential activities, including rearing children or looking after elderly or sick relatives.

“The difficulty was – and still is – getting policy makers to see that unpaid work is socially and economically productive,” Craig says, adding that the task could become more difficult after the Australian Bureau of Statistics (ABS) dropped its use of time-use diaries ahead of the planned 2013 data collection, citing cost.

Over the years, the range of questions posed by Craig about unpaid work and time use has broadened, to include the time cost of parenthood, the unpaid domestic work burden carried by women with part-time jobs, and what role grandparents play as carers of children.

Almost without exception the work has attracted widespread interest from the public, policy formulators and the media, the latter reflected in many colourful newspaper headlines including: “Mums can have a life too”; “The parent trap”; “Welcome to the nanny state”; “Our do-little Dads”; and the unforgettable “Hairy legs, but happy kids”.

Craig believes one of the best ways to highlight the importance of unpaid work is to put a dollar figure on it. In 2006, the ABS estimated the value of unpaid work was equivalent to at least 40% of Australia’s Gross Domestic Product. But internationally, many productivity measures still don’t include unpaid work.

In recent years, Craig has turned her attention to the growing childcare burden falling to grandparents and the challenges faced by young people.

“I am particularly concerned about young people because entry into the workforce is so much more precarious than in the past,” she says, pointing to rapidly rising housing costs, more time spent in higher education with a smaller return in terms of salary, and a shrinking pool of long-term, permanent jobs.

I am particularly concerned about young people because entry into the workforce is so much more precarious than in the past.

It’s a concern shared by the Australian government. In December, Craig was awarded a prestigious Future Fellowship from the Australian Research Council to study social and economic productivity across the age spectrum. The $900,000 fellowship will allow her to compare and contrast the transition to adulthood and employment for young people against the exodus of baby boomers from the workforce in 10 countries including Australia, Korea, Japan, the US, Denmark, Italy and France.

The aim will be to identify global patterns that may inform future government policy.

“It feels to me like there have been a lot of social shifts in the past 10 years that we can’t see because we haven’t had the data to do the studies,” Craig says. “The Future Fellowship is a way to try to do that at a global scale, and that is really exciting.”