The media has neglected the impact of the Craig Thomson saga on the Abbott-led Opposition, writes Jo Coghlan. 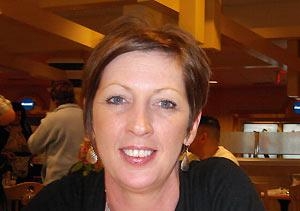 OPINION: While the mass media have spent considerable time in news coverage of the Craig Thomson saga, focusing for the most part on its impact on the Gillard government, few have dissected it in relation to its impact on the Abbott-led Opposition. Rather, most Australian journalists have repeated Abbott's line that Craig Thomson's vote in the House of Representatives is tainted and he won't accept it in the column of 'ayes' for Coalition in any votes on the floor of the chamber.

Recent events in federal parliament, particularly Tony Abbott, Leader of Opposition Business Christopher Pyne, and Opposition Whip Warren Entsch attempts to sprint from the parliament to nullify Thomson's decision to vote with the Coalition on a series of gag motion (to allow continued debate from Liberal Shadow Treasurer Joe Hockey on Australia's debt ceiling) have provided a visual pointer to the parliamentary and political contradictions embedded in Abbott's position that Thomson's vote tainted, implying it somehow was invalid.

Christopher Pyne, who also maintained Abbott's line that it's a matter of principle that the Opposition don't accept Thomson vote, was forced to accept that Thomson's vote remains valid in the federal parliament – regardless of what improprieties he is alleged to have committed.

Abbott and Pyne have lost what they saw as the high moral ground on Thomson, that the Gillard government should not rely on Thomson's vote, especially if it meant they could defeat a no confidence motion against the government.

This was in response to a Fair Work Australia investigation has found that Thomson, as National Secretary of the Health Services Union from 2002 to 2007, misused members' funds for escorts, cash withdrawals and electioneering.

The farce of Liberal's, including Abbott and others fleeing from the House of Representatives is predicated on the Opposition wanting to avoid the precedent that should Thomson take leave from the parliament, his vote would be paired thus negating any numerical advantage for the Opposition. Tony Abbott has cited John Howard's refusal to pair former Labor Senator Mal Colston's vote by having a Coalition senator abstain. Hence, the Abbott Coalition would never be trapped into having to grant Thomson a pair: "We don't give pairs to independents and we will never accept Thomson's vote under any circumstances," says Abbott.

This becomes an important point should there be a successful motion to suspend standing orders and the bringing on of a no confidence motion against the Gillard government. Should the Opposition, assuming it can convince all the independents to vote with the Coalition on a no-confidence motion – and Thomson's vote is included in that count – convention would Abbott to call on the Governor General to call a general election.

Legally elected by the voters in the federal seat of Dobell (NSW) in 2007 and again in 2010, Thomson's vote is not 'tainted' in the sense that it is invalid. As long as he lawfully sits in the House of Representatives his vote counts. Regardless of the debates about codes of conduct and even the considerations of the Parliamentary Privileges Committee, unless found guilty of criminal conduct, it is up to the voters in Dobell to determine whether Thomson remains in any future parliament. Until then, Thomson remains a member of the House of Representatives, and sitting on the cross benches as an independent, can vote as he sees fit. Only a criminal conviction or his resignation will change this. It is unlikely that Thomson will resign, meaning his vote counts in the House of Representatives until the next federal election.

Until an election, or if he is convicted of criminal conduct, he is entitled to the presumption of innocence, as ideally all Australians are. He is, without question, entitled to defend any charges that may arise and be granted full protection of due process. This is regardless of how he is judged by political commentators or the Australian electorate. Voters may have "unquestionably condemned him for flouting all accepted conventions about what standards of behaviour are morally appropriate for a Member of Parliament" by this alone does not nullify his vote on the floor of the House of Representatives. Stripped of his Labor Party membership, he is free, as other independents are, to vote as he sees fit. The tradition of the independents in the current parliament has been to support the Opposition against government gag motion. Thomson, as an independent has maintained this practice. It should have been no surprise to the Coalition that he exercised his vote accordingly.

Apart from the conventions of pairing or the debates about the validity of Thomson's vote, the saga has shined the spotlight on the Abbott's claims of the invalidity of an MP's vote. While the public might not like the idea of Thomson sitting in the chamber (along with House of Representatives Speaker Peter Slipper) democracy and judicial separation of powers mean the public and Tony Abbott don't get to decide Thomson's fate or how he uses his newly-imposed independent status and parliamentary vote.

By trying to take the high ground in grubbing Thomson's vote as invalid, which it isn't, the decision by Thomson to vote with the Opposition four times in one day has provided Labor's spin doctors with their next election advertisement. The task made easier with an image of Tony Abbott sprinting from parliament, aptly referred to by Gillard as 'running from democracy.' As one commentator notes, the 2013 federal election will probably be the nastiest and most negative in history.

This article first appeared in On Line opinion.