Opinion Three trauma takes that the media gets wrong

The media often reflects personal and professional biases and community misunderstandings about trauma. 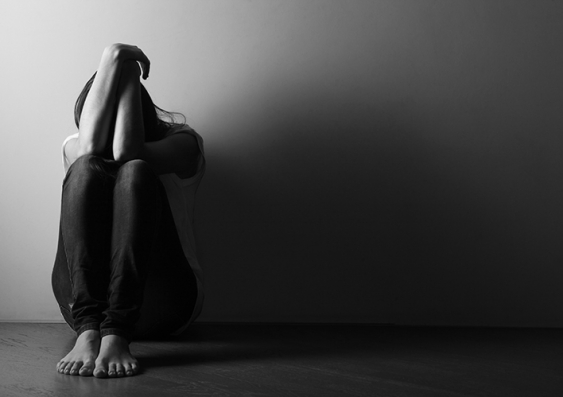 Longstanding myths prevail within journalism and the community about trauma, memory and mental illness. Photo: Shutterstock

Originating in the medical sciences, where it referred to physical injury, the term “trauma” is now often used in popular and scholarly discussion to refer to psychological injury. While large-scale mental health surveys consistently find sexual assault is a major risk factor for traumatic illness, it’s often assumed pre-existing mental illness is the cause of the allegation itself.

Arguments around the truthfulness of assault claims can hinge on stereotypical portrayals of people living with mental illness as untrustworthy witnesses to their own experience.

The recent sexual assault allegation against Attorney-General Christian Porter, which he has strenuously denied, has been accompanied by speculative commentary relating to memory and the mental health of Porter’s now deceased accuser. Some journalists have pointed to her mental health status in a manner designed to raise questions about her account, and to suggest her allegation was a post-hoc confabulation.

The complainant’s bipolar diagnosis, her seeking mental health care, her fragmented journal entries, and her accessing a book on the neuroscience of trauma have been emphasised as evidence she invented her account or was suffering from so-called “repressed” or “recovered” memories.

This type of argument reflects longstanding myths that prevail within journalism and the community about trauma, memory and mental illness. Below, we tackle three key misunderstandings.

Apparent links in media commentary between a bipolar diagnosis and false allegations of sexual assault reflect a misunderstanding of the diagnosis.

People with bipolar disorder experience significant fluctuations in mood, including low depressive states and active “manic” states. A range of studies have found childhood trauma increases the risk of developing bipolar disorders, and contributes to the severity and complexity of symptoms, including earlier age of onset, and increased suicidal ideation and substance abuse. One clinical study of bipolar patients found they were significantly more likely to report sexual assault in childhood or adulthood than patients with a depressive illness. This evidence suggests sexual assault is a risk factor for developing bipolar, and people with a bipolar diagnosis may be more vulnerable to sexual assault.

Bipolar has been somewhat overlooked in research into the relationship between sexual assault and mental illness, and these findings underscore the need for further exploration.

Read more: What is bipolar disorder, the condition Kanye West lives with?

The psychiatrist Bessel van der Kolk authored a bestselling book, The Body Keeps Score. This book was noted in the journal of Porter’s alleged victim. Media commentators have repeatedly reported it as controversial.

Within the field of trauma studies, this book is not considered controversial and is not associated with “repressed” or “recovered” memory theories or practices. Furthermore, “recovered memory therapy” is a fallacy.

“Recovered memory therapy” is a pejorative term invented in the early 1990s to describe trauma therapy. People who use the term claim a significant number of therapists use improper techniques designed to “recover” forgotten or repressed memories of sexual abuse, which creates “false memories” and false allegations. However, there is no therapy called “recovered memory therapy”, and the term has been described by trauma experts as a form of disinformation created by advocates of people accused of sexual offences.

In 2004, the Victorian health regulator initiated an inquiry into “recovered memory therapy” (RMT) at the urging of “false memory” activists. The inquiry concluded “reports of the practice of RMT are often based on speculation” and “there is no reliable evidence for the practice of RMT” in the state. The inquiry demonstrates how inflated claims of RMT have been advanced in Australia despite a lack of evidence.

Since the early 1990s, “best practice” trauma therapy has focused on establishing emotional and physical safety, processing and narrating experiences of trauma, and moving forward from abuse and violence.

Read more: Dissociative identity disorder exists and is the result of childhood trauma

3. Memory error and journalling are not necessarily evidence of false allegations

Some coverage has focused on specific details of the victim’s allegation with the implication that any discrepancy of detail invalidates the claims.

Details matter in establishing the legitimacy of claims. But recent evidence on the neuroscience of memory demands a rethink of public and legal understanding of memory. According to researchers from the United States, memory is commonly perceived as “akin to a video recorder”. But, they argue, memory is fundamentally “imperfect and is susceptible to distortion and loss”. They conclude “there needs to be greater education and awareness of memory processes in judicial settings and in daily life”.

Dori Laub, eminent Israeli-American psychiatrist and Yale University Professor, recalled a woman describing her experience at Auschwitz for the Video Archive for Holocaust Testimonies at Yale in his famous essay on witnessing. The woman said four chimneys exploded and went up in flames during the Auschwitz uprising. When he presented this interview at a cross-disciplinary conference, historians pronounced her recollection incorrect; only one chimney had blown. Her memory was fallible, unreliable, and therefore inadmissible.

Laub, the psychoanalyst who interviewed the woman for the video, disagreed. He said: “The woman was testifying not to the number of the chimneys blown up, but to something else, something more radical, more crucial: the reality of an unimaginable occurrence.” Accuracy regarding the number, he maintained, “mattered less than the occurrence” and therefore, the woman’s testimony stood as “historical truth” despite her factual error.

The private journal entries of Porter’s alleged victim have been exhibited by some journalists as lacking coherence, and a reference to her initially overlooking the assault in the hope of marrying Porter has been foregrounded. Many sexually assaulted people know their abuser. Being bonded to an assailant to any degree can increase the common traumatic shock symptoms of denial and minimisation.

Journalling is often less than coherent. It’s not intended to be read but to help process highly complex personal experiences. Many women relate to these messy journal entries.

Media coverage has been integral to driving social change and highlighting the plight of victims and survivors of sexual violence.

However, the media also harbours entrenched cultures of resistance to developments in trauma science, reflecting personal and professional biases as well as common attitudes and misunderstandings in the community.

Journalists should consult professionals with trauma expertise and people living with mental illness when reporting on sensitive issues such as the impact of trauma on memory, according to best practice guidelines. Trauma and mental health are public health issues, and people with media platforms have a responsibility to get it right.