Opinion Time for Defence to think outside the box 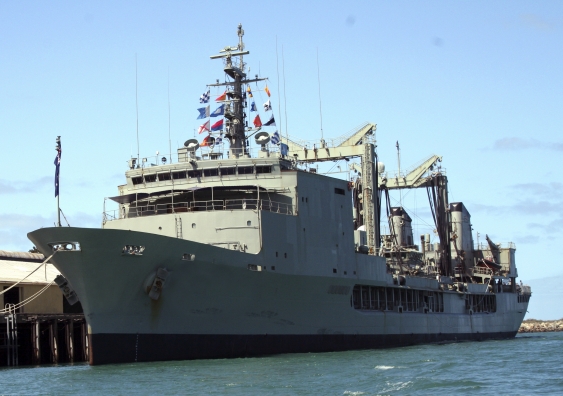 OPINION: According to insiders, the already twice-delayed 2015 Defence white paper now looks set for 2016 delivery, despite a newly-appointed Malcolm Turnbull earlier suggesting that it would be released by the end of the year.

This has come as welcome news for many in the defence community, who have encouraged Turnbull and Defence Minister Marise Payne to thoroughly examine the draft prepared by their predecessors, for fear that it reflects the needs of Tony Abbott far more than it does the broader interests of Australia.

Whether for better or worse, it is not unusual for Australian Defence white papers to reflect the needs of the government of the day more than anything else, nor for them to reflect the all too common dichotomy that has dominated our strategic thought for more than a century.

Historically, strategy has essentially revolved around particular military orientations, with armed forces structured to venture afar as a small part of a large coalition force or to combat small regional threats across land, sea and air.

In recent years, our Defence white papers have prepared us for higher-intensity conventional conflict and sought to improve expeditionary capability through what can loosely be termed a "maritime strategy".

While this maritime strategy should arguably have been concerned with the sea-based projection of force across land, air and sea, which would have called for roughly equal investment in each military service, recent governments have invested most significantly in the Royal Australian Navy and supported the procurement of two landing helicopter dock amphibious assault ships, numerous high-capability air warfare destroyers and a number of new submarines of a currently undermined type.

However, with the rise of major military-economic powers in the Indo-Pacific and these powers pursuing dramatic military-technical developments in realms of cyber and robotics, Australia can no longer assume that the adoption of fairly typical maritime strategy is a safe bet. Yes, there is much naval activity in the South China Sea and we live amid rising sea levels, but we also in an age whereby geographic boundaries and conventional weapons have been rendered largely irrelevant by modern remote warfare that often involves little or no human presence.

In this sense, Australian defence strategy is disjointed and incomplete. We lack a holistic plan for enhancing the utility of the Australian Defence Force in the contemporary strategic environment dominated by high technology, one that extends beyond land, sea and air, to include and fully integrate the space and cyber domains.

The question, then, is whether Turnbull and Payne will use, or are using, any extra time associated with the delayed release of the Defence white paper to think outside the box and go beyond adjusting this strategic document to suit their political interests. Put differently, will they take measures to begin defining strategy for the 21st century and avoid consequences that could affect Australia's role in the international order for decades to come, or simply let us become more dependent on the United States?

Only time will tell the answer, but Turnbull certainly has the business acumen and experience-derived wherewithal to recognise the need for a high-tech shake-up of our defence strategy. At the same time, he understands that more conservative voters and party members may need time to get used to the fact he is now Prime Minister, and may therefore hold off making any significant moves until he can do so without scaring anyone.

In a less politically corrupted world, the Defence white paper would display clear recognition of the need to gradually move away from manned fighter jets, capital warships, diesel submarines and troop transport vehicles. This is because we already struggle to attract the people to man these platforms, and they are also better suited to fighting highly unlikely and possibly unwinnable major-power conflict than modern distance warfare. The recognition might come in the form of a reduction in the number of new but conventional submarines, ships and planes to be acquired in the future, limits on the expected service life of existing military assets and/or moving forward planning for their unmanned and network linked replacements.

In an ideal world, the Defence white paper would lay the path for the establishment of a transformation office that would be charged with conducting outreach and co-ordination well beyond the Department of Defence and its Defence Science and Technology Group – to other government agencies, the private sector, academia and international partners.

This office could oversee the development of a broad community of inquiry that would more effectively engage with relevant defence institutes and technology policy organisations that engage in horizon-scanning activities, providing continual guidance on emerging military technologies and associated geopolitical developments.

This could then inform a much-needed robotisation and automation strategy, aimed at managing the complexity of the challenge represented by the inevitable robotisation and automation of the Australian Defence Force, and ensure any progress across the many services and domains affected by this evolution is as beneficial as possible. It could also specify Australia's priorities and declare what sort of systems and platforms it plans to investigate or acquire over the 25 years, well beyond the likely reign of any one prime minister or political party.

Dr Jai Galliott is a defence analyst and expert at UNSW who specialises in the ethical, legal and social implications of emerging military technologies.