Opinion Time for Plan B in the war on drugs

We should wish drug law enforcement every success while recognising that such endeavours are futile, writes Alex Wodak. 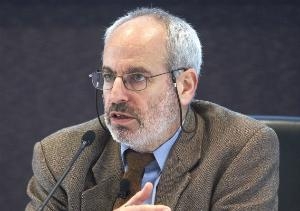 OPINION: Most of the avalanche of publicity around Australia 21’s launch of their report on drugs was quite favourable. The report called for vigorous community debate but was careful to avoid recommending any specific preferred policy response.

“The prohibition of illicit drugs is killing and criminalising our children and we are all letting it happen” was launched on April 3 at the national parliament.

The commentary on the war on drugs resembles the end of the Soviet era when defenders of the regimes conceded that communism may not have worked as well as had been hoped, but warned that nations would be even worse off under capitalism.

Prime Minister Julia Gillard, Attorney General Nicola Roxon, and Leader of the Opposition Tony Abbott were united in their reluctance for a national debate about Australia’s drug policy. While these responses were quite predictable, they attracted considerable criticism.

Drug policy is not an easy subject for politicians, especially for Gillard and Abbott who have admitted smoking cannabis in their youth.

There have been many previous media discussions about our drug policy in recent decades. But never before has its critique provoked such an intense, sustained and positive response.

Clearly, the perception that relying so heavily on drug law enforcement simply doesn’t work is widely shared; it’s been an expensive way to achieve terrible outcomes.

Never before has a former commissioner of the Australian Federal Police been as unambiguous and forthright as Mick Palmer was in his declaration at the launch of the Australia 21 report that law enforcement makes very little difference to the drug market.

A few days after the report’s launch, Otto Perez Molina, president of Guatemala, described how he had been responsible for drug law enforcement in his country 20 years earlier. But after becoming president, Molina was struck by the fact that drug consumption, production and trafficking had all increased despite two decades of fighting the war on drugs.

At the Summit of the Americas in Colombia, on 14 to 15 April, over 30 heads of government (including US President Barack Obama) took part in a closed-door discussion about the failure of the war on drugs. President Obama was forced to concede that this discussion was legitimate. And conservative Canadian Prime Minister Steve Harper surprised many at the summit when he also conceded that the war on drugs had failed.

Nigel Inkester, a former chief of MI6 in the United Kingdom, declared on 17 April that the war on drugs had been lost and that drug legalisation had to be considered.

First academics started saying these things, then retired politicians, judges and police chiefs. Now serving presidents and prime ministers are also finally admitting that the emperor is not wearing any clothes.

When Plan A doesn’t work. it’s time to think about Plan B. As Gramsci said, “the old is dead but the new is not yet born.

The media in Australia scarcely reported the intense debate about drug policy now raging in the Americas and Europe. But the seizure of 5,000 cannabis plants outside Melbourne on 18 April was widely reported.

We should wish drug law enforcement every success while recognising that such endeavours are futile. While there remains a strong demand for illicit drugs, there will always be a supply.

Employing 250 police to carry out raids on the 5,000 cannabis plants meant that these police were temporarily unavailable to attend more serious and violent crimes. Meanwhile, others involved in supplying cannabis will have been delighted at the temporary elimination of a major competitor.

The Age reported that $29 million worth of plants had been seized while the ABC reported that the plants were worth $20 million. Estimates like these are based on retail rather than the more realistic wholesale prices. They inflate the apparent benefits of the raid but is typical of the dishonesty required to keep the war on drugs going.

One of the lessons of the drug debate is to make sure that we only consider bite-sized chunks. So far, there only seems to be a growing consensus that Plan A doesn’t work.

Dr Alex Wodak is Director, Alcohol and Drug Service at St Vincent's Hospital in Sydney. He is a Conjoint Senior Lecturer at UNSW and a member of UNSW's Australian Drug Law Reform Initiative.