We need new media ethics for a digital and global world, Professor Stephen J.A. Ward will tell a public lecture at UNSW on Tuesday. 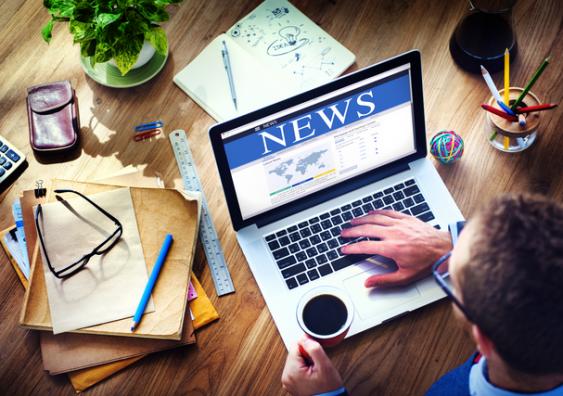 The sources of news are now wider than ever, with a corresponding variance in trustworthiness.

In the weeks leading up to the Brexit vote, readers of some of Britain’s biggest-selling newspapers were told that the NHS was at breaking point because of the rise in EU migrants and that Britain was losing control of its borders. EU migrants had also sparked a housing crisis and were committing more than 7000 offences a week. Under the headline “We’ll Get Stuffed by Turkey”, The Sun warned that if the “Stay” vote prevailed, millions of Turks would invade Britain because Turkey was about to be offered European Union membership.

For Professor Stephen J.A. Ward, they were potent examples of the parochial journalism that has fed the need for a new global journalism ethic.

Professor Ward, an internationally recognised media ethicist, journalist, educator, consultant, keynote speaker and award-winning author, will explore the need for change in his public lecture “Radical Media Ethics” on Tuesday, 26 July. The talk is presented by UNSW’s Faculty of Arts & Social Sciences as part of its So, what? public lecture series.

The media is in turmoil, with professional journalists joined by bloggers, citizen journalists, tweeters and social media users. The pace of news has accelerated as digital platforms and 24-hour news cycles demand constant updates and live blogging – sometimes at the expense of accuracy. Mass redundancies have seen newsrooms shrink and the remaining journalists time poor and working across multiple platforms. All this, says Professor Ward, has led to the collapse of the traditional model of media ethics. Created in another era for a media that was neither global nor interactive, media ethics need to be rethought and rebuilt from the ground up, he says.

“That’s what I mean about being radical. It doesn’t mean we’re going to throw out all our principles, but even the principles we’re going to keep, like telling the truth, like accuracy, have to be reformulated in global terms and in new media and digital terms,” he says. “What does it mean to be accurate in a world where we’re live blogging? What does verification mean in that world?

“I understand that speed is an issue but accuracy is not impossible if you are well organised. In the wire services we did fast reporting all the time and did it accurately but you can’t do that unless you have a strict editorial process, a set of rules. What we need to do is develop an ethics for digital journalism – that is, norms that could work across various platforms.” 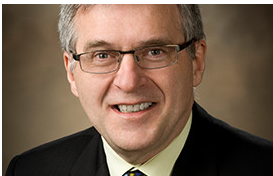 That parochial sentiment might be for a nation or something smaller like an ethnic group. “In principle, there’s nothing wrong with that but if we use those parochial sentiments to distort when we report on other people and other groups and global issues, that’s the problem. We don’t adopt a broader perspective.”

The other side, which is related, is the global side, he says. “If you go to any journalistic code of ethics, you will get high-minded talk about objectivity, impartiality, accuracy, independence, minimising harm and not a whisper of parochialism. But it is there in the preamble where it says ‘this journalistic code is for journalists who serve their public’,” Professor Ward says.

He cites the work done by grad students who examined media coverage of international climate change conferences and found they were covered like domestic political stories: who wins, who loses and what’s in it for our country. “The science stuff, the global cooperation that’s needed, the legitimate arguments of developing countries, they either get lost or get distorted in the political gamesmanship and the representation of other perspectives is distorted,” he says. “That’s an example of what parochialism can do. I’m not arguing that you lose your identity as a citizen of your country but you’d better be willing to transcend your parochialism.”

So how will this change happen? Professor Ward admits it won’t be easy but he believes it is possible.

The information that people get from the media on these issues determines the world’s responses to a great degree. If we’re misreporting these issues, it can have huge impacts.

“Journalism education has to change, the teaching of ethics has to change. First of all, we have to articulate this ethic a lot more than we do now. What are the principles? What does this mean?

If we can do that, we need to get the endorsement of leading news organisations like the BBC to provide some moral leadership. They will lead the way if they start to include this in their guidelines.

But also need this global ethic to be practised outside the mainstream.”

He would love to see cross cultural dialogue among journalists and ethicists to develop a global approach. “I think it would be great if a group like UNESCO or a university centre started a series of international workshops among journalists to try to sketch the global values we would want to operate under and agree to,” he says.

Work is already being done at journalism schools and media centres on how to properly report on difficult issues. “For example, at Griffith University there are scholars who have developed a website on how to report on Islam. It is developing very practical guidelines to at least eliminate the worst mistakes of characterising this religion,” Professor Ward says. “You could do the same for reporting on science and on climate change.”

The need for change should not be underestimated, he says. “The information that people get from the media on these issues determines the world’s responses to a great degree. If we’re misreporting these issues, it can have huge impacts. Look at the reporting of Brexit.”

What: So, what? public lecture – Radical Media Ethics