Opinion Tribunal's ruling is real alternative to trial by vigilante

The Kony 2012 campaign suggests that human rights action is only a click away, but social media vigilantism will never replace the rule of law, argue Louise Chappell and Rosemary Grey. 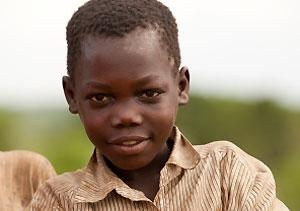 OPINION: Visitors to the website for the Kony 2012 campaign against child soldiers might be forgiven for thinking that action on human rights is only ever just a click away.

Since the campaign's launch, tens of millions of people worldwide have devoted 27 minutes to viewing the emotive, personal story of a child soldier from Uganda, and one American's equally personal crusade to make it right. Meanwhile, the International Criminal Court has been wrapping up the arduous six-year process of bringing its first defendant, the Congolese militia leader Thomas Lubanga, to justice for that same offence, namely the war crime of conscripting, enlisting and using children under 15 in hostilities.

In a historic decision on Wednesday, the ICC found Lubanga guilty on all counts. The defence is poised to appeal the conviction, and the appeals phase is expected to take several months. However, whether or not Lubanga is ultimately convicted, the trial demonstrates that the world will no longer sit by and allow those who perpetrate the most heinous of crimes to act with impunity.

That it took the court six years to reach a verdict has caused some to question the value of the ICC process. The difficulties the court faces are compounded by its inability to execute its own arrest warrants. With no police force of its own, the ICC relies on member states to arrest and surrender suspects, which may mean a long wait.

The Kony 2012 campaign is also seeking to send a clear message on impunity, by offering visitors to the website a chance to "set a precedent for international justice" by clicking to "donate" or by purchasing "action kits". It is a triumph in consciousness-raising. But it offers no long-term solution to the problem while raising expectations of quick results.

The Ugandan rebel leader Joseph Kony is accused of multiple human rights abuses. The ICC issued a warrant for his arrest in 2005 but he remains in the run, likely holed up in a neighbouring country, probably the Central African Republic, Human Rights Watch reports say.

In reality, the road to justice is winding and slow, but it is not without merit. Since the Nuremberg trials the international community has been labouring to establish a rule of law that offers some protection to the world's most vulnerable citizens. This week's ICC decision represented a monumental step towards that goal.

Just as importantly, the trial presented an opportunity to examine the issues in a way that a 27-minute video could never hope to do.

Drawing on the testimonies of former child soldiers and those of experts including the UN Special Representative on Child Soldiers, the Lubanga trial has provided a nuanced account of the child soldier phenomenon. In particular, it has exposed the multiplicity of roles that children play in African warfare, explored the factors making children vulnerable to forced recruitment, and highlighted the sexual exploitation of female child soldiers.

And it gave a voice to the victims in ways previous international tribunals were not able to do. When victims have their own stories heard and put on historical record, justice is not merely a process by which we seek retribution but something "restorative".

And perhaps most importantly, if not the ICC, what then? We watched on TV as angry mobs lynched the Libyan leader, Muammar Gaddafi, many of us without particular alarm. Yet those who killed Gaddafi are rightly being investigated by the ICC. Such summary judgment not only denies the accused a right to account for his or her actions but denies victims their chance to be heard.

We do not yet know what consequences may flow from the kind of social media vigilante campaign Kony 2012 represents. We do know, however, that the ICC, while slow and difficult at times, offers a fair, impartial approach to justice. Its trials represent a commitment to the highest standards of procedural fairness and the steady advancement of the rule of law.

Louise Chappell is a future fellow in the Faculty of Arts and Social Sciences at UNSW. Rose Grey, also at UNSW, is researching the Lubanga decision for her PhD.