The cruise missile attack on Syria may have boosted President Trump’s weak standing at home but fails on more serious criteria of legality and morality, writes Anthony Billingsley. 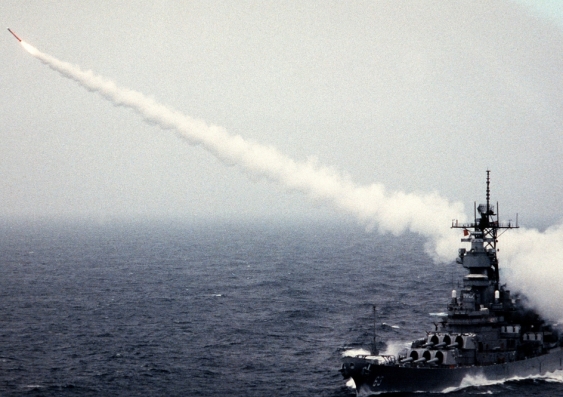 OPINION: In justifying his decision last week to launch a strike against a Syrian government air base, US President Donald Trump made much of his concern that Syria had crossed many of his red lines. And it is true that if, as most of us suspect, the Syrian government did attack Khan Sheikhoun with banned chemical weapons, President Assad has committed a major violation of international law and global norms. There is, however, a more important red line that the United States has crossed, a red line that it has crossed under every administration since the World War II. That red line is the prohibition on the use or threat of force in relations between states contained Article 2 of the United Nations Charter.

That provision, which the United States was instrumental in formulating, provides for only two exceptions: one where a state is under direct attack (or, informally, under imminent threat of attack); the other when the UN Security Council mandates resorting to force through a formal resolution in response to a threat to international peace and security. Moreover, the charter determines that a response to a threat to international peace must be collectively determined. It is not for one member of the security council to act unilaterally. The wisdom of that provision was underlined by the disaster of the illegal invasion of Iraq by the Bush administration in 2003. This latest military action by the US is clearly a violation of international law.

We should not disregard international law lightly, despite the difficulties of imposing it on rogue states like the US or Russia. It is the bedrock upon which relations between states have been maintained since the World War II and may well have enabled the international community to escape a descent into violence on a number of occasions.

If Trump had been seriously concerned by the reported chemical weapons attack, there were other avenues he could have gone down. Importantly, Syria became a party to the Chemical Weapons Convention in 2014 thanks to former President Obama’s decision to resort to diplomacy rather than war, one of the few bright spots in Obama’s approach to the Middle East.

The Syrians’ use of chemical weapons against Khan Sheikhoun would suggest that either the Syrian government did not declare its whole stockpile to the inspectors of the Organisation for the Prohibition of Chemical Weapons or that the government has managed to obtain fresh supplies of prohibited chemicals since 2014.

Had Trump allowed the organisation to address this latest outrage, it might have enabled the Russian and Iranian governments, both of whom are likely to have been deeply embarrassed by the attack, to pressure the Assad government to meet its obligations. By resorting to force, the US has made such pressure less likely.

It would seem in this distrumpian world in which we find ourselves, that the US will only take action if the president is forced to look at gruesome pictures of babies and children suffering from a chemical weapons attack.

Trump’s actions fail also on logical and moral grounds. Only a few days before the chemical weapons attack, Secretary of State Rex Tillerson and UN Ambassador Nikki Haley suggested the US was no longer focused on removing Assad from power. The administration does not seem to be concerned that air attacks on Khan Sheikhoun and Idlib province have resumed since the missile attacks. It would seem in this distrumpian world in which we find ourselves, that the US will only take action if the president is forced to look at gruesome pictures of babies and children suffering from a chemical weapons attack. The nearly 500,000 other Syrians who have been killed by conventional attacks don’t seem to concern the administration. For that matter, the people of eastern Ukraine, Crimea and even the Baltic states must be wondering what they have to do to attract US attention.

Much of the Western outrage over the chemical weapons attack has been directed at Russia and Iran and their duty to constrain Assad. This is appropriate but these demands ignore the West’s role in the Syrian disaster. Former President Obama pursued a policy of providing military support to rebel groups, including, albeit indirectly, extremist terrorist organisations. The level of aid has been sufficient to enable the rebels to keep fighting but not to make a strategic impact on the war. The US objective was to maintain pressure on Russia and Iran rather than to bring the violence to an end. 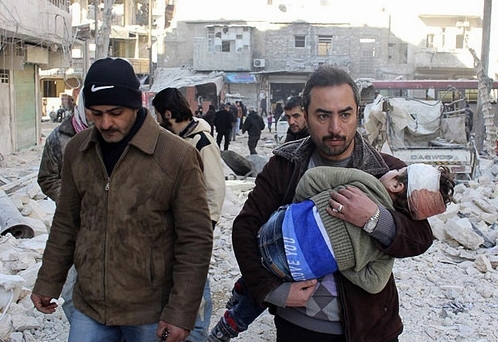 The nearly 500,000 other Syrians who have been killed by conventional attacks don’t seem to concern the administration. Photo: Flickr/Freedom House

In the United Nations, the US has persisted in making demands that they know are unacceptable to the Russians—regime change, an end to Russian and Iranian influence in Damascus—rather than negotiating for an end to the violence. Trump seems to have adopted a similar approach.

While everyone agrees that there is no quick or easy solution to the crisis, there are steps that must be taken before any real progress can be made. Perhaps the most important is for the various concerned parties, including Saudi Arabia, Qatar, Turkey and the US, to stop arming the combatants and instead demand that they begin serious negotiations. For their part, Russia, Iran and Hezbollah will need to make clear to Assad that he cannot continue along the current course and that a negotiated settlement is to be achieved, whether he likes it or not.

A solution will require the US to make concessions. It will have to accept that the Russians have a vested interest in Syria and are not going to abandon their dominance there after all the political and military capital they have expended. Similarly, Iran’s long-term alliance with the Assad regime will need to be accepted. This has been a relationship of great value to both countries over many years and will not be abandoned.

None of this means that Bashar Al-Assad has a long-term future as president of Syria. His behaviour has been an embarrassment to Russia and Iran and, in the context of negotiations over a more widely acceptable government that preserves the current balance of power, they could be expected to ease him out of power.

This would mean that Assad would not be forced to face up to his many crimes but, at this stage, an end to the fighting must be the international community’s primary goal.

Dr Anthony Billingsley is a lecturer of international relations at UNSW.

This article was originally published by the Australian Institute of International Affairs.