Some policies will split the traditional supporters of the Coalition, while others will put the government at odds with key Senate cross benchers, writes Lindy Edwards. 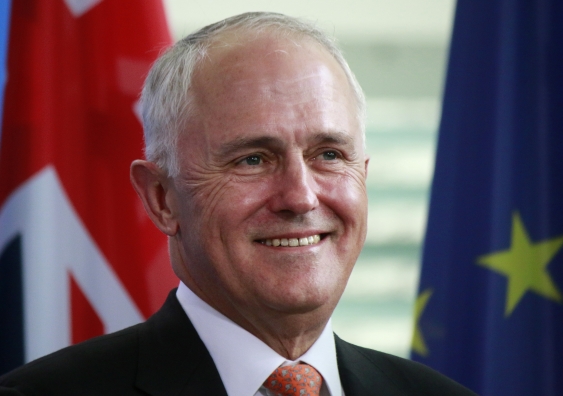 OPINION: As Prime Minister Malcolm Turnbull turns to the task of governing Australia he faces a devilishly difficult line up of interests and lobby groups to implement even his very modest “economic plan”.

Some policies split the traditional supporters of the Coalition, while others will put the government at odds with key Senate cross benchers.

The first challenge will be to deliver his signature small business tax cuts. These were to be paid for by the crackdown on superannuation for the rich. This pits the Coalition’s small business constituency represented by Peter Strong and the Council of Small Business of Australia against the very powerful Financial Services Council.

The Financial Services Council’s 125 members have A$2.5 trillion funds under management and control the third largest pool of managed funds in the world.

The Financial Services Council was enormously influential under the last Coalition government, convincing the Coalition to stick with policies to water down the regulation of financial advisers in the face of a public backlash. As a disproportionate amount of the funds under management comes from the super rich targeted by Turnbull’s reforms, the financial services sector will be pulling out all the stops to protect its piece of the pie.

The proposed introduction of an “effects test” to strengthen the abuse of market power laws will also pit key Coalition constituencies against one another.

The Australian Competition and Consumer Commission teamed up with the former Minister for Small Business Bruce Billson to bring in the measures in an effort to reduce how much the big players can bully smaller businesses. The Business Council of Australia got the proposals scuttled, but they may live to regret it.

The National Party, at the behest of the National Farmers' Federation got the issue put back on the table as part of the deal for supporting Turnbull’s leadership. However, the National Farmers Federation proposal goes much further and (in some drafts) amounts to the re-introduction of protection for key farming sectors. The measures are particularly targeted at protecting farmers from Coles and Woolworths, so Turnbull is also set to have the Australian National Retail Association beating down his door.

The challenge of the effects test for Turnbull runs particularly deep because for many in the wider business community it runs to a point of principle. If Turnbull is seen as backing protectionism over competition it will shred his economic credentials. However with the National Party on the march and a Senate cross bench that will back their protectionist instincts, Turnbull may find the Senate churns out legislation he would never have dreamed of.

The other key elements of Turnbull’s economic plan are also set to put him at odds with the Senate cross bench. One of their key commitments was to sign the World Trade Organisation agreement that requires free trade principles to be applied to government procurement. This sets up the government for a head on collision with the Nick Xenophon team who expressly campaigned on increasing the use of government procurement to support local manufacturing and jobs.

The interests that will be mobilised by the government procurement issue will be many and varied, but two of the biggest will be the defence industries and the big pharmaceutical companies.

Government procurement is the lifeblood of Australia’s defence industries, and not just in South Australia. However the big pharmaceutical companies have long been campaigning to change the way the Australian government purchases medicines through the Pharmaceutical Benefits Scheme.

The government’s other key economic policies were about signing onto the Korea, Japan and China free trade agreements. These agreements expand the opportunities for Australia’s major service companies in banking, financial services, law, telecommunications and IT to operate in these countries. As a result, they have the backing of the Business Council of Australia and many big players like the Financial Services Council.

However, they come at the cost of cheaper imports undermining manufacturing jobs in Australia’s blue collar industries. The agreements risk pitting the government against both the far right and the far left of the Senate cross bench. If the agreements echo the labour mobility clauses of the China-Australia Free Trade agreement, we can also expect to see the Australian Council of Trade Unions supporting the cross bench.

Malcolm Turnbull centred his election campaign on economics in part to side step the divisions between liberals and conservatives in his party on social issues. However, on closer inspection the party is just as divided and up against it on their economic agenda.

Turnbull called the election in the hope of breaking a policy deadlock within his party. The election result has served to demonstrate how deep and profound the divisions are.

Lindy Edwards is a senior lecturer in politics, UNSW.

Politics for the planet: why nature and wildlife need their own UN seats