Men who pump themselves up by denigrating women are revealing how weak they really are, argues Lindy Edwards. 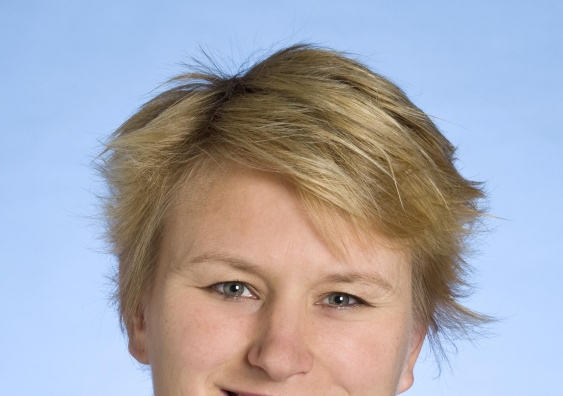 OPINION: In the 1970s a bunch of radical feminists argued that all sex was rape. At the time everyone who had enjoyed loving, consensual sex howled them down. But the events of the last week have highlighted that our culture does include a pretty nasty set of beliefs about sex.

Sex can mean a lot of things. It can range from emotionally transcendental love-making, to fun and laughter, through to the most brutal rape. Nonetheless, among these many meanings, buried deep in our culture is a belief that sex is an act of male domination and female violation and submission.

Last week demonstrates this story runs much deeper in the Australian understanding of sex than we have liked to admit.

The cultural linking of sex with male dominance and power is at the heart of the military's problems with the treatment of women. There is a long tradition of firing up fighting men by invoking their shared ability to sexually degrade women. They tap into an ideal of male sexual power to create a cocktail of ego, aggression and sexual energy that they channel into battle.

We see exactly the same phenomenon at work among our footballers. They also pump themselves up as powerful men by emphasising their ability to sexually degrade women. It bonds them as a group, fuelling a sense of superiority and power to be able to treat women this way.

This understanding of sex is also at work in the recent treatment of our Prime Minister. We are seeing some men responding to a woman in power that they loathe by seeking to degrade her to a mere piece of sexual meat. They get to pump themselves up by putting her down.

The treatment of Prime Minister Gillard is being seen as a call to action among Australian women. Women who have held on to the belief that it is not that serious are being shocked into recognition by the way Prime Minister Gillard is being treated. Others are watching their own experience being projected onto the national stage. They are realising it is not just them having their competence and expertise denigrated in this way.

As we watch this unfold, it is crucial to realise that this cultural understanding of sex is not natural or inevitable. The ancient Greeks saw sex as a site of male emasculation. They believed women had the more voracious sexual appetite, and that they enticed men into sex that would leave them limp, placid and drained of their power.

We develop cultural understandings of sex and bodies as part of cultural systems of power. You only have to look at the fact that we culturally associate balls with strength and toughness to realise this stuff is not based in biological realities. Instead they are beliefs that deeply shape our personal understanding of what it is to be a man or woman.

This sexual script is a historic legacy of a cultural system that placed men at the pinnacle and established women as the handmaidens. It is a residue from the time when our society looked a lot like the Muslim societies that are so frequently criticised.

For more than 40 years women have asked men to voluntarily abandon this vestige of male power in the name of equality and fairness. Many good men have heard the call and are appalled by what is going on. However, there is clearly a significant proportion who are in no hurry to give it up.

The time has come for women and good men to stop asking nicely, and to take matters into our own hands. We need to name this practice for what it is, and that it is actually a sign of weakness. It is appealing to an archaic set of ideas about male supremacy from a time when physical strength was central to economic productivity and political power. In this age of the intellect, analytical problem-solving and clever strategising are now the sources of success. Men who appeal to the old basis of power are admitting they don't have the capability to compete on modern terms.

Men who take on Gillard about her sex are admitting that they cannot match her on intellect. By all means if they want to criticise her on policy, go for it. But if they go after her sexually, we should name it for the weakness it is. In fact, we should name all men who go after women in this way and expose the intellectual weakness it hides.

The only way to tackle these men is to speak their language. It is to name and shame them. Waving a pinkie finger is a traditional way of signalling men trying to pump themselves up to hide weakness. It is something I plan on doing every time I see a man behaving this way from now on, and I invite you and the Prime Minister to join me.

Dr Lindy Edwards is a senior lecturer in International and Political Studies at UNSW Canberra and author of The Passion of Politics.