Opinion Twitter can be a saviour in a crisis

The experience of the Queensland floods has moved us beyond the slanted view of social media services as echoing halls of babble, writes Kate Crawford. 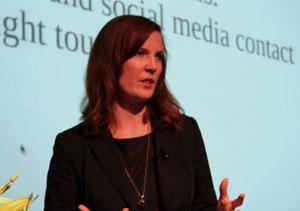 OPINION: This time last year Queenslanders were cleaning up after the worst flooding in recent memory. For those of us outside the flood zone, we were horrified by the pictures of Toowoomba and Brisbane under water. We saw the Lockyer Valley transform from green farmland into a dark inland sea. While TV and local radio brought many people the news, Twitter played a powerful role in communicating the multi-layered nature of the crisis: bringing people together to offer support, and share their shock and grief. But it hinted at lessons we are yet to learn about how to use social media technologies better.

As a niche service that is growing in popularity in Australia, Twitter offered a publicly accessible service where flood-affected individuals, emergency services and the media could all send different genres of news – public and personal. It gave people far from the tragedy a richer understanding of what was transpiring. Clearly, social media can play an important role during such times, but much of what happened last January was ad hoc, and when it worked well, it was often due to good luck rather than planning.

I work with a team of academic researchers that study the use of Twitter during acute events: from natural disasters such as the Christchurch earthquakes and the Japanese tsunami, to social uprisings in Egypt and the UK. When the Queensland floods began, we tracked some 15,500 people who were using Twitter to send updates, adding the phrase #qldfloods – a hashtag that quickly became the central mechanism for co-ordinating discussion. This research was also personal for us: two members of our team were living inside the flood zone.

Norms and conventions develop quickly on Twitter during a crisis: people would consistently relay critical updates from emergency services, with up to 60 per cent of messages being "retweets". Many included links to external sources, with almost 40 per cent of messages containing links to further information. Some Twitter users dedicated themselves almost exclusively to retweeting urgent messages, acting as amplifiers of emergency updates and increasing their reach. When rumours circulated about certain areas being inaccessible, users would quash them and encourage everyone to check their facts. We found five dominant types of Twitter updates: direct information (when to evacuate and other safety tips), media sharing (news media as well as amateur videos and photos), how to help and fund-raise, eyewitness reports, and finally, wider discussion and community reactions.

One of the best examples of Twitter use during the floods was by the Queensland Police Service Media Unit. Their @QPSMedia account became a major source of information for Queenslanders, sending out reliable, fact-checked updates about the spread of the water, and where support services could be found. Cleverly, they created a "mythbusters" series of tweets: intervening before misinformation could spread through the network. The vast majority of tweets sent by and to QPS focused on direct information: which roads were passable, when to leave homes, where basic food could be found for communities that were cut-off from services. People wanted hard facts and the latest updates.

Tweets became part of the fabric of news: locals who posted dramatic mobile video or messages to Twitter suddenly found themselves broadcast on national television. But Twitter is more than one-way broadcasts: people would "listen in" and respond, sometimes correcting journalistic errors, offering a hand to those in trouble, and banding together to form volunteer clean-up groups.

But we still have a long way to go in understanding the power of social media in a crisis. QPS Media was a great example of a small group of people realising they could help and figuring it out as they went – it was a brilliant improvisation. Emergency services need to review their social media presence before the next disaster hits, so they are in the best position to respond quickly. This also means training staff to use social media appropriately.

For our part, we're embarking on a three-year research project with the Queensland Department of Community Safety and the Eidos Institute to explore these issues, and develop strategies for emergency services, government and media to co-ordinate their efforts. The floods have shown that much can be done with these technologies, if the timing and the co-ordination is right.

Above all, the experience of the Queensland floods has moved us beyond the slanted view of social media services as echoing halls of babble. Twitter has its share of tedious flame-wars and celebrity publicity, but it also offers news media a rapid outlet, individuals get a chance to share their stories, and those in need may find an avenue for advice and help. Social media spaces are what we make of them: and during the floods, there was much to make us proud.

Kate Crawford is an Associate Professor and acting director of the Journalism and Media Research Centre at the University of NSW. The research report can be found here.

This opinion piece was first published in Fairfax's National Times.