Opinion Two years after the earthquake, why hasn't Nepal recovered?

Two years after the second earthquake rocked Nepal in 2015, the recovery efforts have been stalled by political instability and money mismanagement, Hemant Ojha, Eileen Baldry and Krishna K. Shrestha. 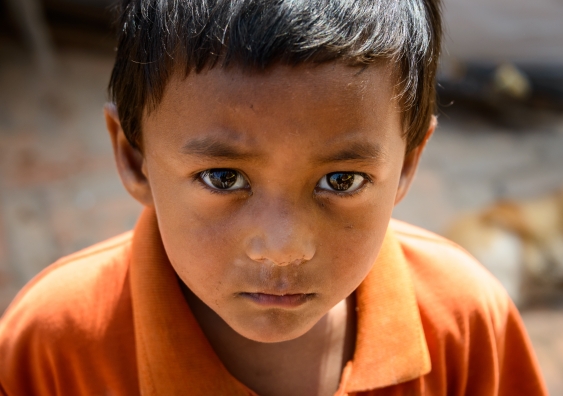 OPINION: Two years after the devastating earthquakes that struck Nepal, the country is struggling to bounce back. Nearly 70% of the affected people still live in temporary shelters, and it is common to see damaged houses, temples without roofs, and earthquake debris lying around, even in the capital Kathmandu.

The recovery is painfully slow, and many families who lost their loved ones continue to live in traumatic conditions.

Over the past two years, working with CARE Nepal and the Southasia Institute of Advanced Studies, we have talked to local communities in the Gorkha, Kathmandu and Kavre districts, and helped to organise a national workshop involving senior government officials, researchers and civil society actors.

The twin earthquakes that struck on April 26 and May 12, 2015 caused around 9,000 deaths, and around half a million families in the central region of the country lost their homes. As well as houses, dozens of Kathmandu’s heritage buildings were destroyed, including the iconic Dharahara tower.

In the quakes’ immediate aftermath, relief and rescue work began swiftly, with local volunteers working with the army and international aid workers. However, over the past two years the recovery effort has slowed to a crawl.

Political bickering, a lack of accountability and poor management of funds have all hampered efforts to rebuild. After two years, Nepali media have branded the situation a “failure”.

Immediately after the disaster, the government and opposition parties agreed to create a new public body, the National Reconstruction Authority (NRA), to oversee rebuilding.

However, despite pressure from international donors and humanitarian agencies, protracted political wrangling meant it took almost nine months to appoint someone to lead the new body. The chief executive has changed three times in little over a year.

Donors pledged more than US$4 billion to the NRA, but little of the aid money has found its way into the work of rebuilding. As a result, fewer than 10% of the roughly 500,000 damaged homes have been rebuilt with support from the government and donors.

The earthquake hit at a time when Nepal was embroiled in debate over its new constitution, which became a matter of controversy. For about ten years, the disaster response agenda had been neglected by the contentious politics of state restructuring, following the decade-long violent Maoist revolt.

Disaster response has thus been sidelined by protracted political instability, characterised by constitutional transition, ideological and ethnic tension, and frequent changes of government.

Although national parliament elections have been held in Nepal on more or less on a regular basis, there has been no local election or effective local government for 16 years.

Local elections have finally been announced for May 14 and June 14, 2017, but the damage caused by more than a decade of political vacuum is huge. The loss of political accountability to local people is one of the key factors of the failure of disaster recovery in Nepal.

Despite this, Nepalese people enjoy strong local social capital, which has helped them in times of distress and difficulty. Community leaders in Gorkha told us: “we work together at the community level to rebuild damaged houses one by one even when there is no support from the government or donors”.

Some local leaders have worked with their communities to build infrastructure, small roads, schools and hospitals. Nevertheless, these individual efforts are no substitute for strong and democratic local government.

In the aftermath of the earthquakes, Nepal’s National Planning Commission estimated that the country needed more than US$7 billion for recovery. The billions of dollars committed by international donors was not translated into a clear plan to direct the money, which meant it has had little impact in rebuilding.

The NRA, which should have led the major state response to the disaster, has been hampered by cumbersome administration. A proposal to allow the NRA to bypass the standard procedures failed to eventuate, and a senior official told us their work is slowed by inefficient and lethargic regulations.

The head of the NRA recently publicly criticised the slow pace of rebuilding, blaming overly inflexible procedures and a lack of strong political will.

Donors have therefore preferred to give to international NGOs instead of state options; in Gorkha alone there were 300 different NGOs operating immediately after the earthquake.

The effectiveness of these organisations has been questioned by independent commentators and academic researchers, some even describing the post-disaster aid industry as “disaster capitalism”. However, despite challenges, several NGOs have delivered vital relief in times of need.

Nepal still lacks effective and enforceable mechanisms to monitor the use of humanitarian support. Having the money is not enough; it must reach the projects that truly help people.

Nepal exists in a delicate balance between India and China, and a few months after the earthquakes a blockade between India and Nepal disrupted supplies. Nepal blamed India for the blockade, while India said the disruption of supplies was due to internal political problems in Nepal.

As a landlocked country, Nepal has historically relied on India for its basic supplies. India’s blockade led to almost total paralysis of not only the recovery work, but the entire economy. At the same time, in recent years China’s interest in Nepal has grown.

During the blockade, China provided free oil, but such one-off assistance did not address recovery needs. The competition between China and India for influence in Nepal has not resulted in any substantial benefit for those affected by the disaster.

Given the persistent seismic risks in the Himalayas, there is a need to create a coherent regional structure for disaster recovery. Yet internal tensions appear to have prevented the Nepal government from promoting serious international cooperation.

Since the entire Himalayas is prone to multiple forms of disaster, a region-wide research and recovery initiative, involving both China and India, is crucial.

Nepal is just one case of poor disaster recovery management. The questions we need to ask, two years on, are: how can we improve national and local government responses? How can international aid work with government efforts? And how can we foster regional cooperation?

Hemant Ojha is a Lecturer in the School of Social Sciences at UNSW; Eileen Baldry is a Professor of Criminology at UNSW, and Krishna K. Shrestha is a Senior Lecturer in Development Studies at UNSW.