Tonight I’ll be having new cycling lanes with a side of bike parking. 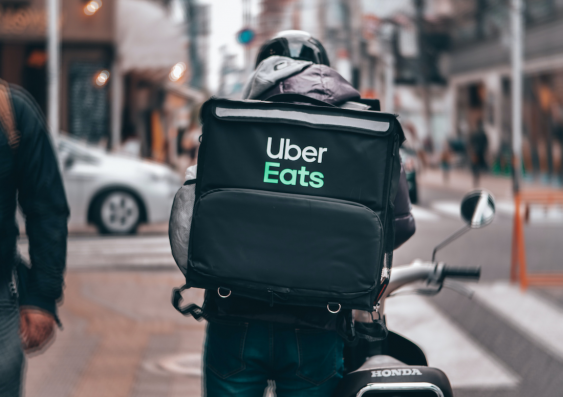 Between Menulog, Uber Eats, Deliveroo and Doordash, the abundance of food-delivery options at our fingertips is taking convenience to a whole new level. The rise of app-based food delivery services is undoubtedly changing the way we eat, but it is also exposing the urgent need to rethink city planning.

“We’ve moved on from just having the pizza delivery car … [but] government are still grappling with how to deal with these ‘new’ delivery services and seems to be way behind in being able to come up with solutions,” he says.

The urban science professor says that cycling infrastructure, in particular, is lagging behind the rise of app-based food delivery services and “struggling to keep pace with the change”.

“There hasn’t been a significant increase in cycle infrastructure, but we have seen a substantial increase in these delivery services over the past five years,” he says. “At the same time, you’ve also got the democratisation of cycle-based deliveries with the rise of electric bikes [like scooters], so now anyone can cycle through the undulations of the city.”

One reason for the delay is confusion about whether existing roads fall within state or local government jurisdiction. But that is no excuse, says Professor Pettit.

“We’ve got this issue that the governance of our roads is quite complex, which continually presents challenges in trying to plan and improve them,” he says. “The result across the whole street network is that we’ve got very limited dedicated cycle path infrastructure in Sydney and in many parts of Australian cities.”

The lack of adequate cycle-infrastructure leaves delivery riders with two options – brave the heavy traffic, or ride on the footpath.

“There is a rise of these bikes on the footpath, even though it’s illegal,” he says. “We’ve got very narrow footpaths in a lot of areas, which is bringing about some of the conflict with pedestrians, and it’s putting these riders in a very precarious position.”

In particular, the mass of delivery cyclists mixing with pedestrian and vehicle traffic is a recipe for disaster.

“We’d love to be able to get the data from some of these companies and understand what those pinch points are,” he says. “If we could get this data, we could be looking [at] where those hotspots and overlaying where incidents are occurring.”

Mobility as a service

Professor Pettit says the COVID-19 pandemic has only accelerated the demand for app-based delivery services, and the demand won’t be going away anytime soon.

“There were questions about how many people were dining in, full stop, before COVID … but now you’ve got an even greater increase in these sorts of services in a time where people can’t eat in restaurants,” he says. “On the one hand, it is fantastic because it’s keeping those local restaurants and eateries going. But the infrastructure isn’t there.”

“It is good to see government offering funding through schemes such as the $15million Streets as Shared Spaces grants. However, such funding is far from adequate, really just a drop in the ocean in comparison to the $100 billion of road and rail infrastructure projects in the pipeline across NSW.”

Professor Pettit admits the challenges posed by disruption-based services is perennial, and something federal, state and local governments need to work together on to better support innovation.

“When we’re seeing this rise in mobility as a service, with bikes and scooters, the change in behaviour in how residents interact with the city regarding experiences and exploring the city ... we need to get in place the right mechanisms in government, to support innovations around cities.

“We seem to be investing significantly in public transport, which is great. It would be great to see the same level of support for active transport like walking and cycling.”