International climate change talks will not save the planet by themselves, but they put important pressure on nations to do their part, writes Christian Downie. 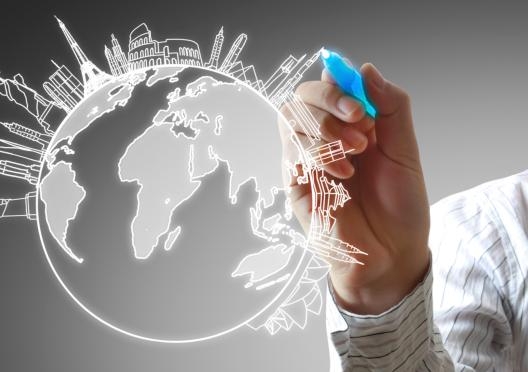 OPINION: After more than two weeks of negotiations at the United Nations climate talks in Lima, Peru, political leaders finally announced over the weekend that they had reached an agreement. For the first time, all countries, rich and poor, are expected to cut their greenhouse gas emissions, which are causing climate change.

The agreement calls on countries to publish their so-called nationally determined contributions to reducing global emissions ideally by March next year, and certainly ahead of the negotiations next December in Paris, where much of the detail is to be finalised.

Much lip service will be paid to the outcome in the coming days, especially the divisions between rich and poor countries, which have plagued the climate negotiations for almost two decades. But the question for many sitting back in their lounge rooms watching the evening news is do these negotiations matter?

At the opening of the negotiations Rajendra Pachuri, the UN's chief climate scientist, stressed the need for countries to take urgent measures in order to limit the global rise in temperatures to no more than 2°C. That is the point at which the impacts from climate change become unimaginable. If you want to try — just imagine the next bushfire season being worse than the last, until in 30 years from now loss of lives and homes seems an almost annual event.

The UN talks will not stop this from happening. As the US Secretary of State, John Kerry, put it "we are on a course leading to tragedy". International negotiations alone won't change the course, but if combined with domestic actions they just might. What countries like the US and China do domestically will have a much greater impact on future reductions in greenhouse gas emissions than any announcement in Lima.

For example, China's decision last month ahead of the G20 summit to stop its emissions from growing by 2030 could have a significant impact on our chances of keeping temperatures within the so-called 2°C guardrail.

Likewise President Obama's announcement that the US would emit 26 per cent to 28 per cent less carbon in 2025 than it did in 2005 will do the same. Also, the US President's decision to impose tough new rules on power plants is already having an impact on the US coal sector. For anyone who doubts that this is true, just ask US coal companies and electricity utilities how much harder it is now to secure investors following the announcement.

Every time countries reaffirm their desire to address the problem
it tightens the hold on those who want to do nothing.

So it is government domestic actions that matter most. These actions are the only way we can effectively reduce greenhouse gas emissions. But this is the key; international talks like the ones held this week increase the pressure on governments to act. Every time countries around the world reaffirm their desire to address the problem it tightens the hold on those who want to breakaway and do nothing.

Witness Australia's decision at the talks to contribute $200 million to the Green Climate Fund, which only one year ago Tony Abbott described as a "Bob Brown bank on an international scale". While the contribution is small compared to other countries, the backflip reflects the mounting international pressure that the Government is facing on climate change.

Although the decisions of countries at a national level to phase out coal, or switch to gas, or invest in solar power, is what will really reduce greenhouse gas emissions, increasingly international gatherings, such as APEC and the G20 last month and the UN this month, are building pressure for domestic action. And every time they do, the harder it will be for governments at home to shirk their responsibility to slash carbon pollution.

If the message from our closest ally wasn't clear enough in Brisbane at the G20 summit, it just became clearer this week, as John Kerry argued: "If you are a big developed nation and you do not lead, you are part of the problem".

Christian Downie is a Vice-Chancellor's Postdoctoral Fellow at UNSW and the author of The Politics of Climate Change Negotiations.

This opinion piece was first published in ABC Environment.