UNSW and the University of Sydney are collaborating to secure the future of several important foreign language programs, write Arts and Social Sciences Deans James Donald and Duncan Ivison. 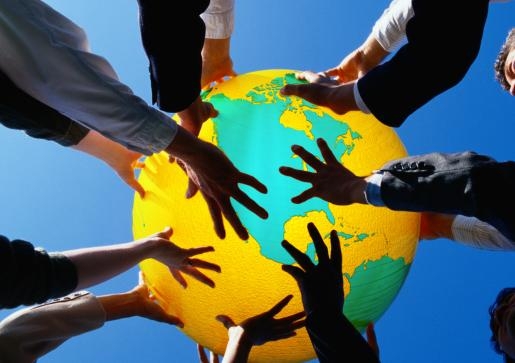 OPINION: Universities are more accustomed to competing than collaborating, but the universities of Sydney and New South Wales recognise that to secure the future of several important foreign language programs we need to put traditional rivalries aside.

Given that the University of Sydney is strong in these particular languages, and has larger cohorts of students and academics, it makes sense to locate them there. However, similar collaborative arrangements are likely to emerge that may see students travelling the other way, or between other universities.

The underlying impetus for change is the reality of limited resources and falling demand. Although both UNSW and the University of Sydney are deeply committed to language teaching we, like all Australian universities, face changing and uneven student preferences.  At UNSW, for example, Japanese, Chinese and Korean languages and studies are thriving but only 23 students are currently studying Indonesian.

Foreign language education at universities does not, of course, exist in isolation. Trends are linked to the study pathways laid down in primary and high school, and particularly to language studies in the senior high school years, which influence choices at the tertiary level. So there is cause for both concern and some optimism about the future of language education in Australia.

News that the proportion of students studying a foreign language reached an historic low in last year’s NSW Higher School Certificate exams is certainly unwelcome and will have a flow-on effect for universities. In the 1950s, about half of final year high school students studied a language, due to compulsory subjects like French and Latin. Today, it’s only eight per cent.

A similarly negative picture can be painted by comparing Australia to other OECD nations. On average, eight per cent of the compulsory school curriculum time across OECD nations is devoted to modern foreign languages for 9 to 11 year olds, rising to 13 per cent for children aged 12 to 14. In NSW it has been zero and about two per cent, respectively, which has arguably done absolutely nothing to imbue NSW students with enthusiasm for electing to study a language later on in high school or into university.

Australia is, however, rolling out a new national curriculum that emphasises language study and the Abbott government has set a target of 40 per cent of high school students studying a foreign language within a decade, premised on the need for greater engagement with Asia.

According to the draft Shape of the Australian Curriculum, Languages, the new national curriculum is being developed based on the assumption that all students will learn languages other than English from kindergarten to Year 8 and that the curriculum will provide for continued learning through to the senior secondary level. That sounds like good news, with the potential to boost languages at every level of education.

But part of the broader challenges facing language educators are the widely recognised pre-conditions for language programs to work well. One key pre-condition is recognition within the community of the intrinsic value of learning languages other than English; not just as a means of communicating with other people, but as a different way of thinking, a way of engaging with other cultures and as an intellectual exercise that enhances learning across the board.

Although many Australians are proficient in, or familiar with, languages other than English due to their cultural heritage – including indigenous languages – this rich diversity is not reflected in demand for formal language education. Language education also relies on a supply of well-supported and qualified teachers.  This is another significant challenge for schools and universities, and it explains why UNSW’s School of Education continues to provide training in Indonesian for prospective teachers.

When foreign languages are perceived as valuable we see a very different picture. The Indonesian studies program at UNSW Canberra, which serves the Australian Defence Force, is going from strength to strength with 80 students enrolled across three levels – a recognition of the strategic importance of Indonesian in engaging with our nearest neighbour and the value of those skills for a defence career.

The University of Sydney’s strength in Indonesian studies supports 85 academics across 12 faculties engaged in work related to Indonesia, including 25 fluent Indonesian speakers.

To foster language studies into the future, the Deans of the Faculties of Arts at Australian universities believe we must play to our various strengths and collaborate in doing so. We are all committed to supporting the humanities and we recognise that in some cases we can deliver better courses more effectively by combining resources. Collaboration, not competition, is critical.

In the longer term, however, the state of language education at our universities depends more on the success of policies to reverse the decline in language studies in our school systems and to inspire the community to value language skills – something the Faculties of Arts and Social Sciences at UNSW and the University of Sydney are committed to doing by working more closely together.

An edited version of this opinion piece first appeared in The Sydney Morning Herald.