Unprotected sex with casual partners - one of the key drivers of HIV transmission among gay men - has risen significantly for those aged under 25. 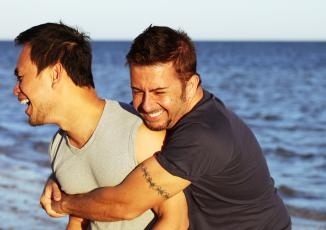 Unprotected sex with casual partners - one of the key drivers of HIV transmission among gay men - has risen significantly for those aged under 25.

The report, produced by UNSW’s Centre for Social Research in Health (CSRH), formerly the National Centre in HIV Social Research, will be released today at the Australasian HIV/AIDS Conference 2013. The ARTB 2013 draws on behavioural surveillance and research to identify key emerging issues and deepen our understanding of epidemiological trends.

“The rise in unprotected sex with casual partners has been occurring gradually over the last decade and we’re now at the highest level ever recorded in our surveys of gay and bisexual men,” said CSRH director, Professor John de Wit.

Professor de Wit says the rise in unprotected sex in younger men reflects findings that they are less likely to have been exposed to HIV prevention campaigns.

“This underscores the importance of tailored information for younger men who have a different experience of the HIV epidemic and are better reached via different information networks, such as social and electronic media.”

The ARTB 2013 also shows a significant increase in the proportion of people with HIV on antiretroviral therapy (ART) with an undetectable viral load. Nearly 70% of HIV-positive men in Queensland and about 80% in Sydney and Melbourne reported being on treatment in 2012. Among HIV-positive men on treatment the proportion reporting undetectable viral load has increased from 74% in 2003 to 93% in 2012.

Professor de Wit said this is encouraging in terms of treatment uptake but warns that decreased levels of the virus in the community are not resulting in fewer infections.

“The prevention benefits of treatment are being offset by increases in risk-taking that have been occurring among gay men since treatment became available,” he says.

“The importance of the social and behavioural research that is brought together in the ARTB 2013 is that it helps understand trends in HIV, STI and viral hepatitis infections. It also offers guidance for effective responses by highlighting the perspective of the users of programs and services,” says Professor de Wit.